By SteshaChichi (self meida writer) | 20 days

Alshabab is one of deadliest Terrorists group that has been causing Troubles in several part's of East African countries, specifically Somaliland. They have been conducting deadliest attacks on civilians, through bombs and gun fires. In Kenya, they have carried out several attacks that left people dead and many families displaced.

Well, according to daily monitor news, one of the top Alshabab Commander was killed by an Ambush from government soldiers. It is claimed that, his home was raided by several specialized forced who flushed him out from his hidding. He is one of top Officials that have been on wanted lists for many years.

"May his soul rest in hell. He has killed several people directly and indirectly. It's time he faces the rath of Allah. Those melitia who died alongside him should have known better. Now they're dead and will be forgotten by many people like they never existed." Posted David.

"Alshabab will be finished one day, those people will beg for Mercy when there time comes. They will run but there will be no places and for them to hide. Time is almost here." Posted Debra.

"Atleast some good news, he should have been killed in public. It is high time the world Joins hands in fighting this terrorists who are hidding behind religion. They're separating people on that line, to get support. There time on Earth is almost ending. Good job soldiers." Posted David. 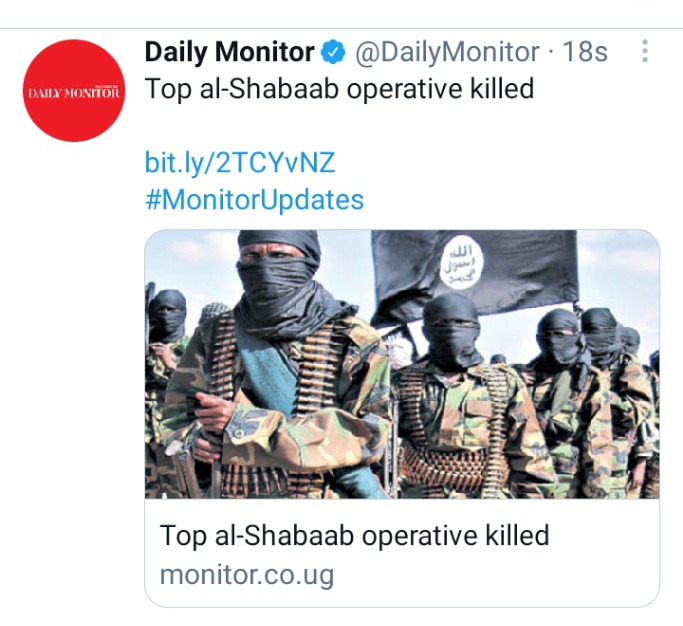