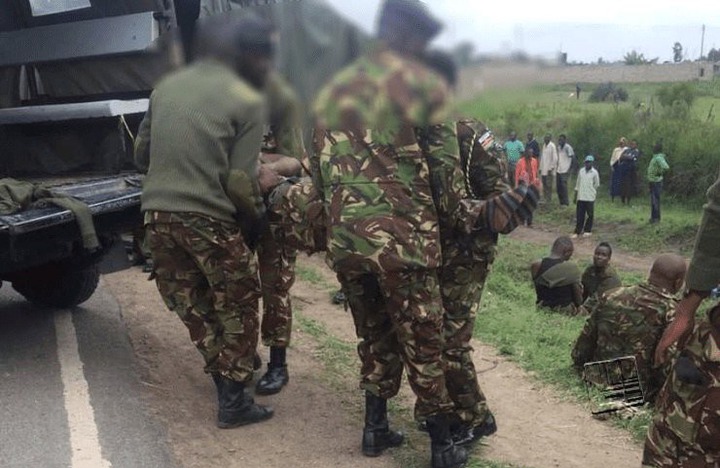 In a terrible collision near Turbo, two matatus and two trucks were among the involved cars.

At least one person died in the accident, and three of the six fatalities were KDF soldiers, according to the most recent information from the area.According to reports, the three troops had recently received their diplomas from the KDF training facility in Eldoret, where a pass-out ceremony was held on Friday.Even President Uhuru Kenyatta attended the presentation ceremony, praising the military for the wonderful work they are doing for the nation, from guarding our borders to reviving government agencies' profit margins.

Three of the six people who died today on the Eldoret-Webuye route were KDF soldiers who had just graduated from RTS, according to the source at the Juacali Police Station. 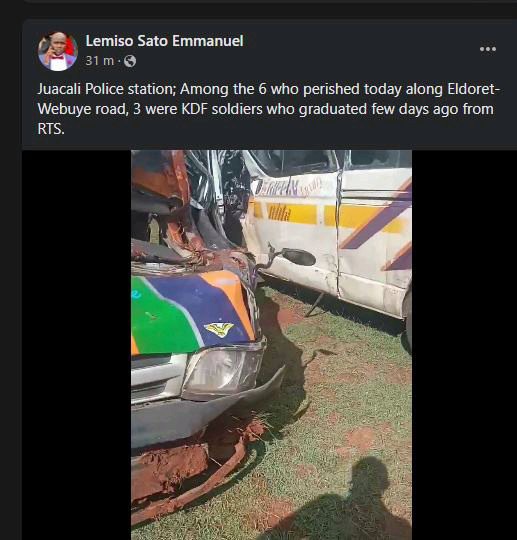