By Felosoft (self media writer) | 1 month ago

Nandi county detectives are currently holding a supected female terrorist who has been attending the recently concluded Kenya Defence Forces recruitment exercises incognito. DCI say the woman was arrested following a viable tip from the members of the public. 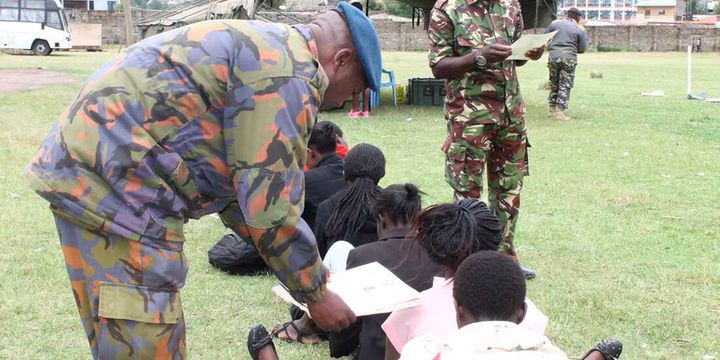 According to reports by DCI, the woman, 22, confessed to having trained in weapon handling, kidnapping, robbery and use of explosives for two years with Al-Shabaab. Police officers based at Songhor police station received a tip off from locals about a woman who was cohabiting with a man in Kamalambu village but appeared suspicious," said Mr Kinoti.

The police say the woman was arrested Tuesday evening and taken to Kapsabet police station. They say her motives have not yet been established but the Anti terror detectives in Eldoret are investigating her.

Her arrest has raised several questions on to how she accessed the department and why she only targeted her worst nightmare.