Details of Powerful Military Helicopters Ruto and Gachagua Use, Capable of Scanning Images 5KMs Away

In his recent tour to the Nyanza region, His Excellency William Samoei Ruto, the President of Kenya received a warm welcome from residents and engaged directly with elected leaders. In his two day working visit, Ruto was carried in a Kenya Air Force Military helicopter, tail number KAF 1806. 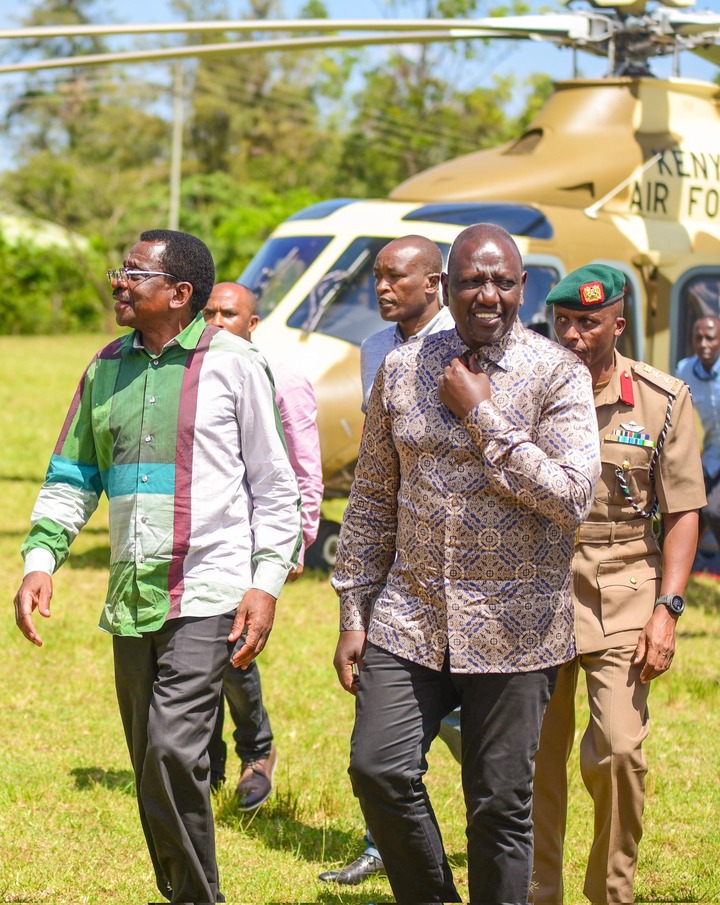 The helicopter is one of the AW-139 helicopters (KAF-1802, KAF-1804, KAF-1806) that were delivered to Kenya by Italy based Leonardo Helicopters in a fulfillment on a 2018 order by the Ministry of Defense. The AW-139 helicopters are used together with other powerful choppers in the Military service including Mil Mi-171E, SA330 Puma, MD Helicopters MD 500, Bell UH-1, Eurocopter AS350 which are highly reconfigured to provide classified VIP usage in the country. 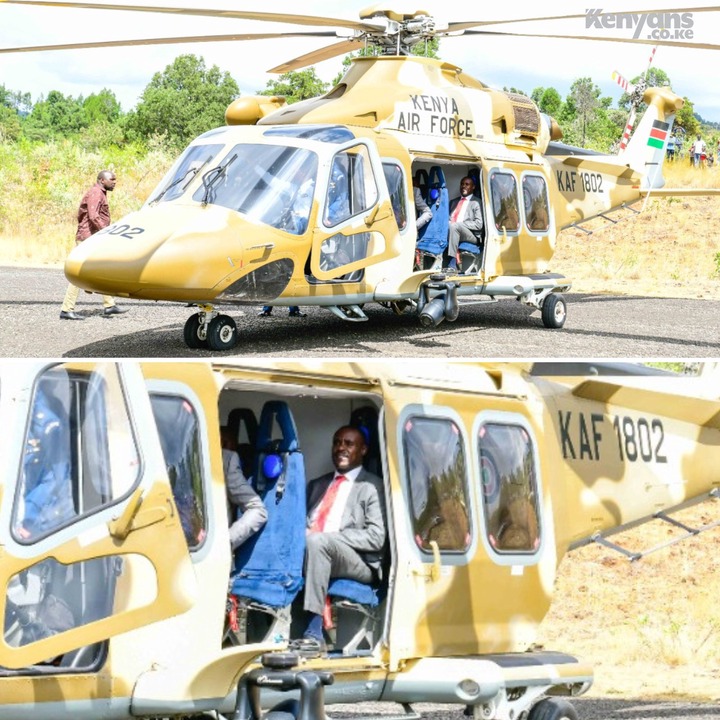 Sources in the Kenya Defence Force has it that several of these military choppers were procured, sourced and meant to beef up the VIP fleet that is usually at the disposal of the President, Deputy President and other high-ranking government officials who may be required or in need of emergency VIP travel. 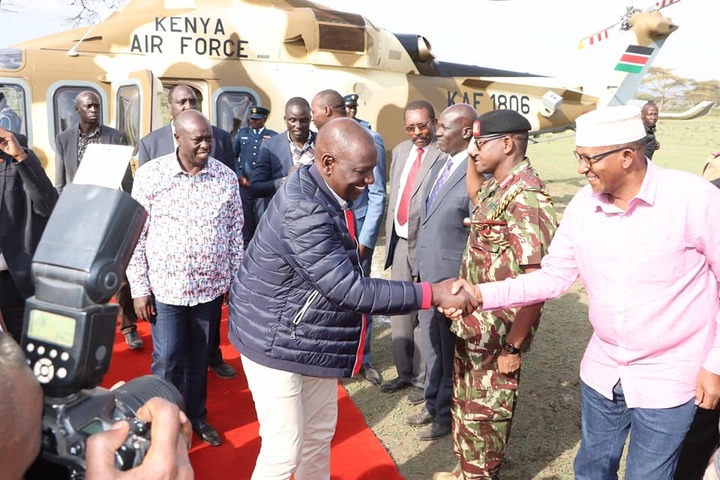 How much do you know about this military chopper?

Being the commander in chief of the armed forces, President Samoei William Ruto and his entourage usually have various helicopters at his disposal whenever they wants to make short travels within the country as listed above. He can use them depending on the urgency of his tour and for safety purposes. 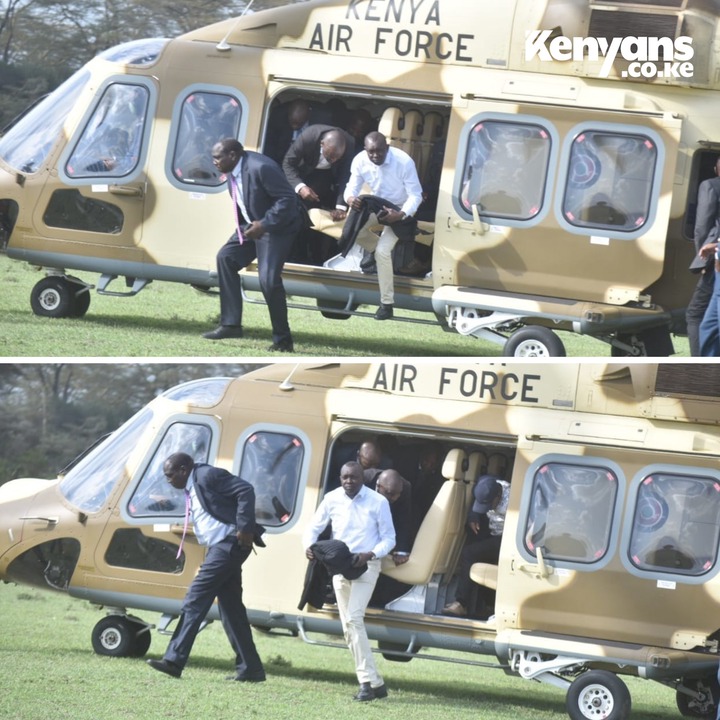 Whenever the President, Deputy President and other dignitaries wishe to use these helicopters, They are configured and put into what is known in military code and embrace as presidential mode where the helicopter is fitted with an emergency toilet, soundproofing, air conditioning and a public address system added. The military helicopter carrying the head of state as witnessed recently in Kisumu is usually escorted with two others, one of which he can use incase of emergency and the other carrying his entourage and security details. 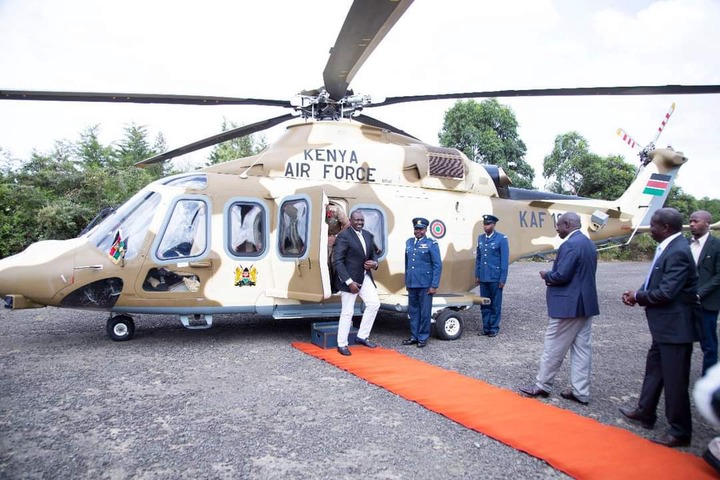 These Helicopters owned by the Kenya Defence Forces are preferred since they bring unrivalled pedigree, as the best-selling twin-engine helicopter in its class with more than 1,000 units in service with customers worldwide resulting in a greater cargo volume and payload-carrying ability. Normally the president uses two or three military choppers whenever need arises. The first carries him and his entourage of close friends and top security men, his Press secretary, State House Comptroller and the Escort commander. 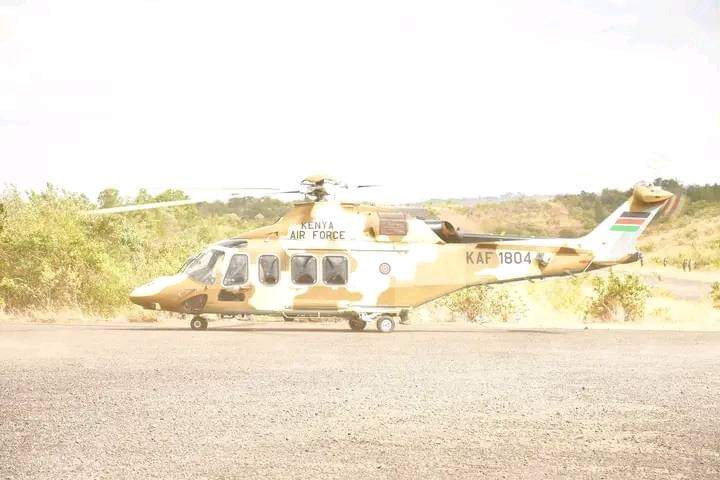 The second one is for the Deputy President and the Presidential security team (KAF 1804). These Kenya Air Force choppers have a sitting capacity of fifteen (15) passengers. The power chopper is normally manned and piloted by a category "A" military officer of the rank of a Major, Lieutenant Colonel, Colonel and above. 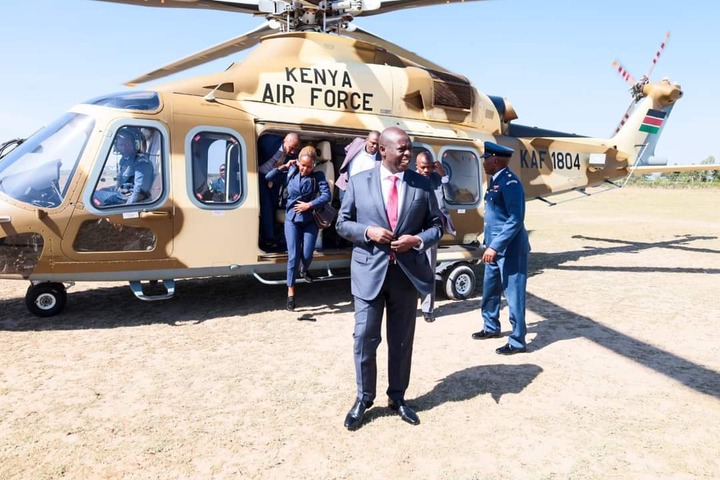 The choppers also have the capability of operating day and night, as well as in a wide variety of climates and are fitted with an under-nose low-light TV and infra-red observing and tracking unit. It's also equipped with a camera capable of scanning car number plates and zooming into individuals in a crowd within a range of at least five kilometres. The helicopters have a Maximum speed of 310 km/h and a Cruise speed of 306 km/h and can endure a 5 hour non stop fly of around 5 hours. 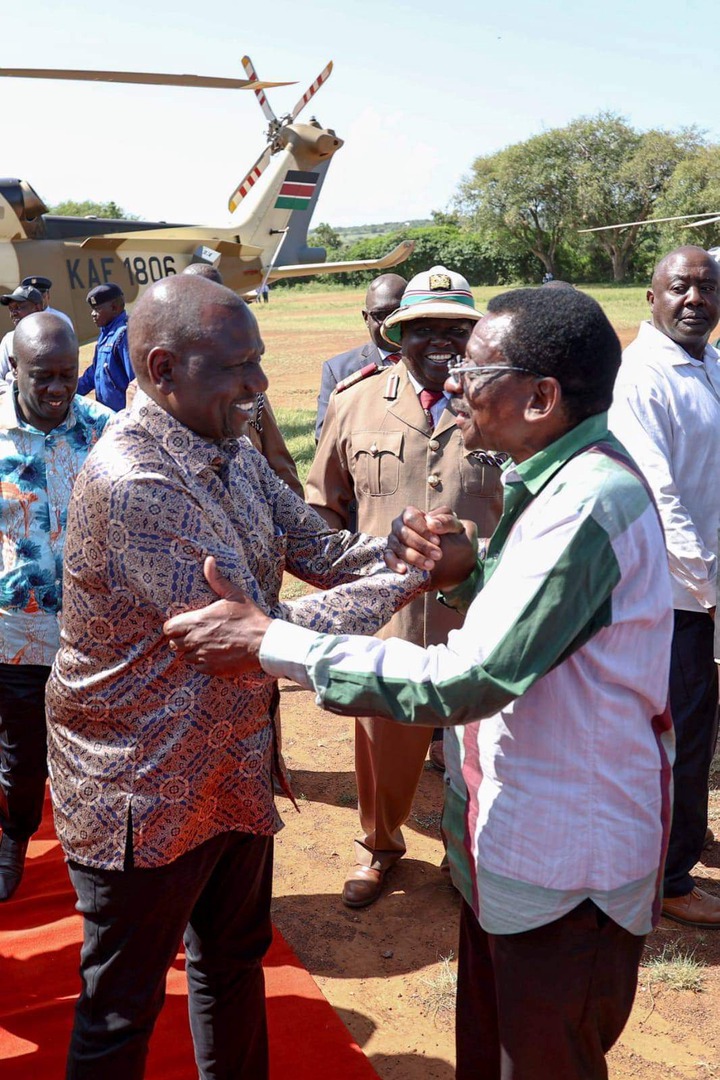 The choppers have a variety of roles including ground attack, air assault, cargo, reconnaissance and troop transport. They can carry 10 armed soldiers.