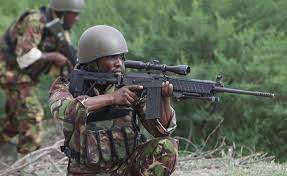 The Rapid Deployment Squadron of the Kenya Air Force is an elite Special Forces force that terrorizes many of the region's foes.

It is a very young formation, having been formed by happenstance only recently.

The unit makes sure that pilots and airmen shot down in hostile territory are rescued as soon as possible without being captured by the enemy. The Kenya Air Force also fights in Somalia against the Al Shabaab terrorist organisation, which it continues to dominate. 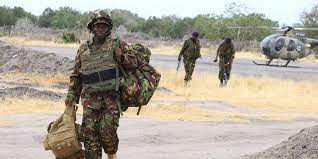 While the Kenya Air Force was fighting in Somalia's southern region a few years ago, a Kenyan pilot went missing. After his plane crashed owing to mechanical problems, the pilot of an F5 fighter jet was reported missing.

The wreckage of the fighter jet was found, but the pilot was nowhere to be found in the Al Shabaab controlled area.

According to reports, the pilot managed to get out of his plane before it crashed. This incident prompted the formation of the Special Forces Rapid Deployment Squadron, which is tasked with ensuring that such valuable airmen are rescued on time. 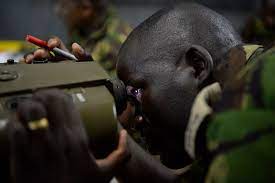 The Rapid Deployment Squadron has completed several of these operations, as well as supporting residents around the country in times of need.

Clothing Items For Guys To Look Better in Campus

Raila And Allies Given Two Tough Rules To Follow While In Embakasi Church.