By SamwelOnyati (self media writer) | 25 days ago

President Uhuru Kenyatta today appeared in a full ceremonial Kenya Army regalia when honoring Navy officers who died while serving the country,in statehouse official Facebook account President Uhuru Kenyatta was in Manda Bay in lamu county respecting those who had fallen since the country gained its independence,among those who were present were Army generals picked from both Kenya Army and Kenya Navy who were also paying their respect to their gone colleagues,The head of state was seen leaning on a monument which is usually used to pay respects to dead soldiers who have served this country with diligence and honor. 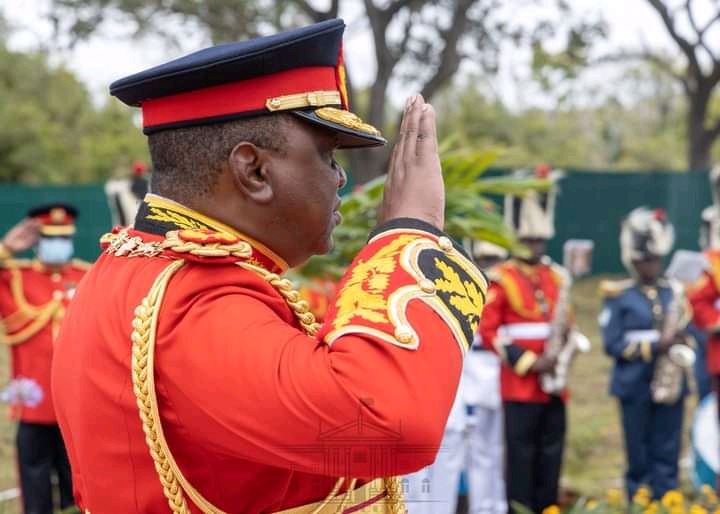 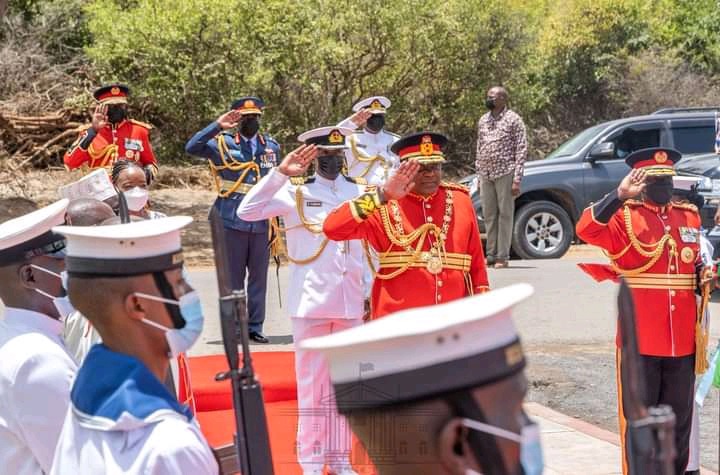 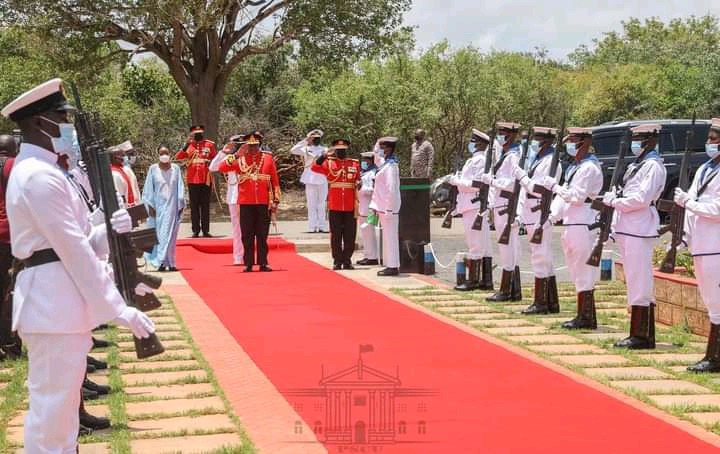 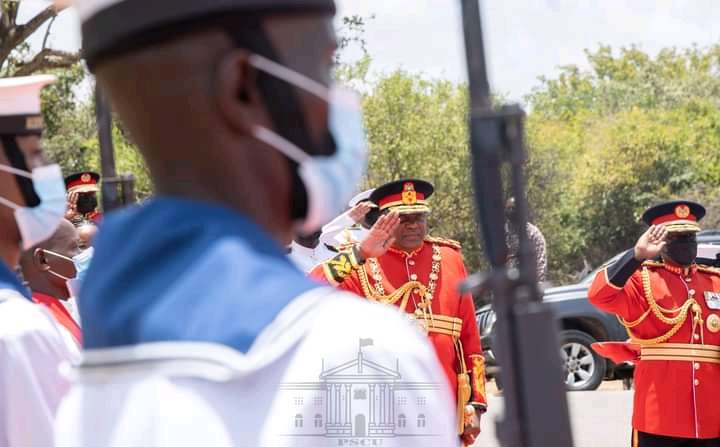 However President Uhuru Kenyatta is scheduled to attend another event in the military camp,according to statehouse communication team they posted of an event named Presentation and trooping of the colour ceremony which takes place every year in Lamu,since last year its the first time President Uhuru Kenya has been spotted in a military regalia. 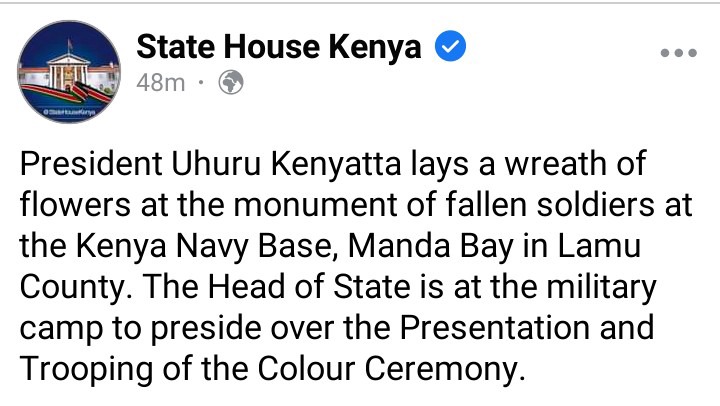 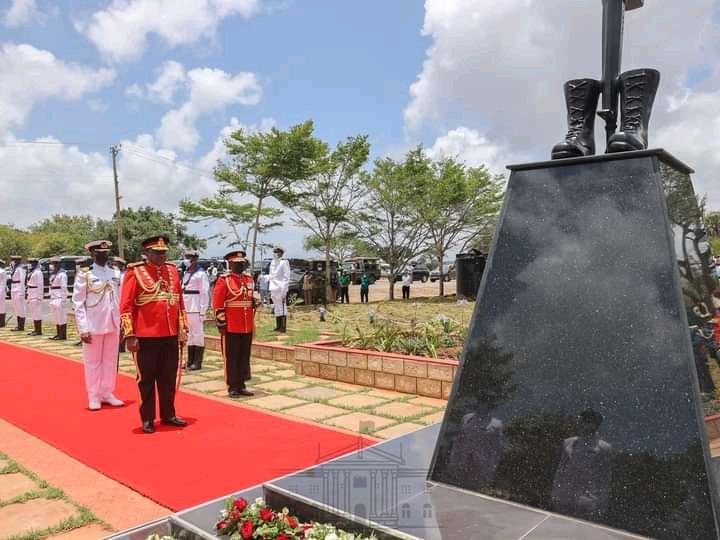 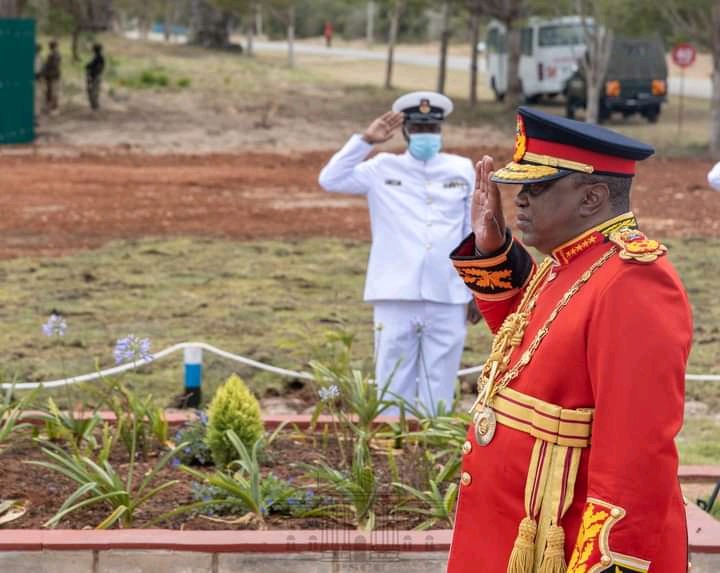 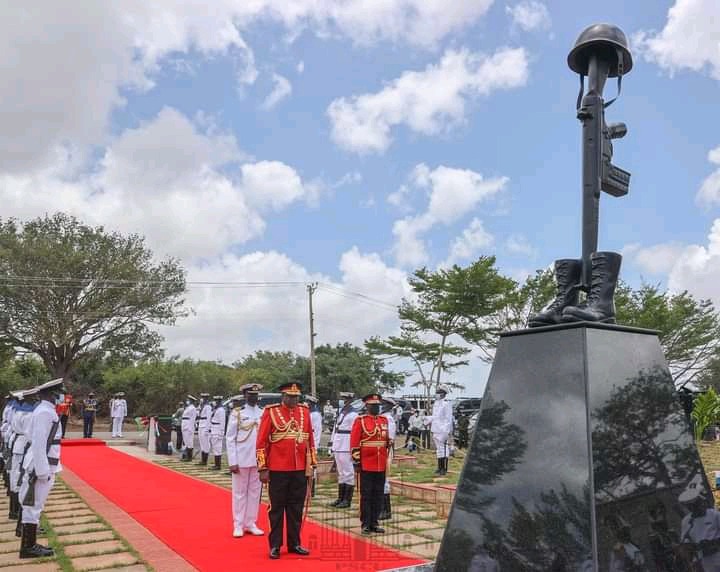 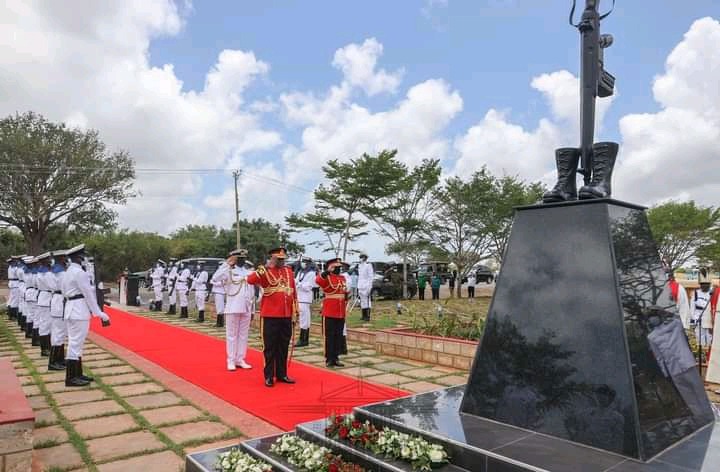 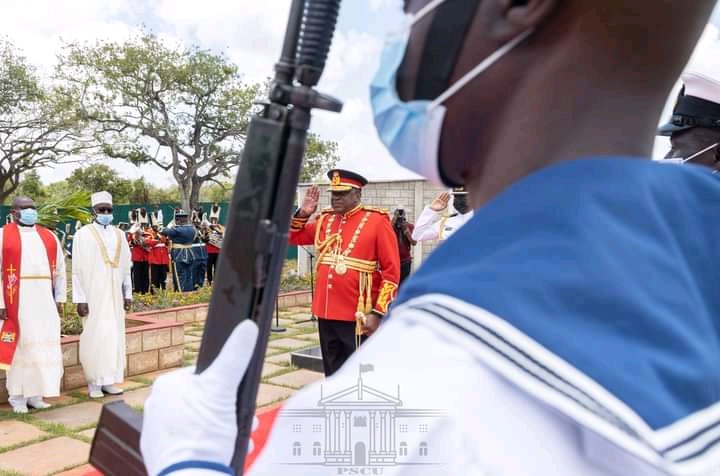 Today President Uhuru Kenyatta is set to address the nation after his military event has been concluded,Kenyans are expecting him to address fuel issues and ease Covid-19 restrictions which they have been complaining about.