By PreciousNewz (self meida writer) | 25 days

The Kenya Defense Forces are mourning the sudden death of several soldiers who died after their patrol car hits an improvised explosive device(IED). 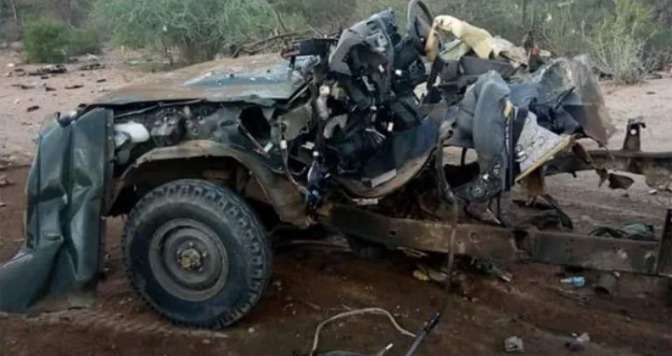 According to the source, the sudden incident occurred at a place known as Baure in Lamu county. Sources have it all that the vehicle was exploded killing all the soldiers who were in a patrol vehicle.

The IED was said to have been planted by the suspected Al-Shaabab who might have either targeted the Kenyan military or the innocent people within the region. 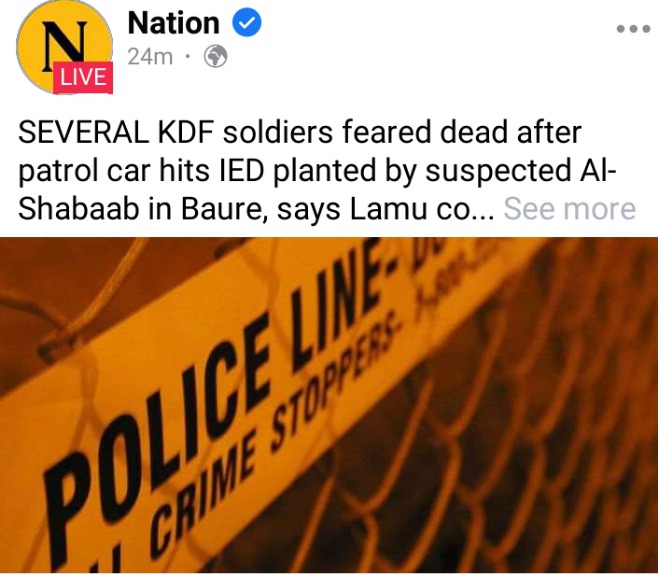 The sad news was confirmed and announced by Lamu commissioner Mr. Irungu Macharia, he also said that several soldiers were deployed in the region to neutralize any attack that might have been planned by the enemies.

Kenyans online joined in sending their condoling messages to the Kenya defense forces and the family of the soldiers who died in the line of duty. May God grant them peace during their difficult times. 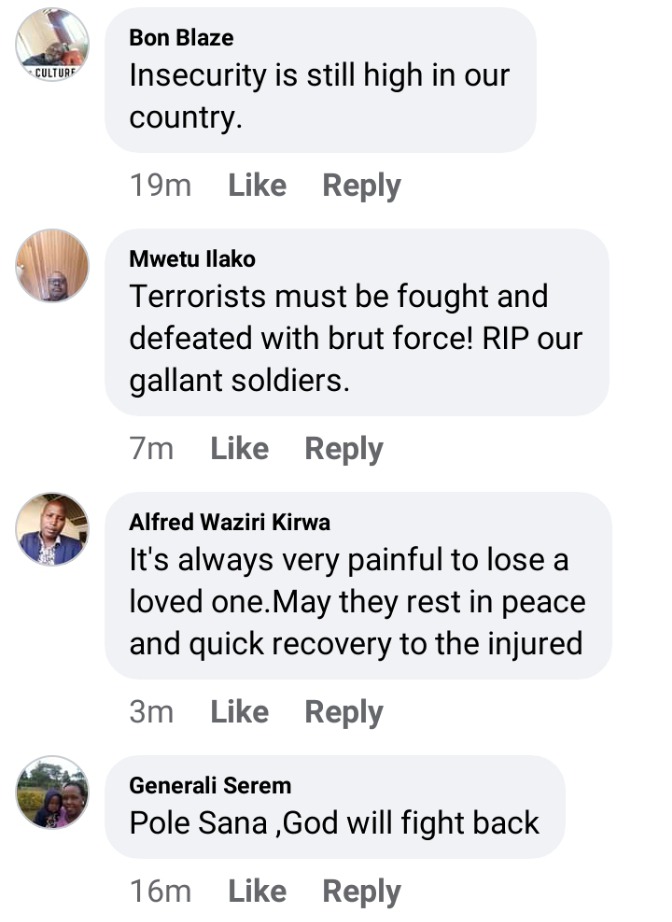 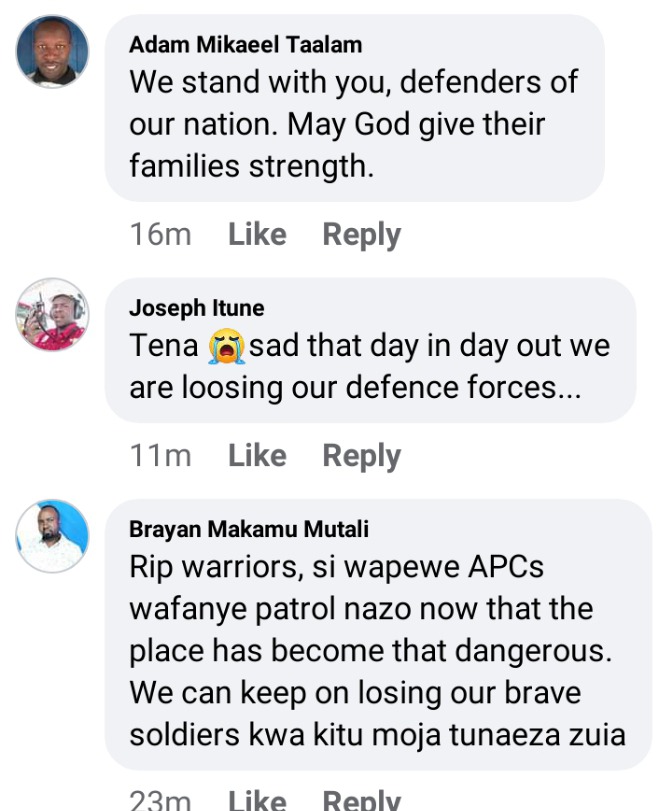 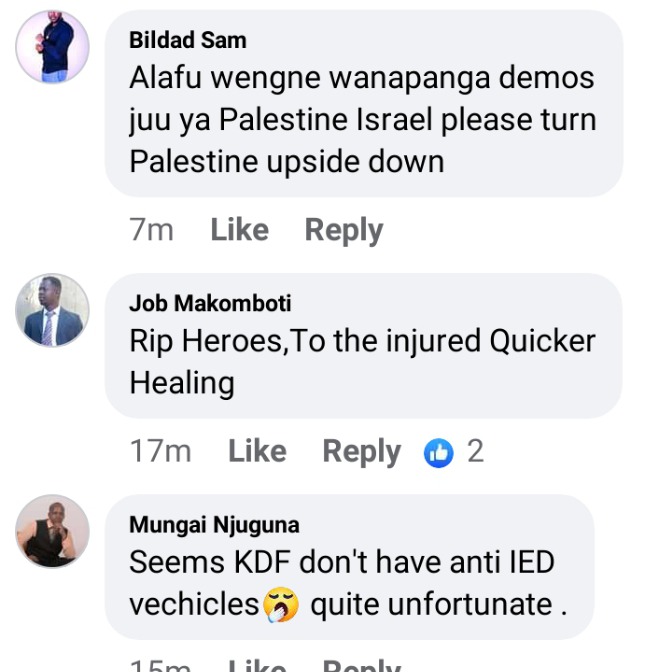 Content created and supplied by: PreciousNewz (via Opera News )

Reactions as Kanini Attends ACK Church in Kangema, Says This Over The Unity of Mt Kenya Region