By SWITCHTVKENYA (self media writer) | 10 months ago 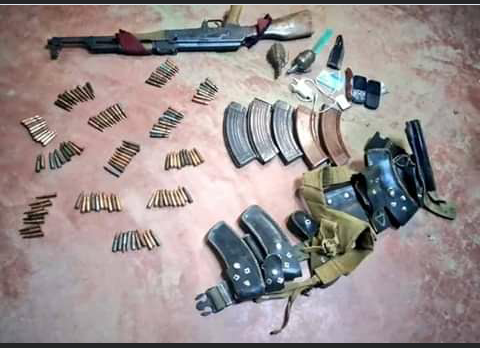 According to the DCI, the two were driving a Toyota probox which after suspicion by the detectives was ordered to stop. However, the suspects engaged the police in a running battle. It is hence during the run out when the suspects opened fire to the police vehicles.

A hot exchange of bullets between the suspects and the police led to a surrender of one of the two vehicles. A search of the vehicle saw the police revover 1 AK47, 128 rounds of ammunition and two grenades.

Police have started man hunt for the other vehicle that escaped with the suspects being interrogated to give substantial information.

Content created and supplied by: SWITCHTVKENYA (via Opera News )