Sad: Another African Leader Attacked By Government Soldiers At Home

By Pressbyte (self meida writer) | 13 days 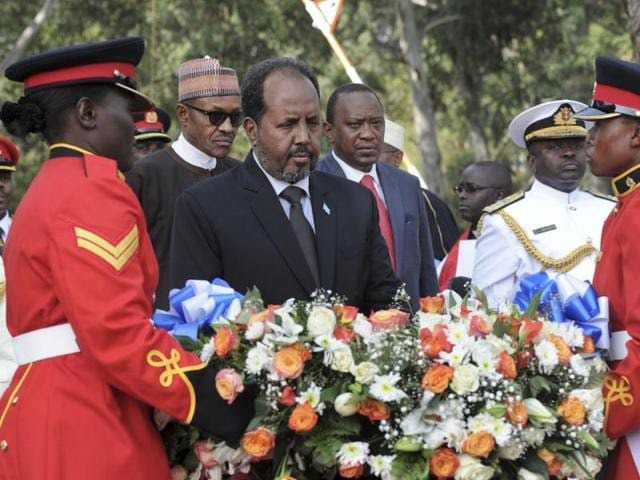 Having retired from active politics, it is normally abnormal for the home of the former State leaders to be attacked by those in power. This is, however, not the case with Somalia's government.

With unrest being witnessed in Somalia's capital— Mogadishu, home of the immediate former president has been attacked by government-backed forces.

Speaking out inform of a tweet after the attack, Hassan Sheikh Mohamoud informed that his home, located in Marines HQs near Mogadishu was attacked by government sided soldiers. He blamed the incumbent president; Mohammed Farmaajo for the attack, and said he might have been behind it.

This comes amid tensions in the country's capital after soldiers, which have since split into two— Rebel soldiers and those loyal to President Farmajo's government— moved towards fought each other. Loyal forces have sided with Farmaajo while rebel have sided with the opposition.

The reasons behind the tension, Garowe online reports, is the extension of the term of president Farmajo by two years by Lower House in Somalia a few days. The opposition is said to be unhappy with the term extension, and have urged Farmajo to step down to allow elections, which were supposed to be conducted in February 2021.

Kenyans Urged By The Kenya National Examination Council To Ignore The Following News.

Political Analyst Opines What Will Happen to BBI at The Referendum