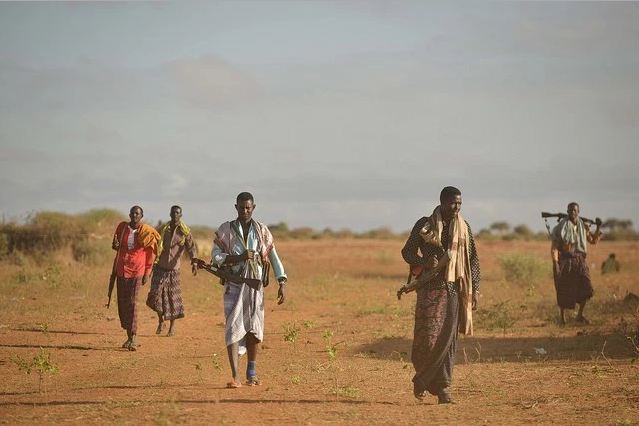 Hell broke lose today in an Al Shabaab base West of Beledweyne city in Somalia after a local clan militia group paid an unexpected visit/attacked the camp.

According to Garowe Online, a renown local news agency in Somalia, the unexpected 'visit' ignited a heavy gun fight between the armed clan militia group known as Ma'wisley and members of the notorious Al Shabaab. The fight lasted several hours. According to Hiran military officials, no deaths have been reported but both sides suffered severe casualties.

Hundreds of clan based militias who claim to be protectors of their particular clans exist in the war war ravaged country of Somalia. They also play a key role in peace keeping and help the government counter attacks launched by Al Shabaab. Last month, clan based militias joined the Somali National Army in repulsing Al Shabaab militants who tried to attack a convoy of peacekeepers. Over 70 militants were killed.