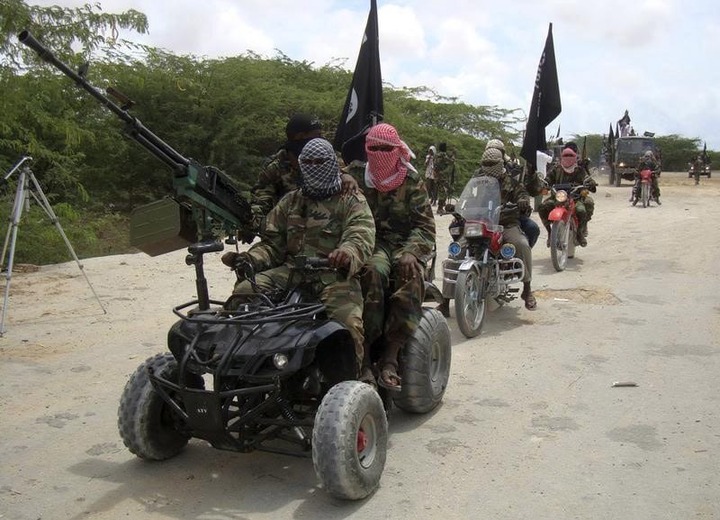 A heavy exchange of fire ensued between Al-Shabaab militants and government forces in the Elba’ad village located in the Buloburte District of the Hiiraan region on Thursday morning, resulting in dozens of casualties.

According to media reports from Somalia, Somali National Army (SNA) carried out a planned operation in the Elba’ad village where they gunned down at least 31 Al-Shabaab militants.

The Army went ahead and shared graphic images taken from the crimes scenes. In the pictures, they shared, bodies of gunned down terrorists were all over the place. 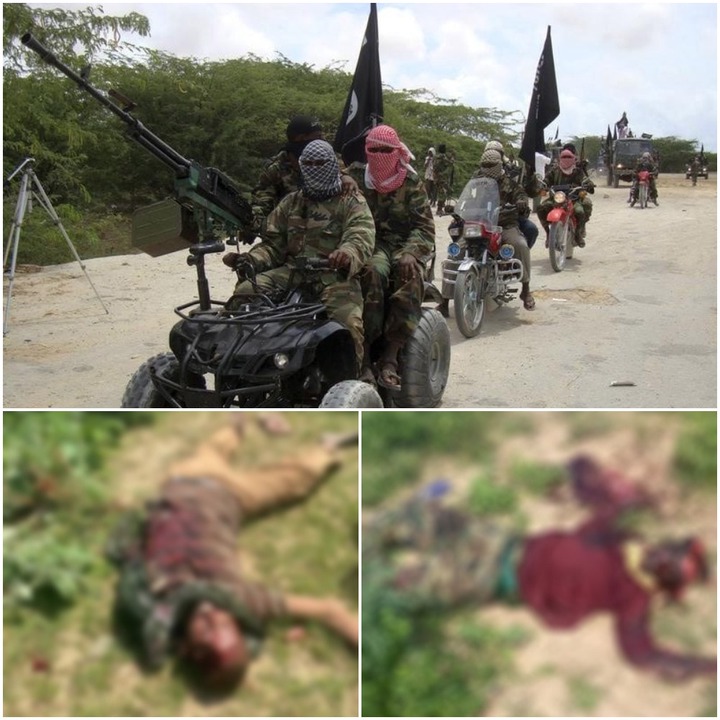 "31 Al-Shabab militants were killed in a planned operation conducted by the Somali National Army in Elba’ad village under Buloburte district of Hiiraan region on Thursday morning, SNA officials confirmed to State media," read an update from Somalia Nationa TV.

The Thursday morning attack against Al-Shabaab is one of the many recent attacks that have been happening since the month of June started. 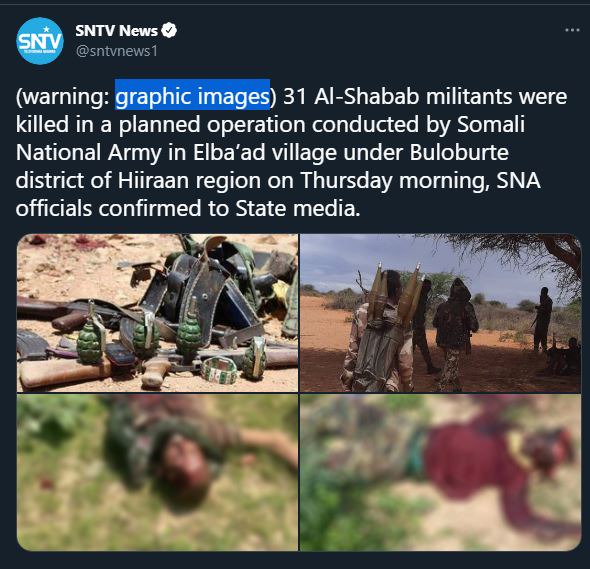 Screenshot showing some of the bodies of the 31 militants that were gunned down.

SNA's special forces led by Gorgor commandos and Danab commandos have at the forefront of the many offensive attacks they have been carried out.

For starters, Gorgor is a group of elite forces that enjoy special training from the Turkey Forces while Danab Commandos get training from both the UK forces and the US forces.

The two groups are the most feared units in Somalia. Most of the operations they have carried out went through positively.

More than 200 militants have been killed since the operations started.

Below are some of the pictures that the Army shared. 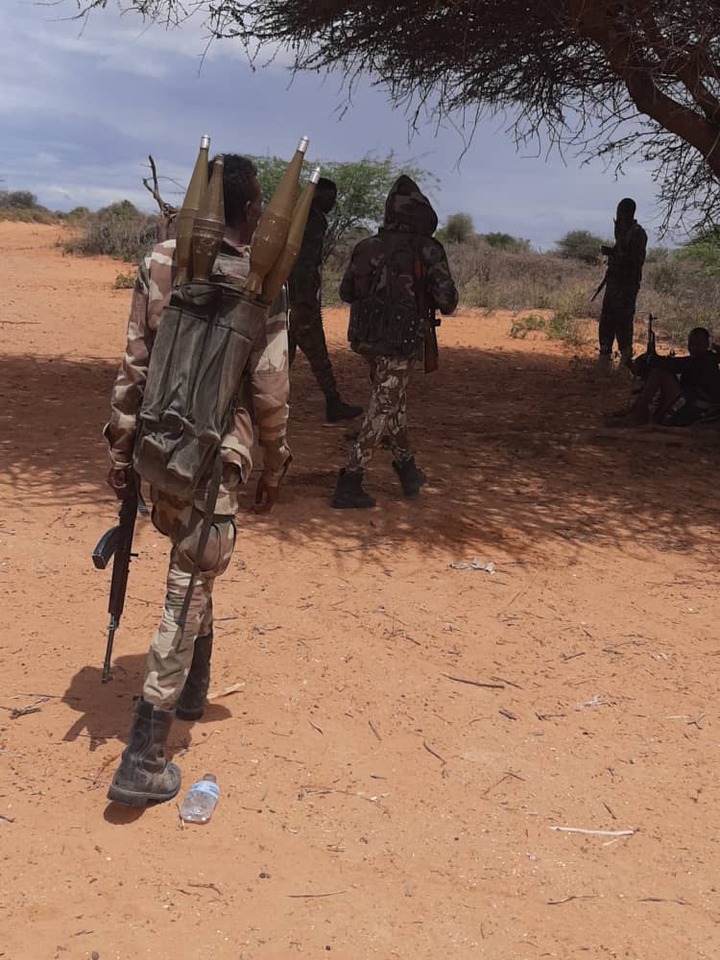 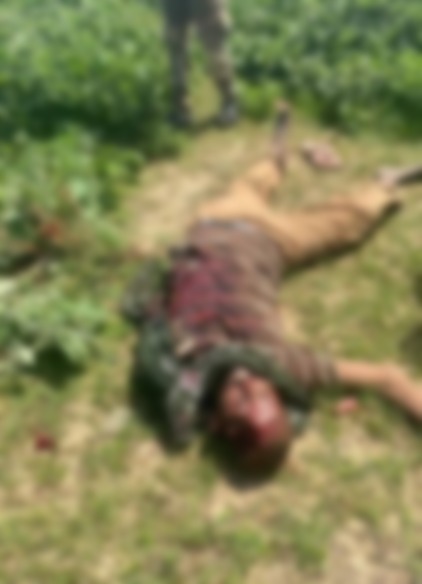 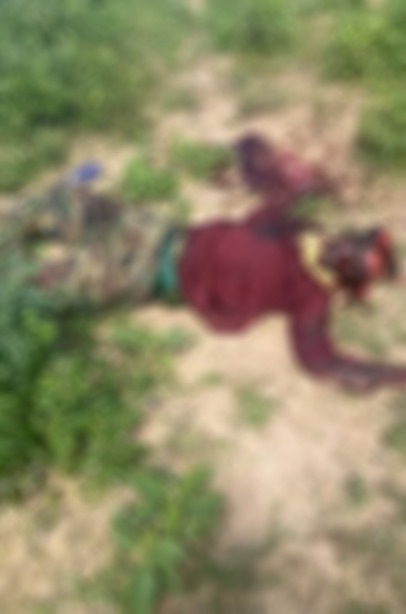