The Mombasa anti-terrorist unit is in pursuit of one terror suspect believed to be behind a series of botched terrorist attacks. 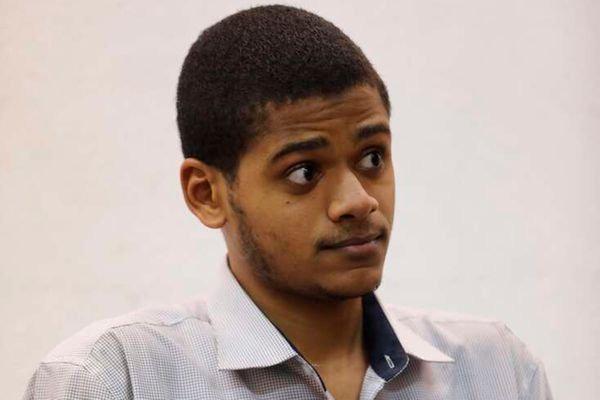 for involvement in the Mombasa terrorist attack that was thwarted by police officers. The 28-year-old man who is commonly known as Chotara is believed to be heavily armed and a smart schemer of in terror attacks.

This comes days after his two accomplices were arrested in Mombasa in the botched plan and taken for interrogation. The two were presented before the anti-terrorism court in Nairobi where plice asked for 21 more days to complete their investigations. 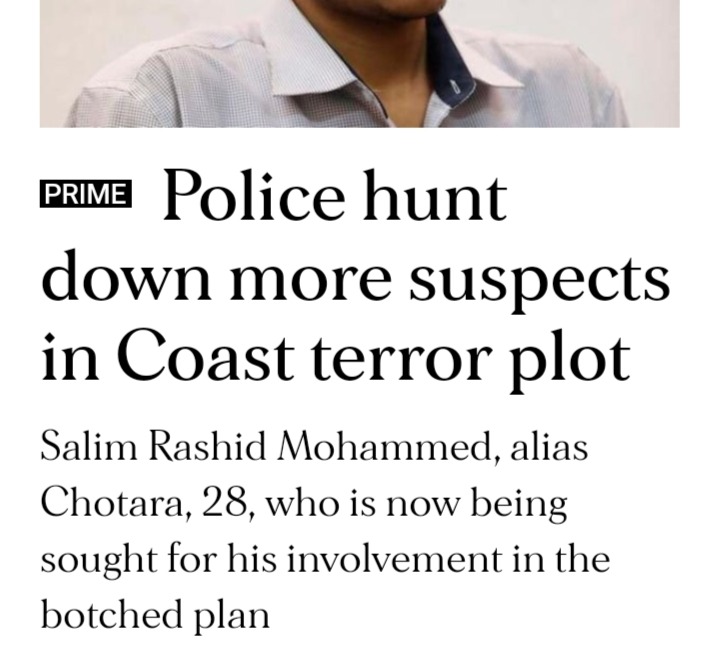 The two terror suspects were arrested by Special Forces detectives and Anti-Terrorism police in Mombasa on Monday.

They were arrested at the Likoni ferry crossing station around 10am.

A video clip posted online detectives were seen circling the prbox car with registration number KCE 695U before arresting the two.

Two AK-47 rifles, cell phones, ammunition and other items were recovered during the joint operation.

Police Commander Manase Musyoka said an investigation had already been launched into the matter. 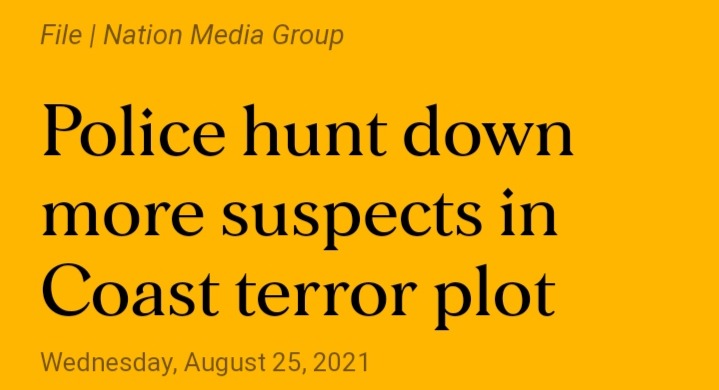