By Shahhhh (self media writer) | 15 days ago

A number of kenyan defense feces soldiers were today forced to go after a group of bandits who had allegedly stormed a local village after which they stole a number of goats and sheeps. 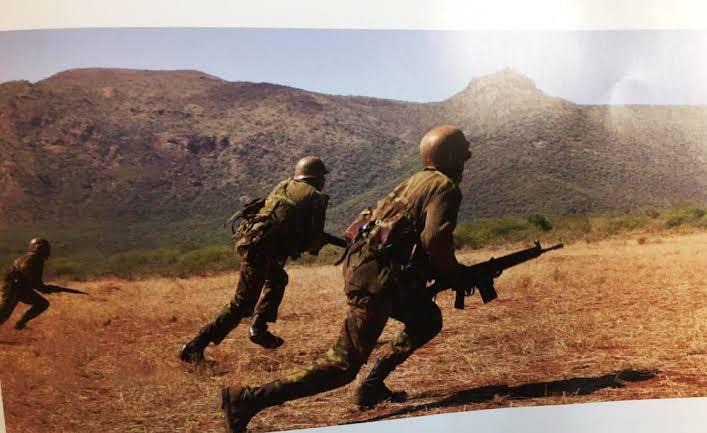 According to the reports given by a reliable source of information, it has been revealed that the armed suspects allegedly stormed into one of the villages after which they threatened all the locals and took 114 sheeps and goats.

However, these villagers rushed to the police station after which they alerted the police revealing what had happened and in attempts to stop the suspects, a number of Kenyan Defense Forces along with different security teams went after them.

Luckily, the suspects who had not gone very far were caught up with or rather met one on one with Armed forces and in attempts to escape, they immediately started firing at these police officers who also retaliated by shooting back at them.

According to the reports given by TV47, it has been revealed that the police were able to recover all the stolen animals adding that the suspects escaped but at the same time, nursed injuries from the battle after some of them were shot in the process.

This is happening at the same time when the government has revealed that they have deployed a number of Kenyan Defense feces soldiers in Laikipia and Baringo all with the aim of reducing the increasing rate of crime and bandit attacks in in the region.

In the past few months, a number of people have allegedly lost their lives in these attacks where several police officers have also been killed by these bandits. In order to get rid of this problem, the government revealed that they were going to send the Kenyan Defense forces to solve this issue. 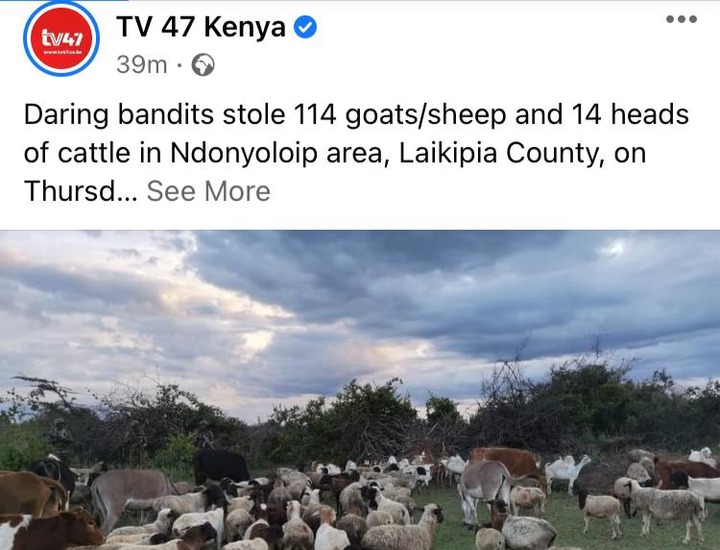