By @Maurice (self meida writer) | 9 days 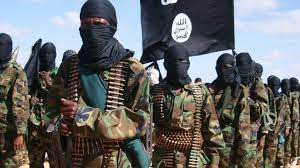 A young man who dropped out of school and joined a terror group didn’t live to realize his dreams; he died in a suicide bombing in Somalia, aged 17.

Brought up in Majengo Nairobi, by a caring single mother, the boy’s mind and conscience failed to resist external forces that would later seduce him to join the dreaded Al Shabaab.

The mother’s fears that her first-born son had joined Alshabaab were confirmed when she realized he had disposed of all his photos which were in their house, leaving nothing to identify him.

His initial disappearance from home worried her mother to the core, prompting her to place a radio announcement in a desperate bid to have him return home.

Little did Hidaya, the mother, know that the radio announcement would bring her trouble with the authorities, family and friends after they heard her broadcast her fears of the son joining a terror group. They thought she had sold off her son to Al Shabaab for Ksh1 Million.

True to her speculation, after four years, it was brought to her attention that the son had died from suicide bombing in Mogadishu, Somalia, leaving her mother in deep trauma.

Perhaps this will serve as a warning to youth who may fall in the same trap that their lives stand to be ruined.

Content created and supplied by: @Maurice (via Opera News )

Lessons To Learn From Murder Of University Student