Heavy Gunfire Reported as Alshabaab Strike Again in The Country

By NewsKenya (self meida writer) | 29 days 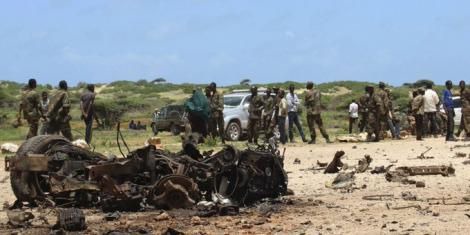 In a statement to the press, the national police service said a multi agency team is in hot pursuit of suspected Alshaabab militants who launched an attack in the country on Friday morning.

"The ambush which took place at 6 a.m in Banisa during routine border patrol, has unfortunately left five of our police officers injured and they are currently receiving medical attention," the police noted.

According to authorities, the militants are suspected to have sustained serious casualties after engaging in a heavy shootout with our officers who overpowered the terrorists.

The authorities have said they are vigilant and an operation has been launched to hunt down the militants and bring them to justice.

The incident comes just a day after a number of KDF soldiers were seriously wounded after their vehicle hit an improvised IED before exploding.

The soldiers were travelling from Baure camp to Kenya- Somalia border, where a construction of a wall is currently ongoing.

Unfortunately, 3 soldiers later succumbed to their injuries according to KDF. 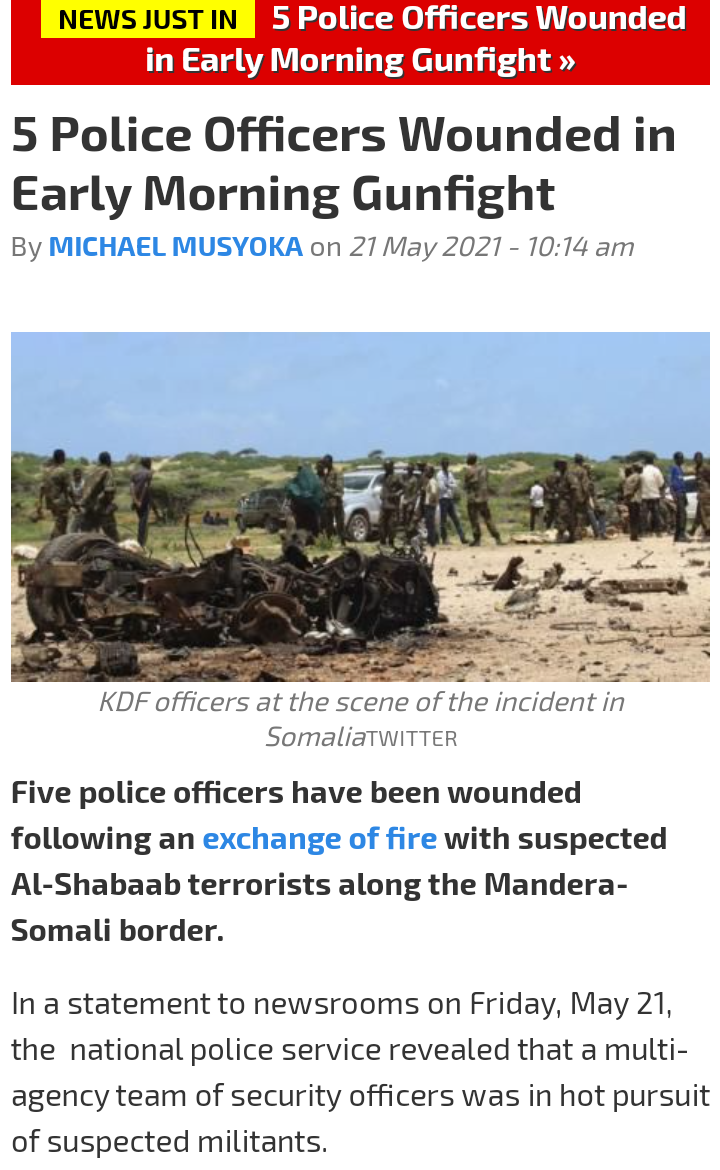