By BeckyTu (self media writer) | 3 months ago

To be quite honest if the Russians are going to invade they will not do it until May or June. This is because its the Ukrainian winter, it rains from February to April and these aren’t ideal fighting conditions. Once things clear up and Russia mobilises a few 10,000 more solders it will invade Ukraine then since that is the best time to invade Ukraine.

Things look bleak for Ukraine though. There military is still stuck in the Soviet Era meanwhile Russia has modernised its armed forces. Ukraine only has a few hundred jet fighters while Russia has thousands at its disposal giving them air superiority, which they can use to obliterate the Ukrainian army from the sky and wreak havoc on its cities. 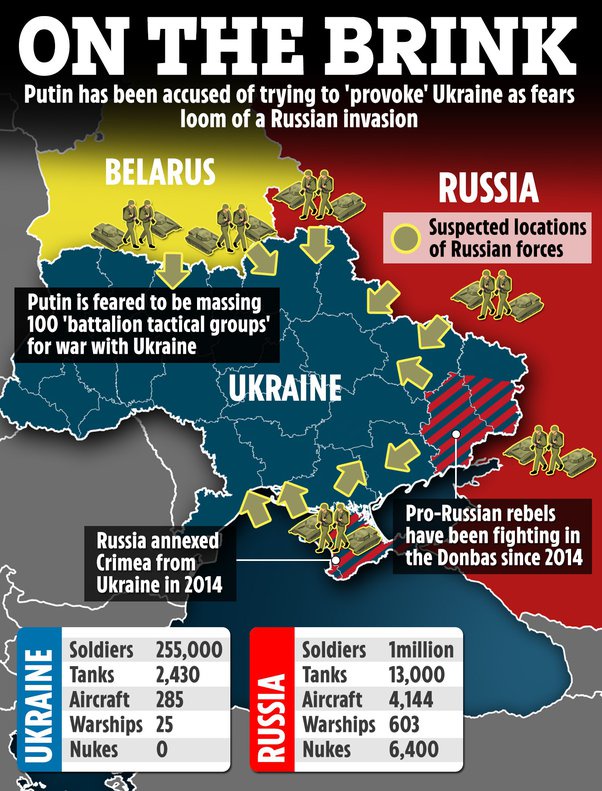 Many would feel Russian sympathies from the Soviet Era, meaning we could see mass defections like what happened in Crimea in 2014, where 80% of the Ukrainian military stationed there defected to the Russian military. The war would last a few weeks to a few months with the Russian army would probably stop its advance at the Dnieper River and the attack Kiev, where after that they would sue for peace.

I only have one piece of advice for this scenario for any Ukrainian living east of the Dnieper River… in 1944 when the Red Army was beginning its advance into Germany the German Air raid shelters where called luftschutzraum or LSR. this was also rumoured to stand for “Learnt Schnell Russisch”…

Content created and supplied by: BeckyTu (via Opera News )

Martha Karua Invites Kenyan's of Goodwill to ksh 50k per Plate Dinner To Support Her Bid.

Reasons Why Rhinos Are Transported Upside Down Using Helicopter

5 Things You Didn’t Realize Are Killing Your Dog