KDF Conduct Door To Door Search For Bandits In Laikipia

A number of soldiers from the Kenya defense Forces have begun conducting a search in Laikipia and its surroundings in order to find the bandits who are currently terrorizing residents in the region. 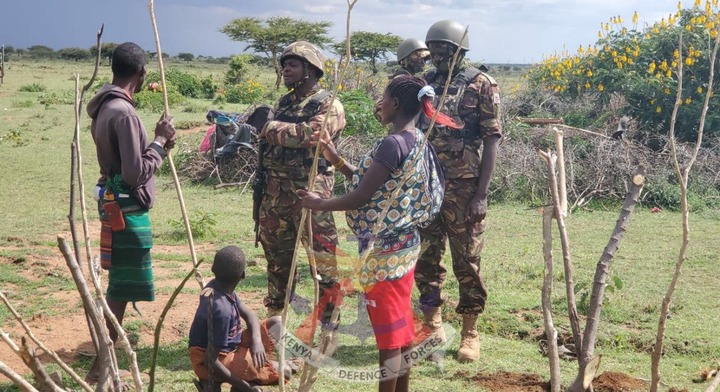 In a report that was shared by the Standard, it was reported that the government has finally decided to deploy a number of Kenyan Defense Forces soldiers in the region in order to restore law and order and at the same time, drive away bandits.

A few weeks ago, a number of police officers were deployed in Laikipia by the interior Cabinet secretary, Dr Fred Matiangi in attempts to stop the continuous Banditry attacks in the region that left a number of residents dead among them, police officers.

Matiangi's actions came after a number of politicians called him out along with the inspector General of police, Hillary Mutyambai who was questioned about the reasons behind the ongoing insecurity in the region despite the fact that the government invests heavily in weapons.

Replying to these politicians, the inspector General of police, Hillary Mutyambai called upon residents to be calm after which he said that they were going to make sure they restore law and order in the region within a week and just like he said, residents who had fled came back.

However, another attack was made leaving a man dead after an unknown group of bandits again struck and killed the deceased who was looking after his cattles before stealing and fleeing with them.

This was followed by a dramatic scene after KDF Commander deployed a number of KDFs in the region all with the aim of stopping these attacks once and for all. In his own words, he said that unlike other times, no one was going to escape from the long arm of the Law. 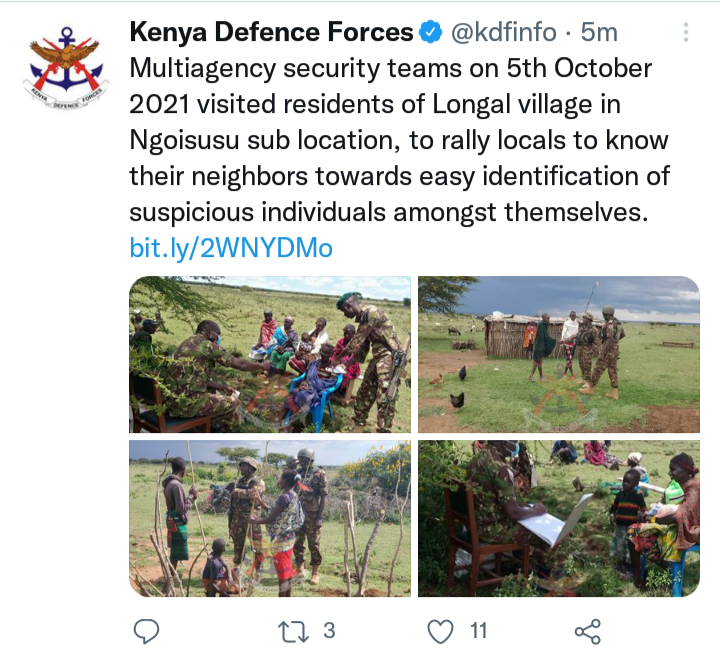 Who Has The Best Combat Uniform Between President Museveni and Uhuru

"Raila Will Win Elections, The Gov't Might Be His Project," Atwoli Claims Amid 2022 Polls (Video)

The Transformation of Rwanda

How To Attract Girls Without Talking To Them

Don’t Believe Uhuru`s Smile With DP Ruto, You Only Hear His Punch On Your Body, Atwoli says (Video)