By CssOmbati (self meida writer) | 29 days

Incoming reports from strategoc intelligence indicate that some KDF army troops are likely to have been lost, with unknown number of casualties or injuries due to an IED attack from terrorists. The soldiers are said to have been conducting a morning patrol at Baure in Lamu when the incident happened. 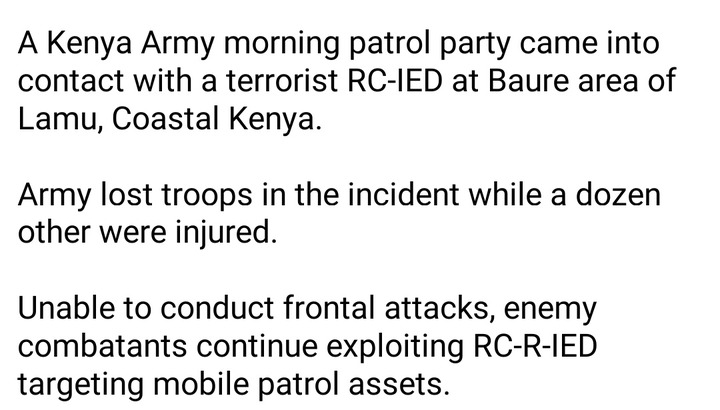 It has of late been noted that IED attacks aimed at army assets that are able to move (especially those that are able to conduct patrols) have increased. This can be attributed to the fact that terrorists are likely to loose if they launch direct assault attacks on army men who are better trained, equipped and prepared. 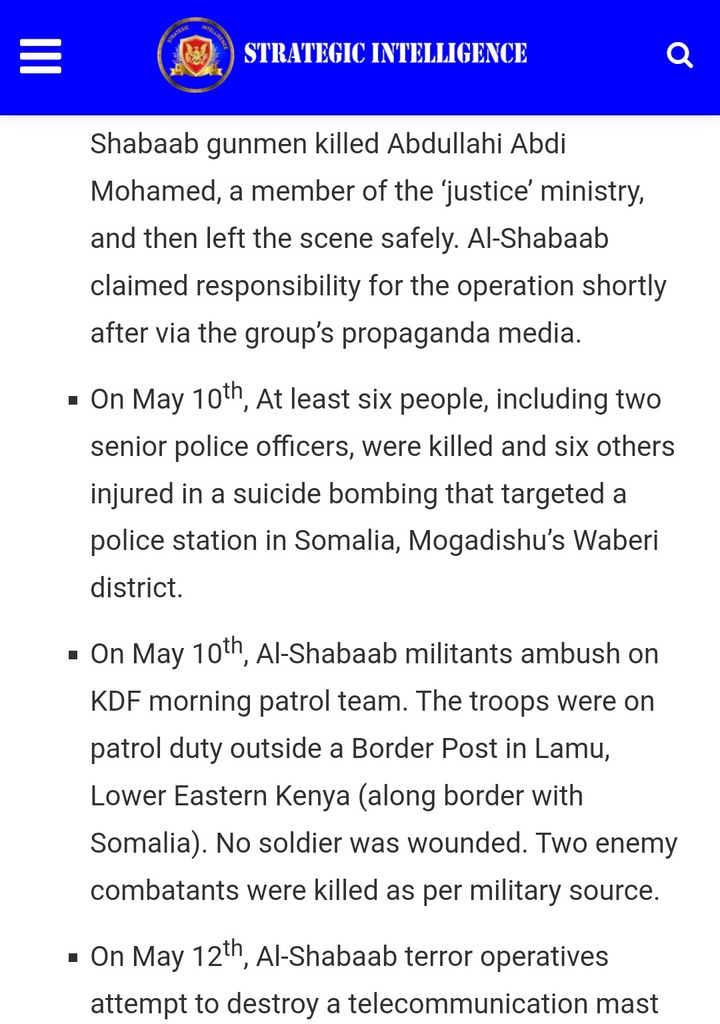 Alshabaab terrorists lost in an ambush they laid on may 10th against the army with two of their operatives dead while no soldier was injured. The soldiers were on partrol too near a border post in lamu. 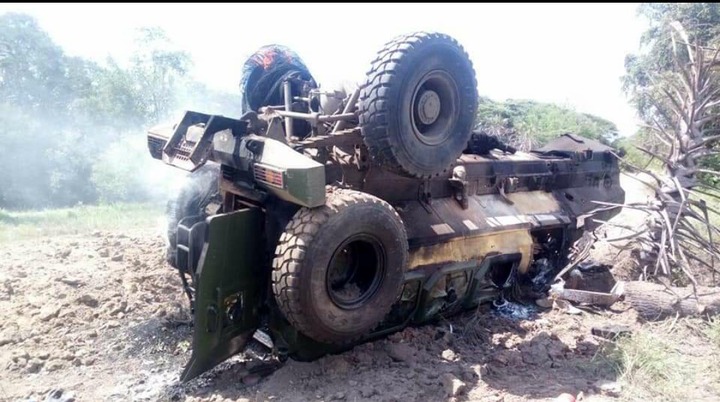 Attacks by use of IEDs continue to be a major challenge to the army since it is difficult to spot them. 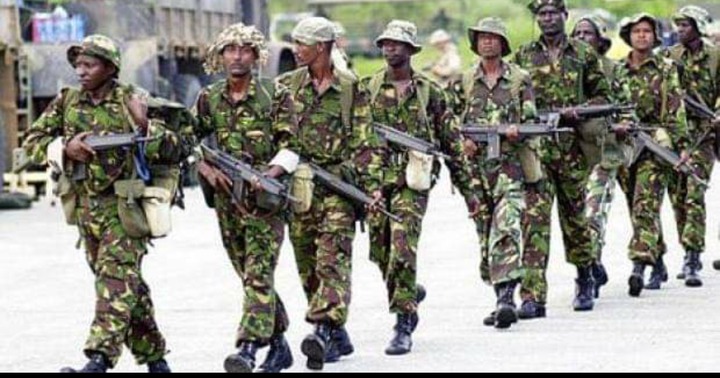 KPLC Announces Long Power Interruptions In These Regions, Check To See If You Will Be Affected

KPLC Announces a Very Long Electricity Blackout on Thursday, June 17, Check if You Will be Affected

"It's Normal When You Are Number One," Bahati Says After Being Trolled Over Latest Song