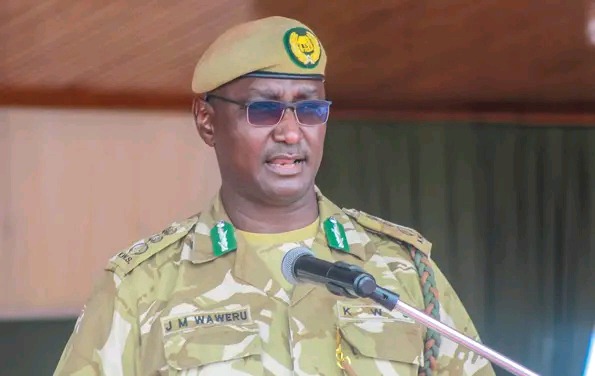 Dr Erastus Kanga, who is the Wildlife Secretary from the Ministry of Tourism has been appointed as the acting KWS boss pending the appointment of the substantive holder of the position. This has been confirmed by Standard journalist, Geoffrey Mosoku.

Though the details of the changes remain scanty, but Brigadier ( Rtd) Waweru is said to have been working on a borrowed time at KWS.

A career soldier, Waweru joined Kenya Defence Forces in 1982 and was deployed to the Kenya Navy. He would go to spend over 30 years in the military.

During his time in the military, the 61 year old former KWS boss, held various leadership positions in KDF even as he rose through the ranks to the rank of Brigadier.

After exiting the military, former President Uhuru Kenyatta appointed him to head KWS amid opposition from various stakeholders. But after a three-year tenure, his time is up and has been hounded out in a cloud of controversy.