By Eurat (self media writer) | 1 month ago 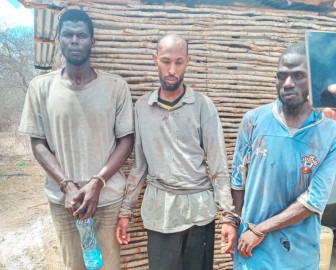 Three terrorist who escaped from kamiti maximum prison were found Today November 18, in Kirui and were arrested.

The terrorist were reportedly trying to flee to neighbouring country of Somalia when they were pounced on. The arrest ends a three day manhunt of the terrorist by the police and other security guards.

The terrorist are being transported to Nairobi county for the imprisonment.

Heavily armed detective raided Magereza House commando-style and husked away the prison boss after which they accompanied him home.

President has annonced the Magereza now should be now guard with much security and much look on the terrorist who are their.

New General of prison service has said they be tight supervision of the terrorist to overcome the problem that occurred on 16 November.

Content created and supplied by: Eurat (via Opera News )