By Akamamommy (self media writer) | 1 month ago 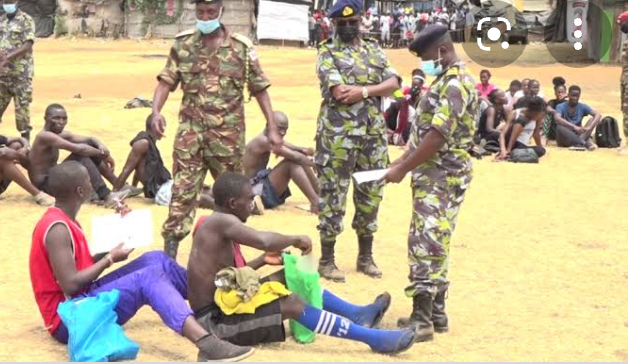 Corporal Kiptum was jailed for two years in prison for obtaining kSh300,000 from Charles Kipkorir on April 4 2021 pretending that he was in a position to help recruit his son Brian Kipkemoi into the military.

He was also convicted to two years in prison for obtaining Sh102,500 from Brian Kipkemoi on still the same day pretending that he was in a position to influence his recruitment into the military immediately.

guilty of obtaining money by false pretence, desertion from duty and issuing a fake KDF recruitment calling letter to the new signings.

Corporal Kiptum was convicted to two years in jail for obtaining Sh300,000 ondego . Ondego has been pretending that he was in a position to help recruit his son Steve kimani into the military.

Specialist Officers, Tradesmen/women and Defence Forces Constables are now very keen. The exercise run for the next two weeks until the end of the month

Content created and supplied by: Akamamommy (via Opera News )

Zora: The Police Are Coming For Zalena For Drugs Trafficking