By Mercy Daudi (self media writer) | 2 months ago 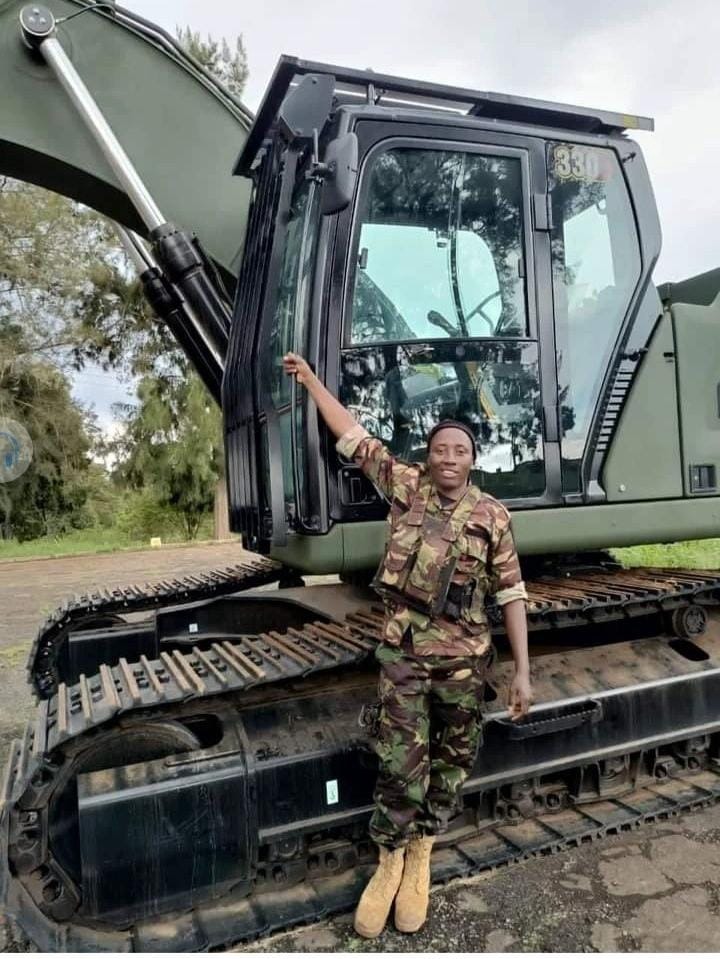 In an ambush in Laikipia county yesterday, two Kenya Defense Force soldiers were killed and several others were injured when suspected bandits ambushed them while they were working on a trench being dug along the Laikipia Nature Conservancy (LNC) to deter bandits from moving stolen animals from neighbouring villages.

According to the sources a woman identified as Mary Kabiru has bitterly lamented of government laxity when it comes to KDF Soldier welfare while in war sending a sorrowful message to Kenya Army Commander President Uhuru Kenyatta. 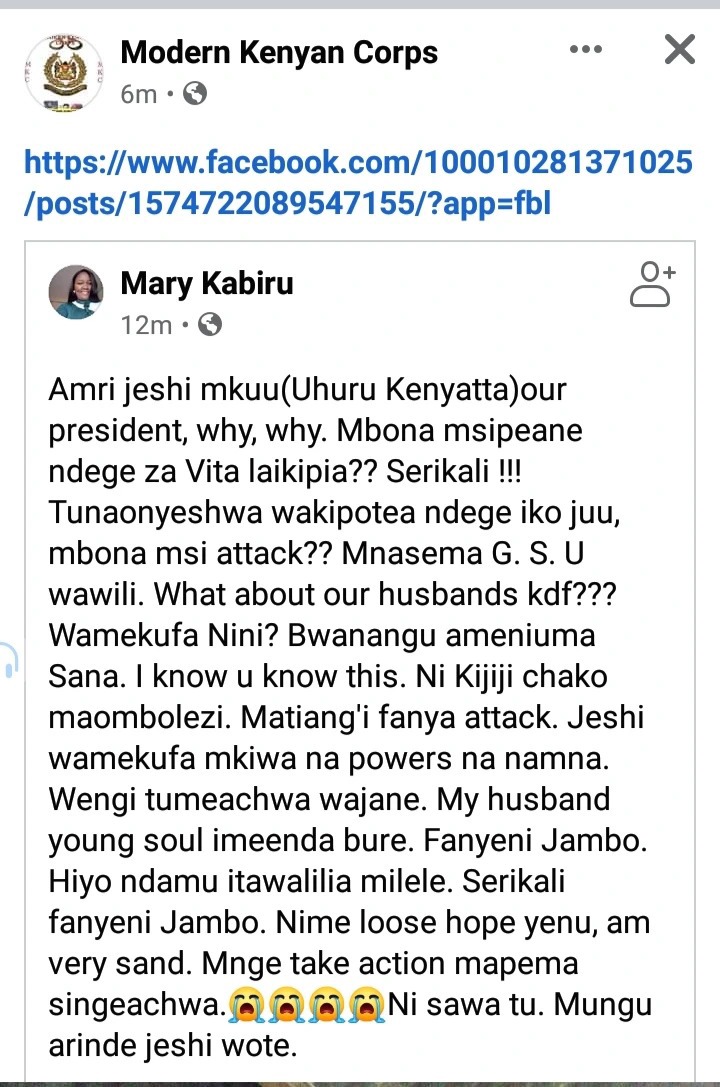 Through a Facebook post, Kabiru, whose husband was one of the two who were murdered yesterday, bitterly lamented that the government was not offering the soldiers enough fighting equipment's hence living them under the mercies of bandits.

Kiiru, who has been left a widow, has expressed her sorrow at the loss of her husband, who she described as her only hope. According to her, if Interior CS Matiang'i Fred had taken action sooner rather than later after issuing orders, she would not have lost her husband. 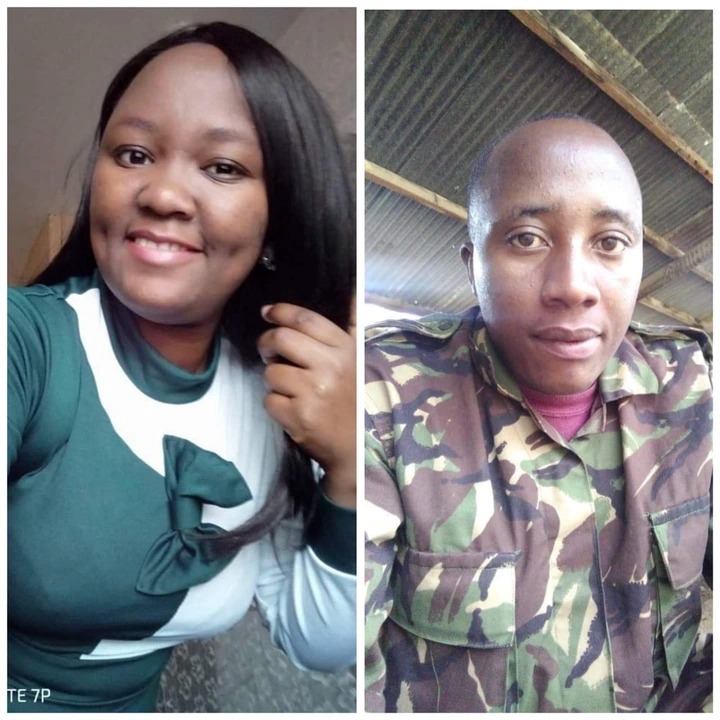 Additionally, she appealed to President Uhuru Kenyantta, the Commander in Chief of the Kenyan Armed Forces, to release fighter jets so that soldiers could use them to fight and attack bandits from the air. Meanwhile, comment and share this article widely.

Arati Sends a Message to Uhuru Over Raila's Bid, Predicts Number of Votes Odinga Will Get in Nyanza