The 6 Most Dangerous Chemicals Known to Man

By Tha_Godfather (self media writer) | 26 days ago 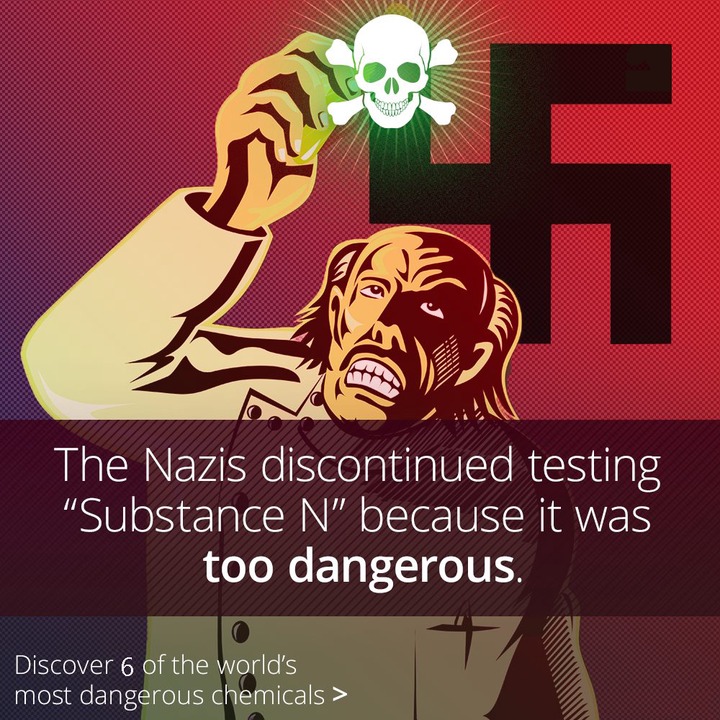 Germany, 1939 - In a secret bunker on the German-Polish boarder NAZI agents were overseeing the production of a recently discovered chemical they’d codenamed ‘Substance N’.

It boiled when they exposed it to air; it exploded when it touched water, it was lethal when inhaled and when it decomposed it spit out deadly hydrofluoric acid. When loaded into a flame-thrower and ignited it could burn at temperatures of over 2400º Celsius.

The plan was to arm troops with ‘Substance N’ and use it to melt allied bunkers into hot porridge. But then after studying it for a while even the German soldiers couldn’t comprehend how potent the substance was. Experiments for ‘Substance N’ were discontinued because the NAZI’s decided it was too dangerous to work with. 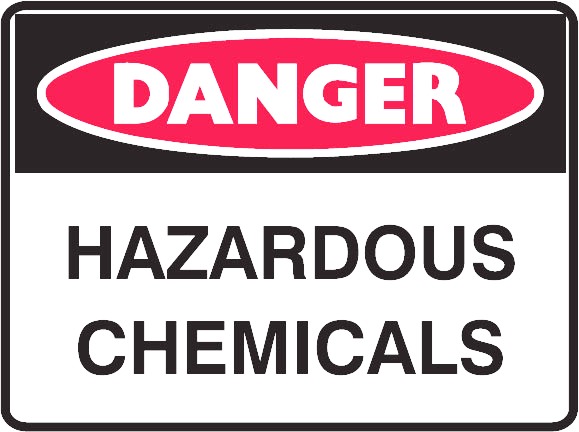 To give you some kind of sense of what we’ll be dealing with in this article when talking about the most dangerous chemicals in the world.

Things that explode when you touch them, things so poisonous that even if a millionth of a gram went up your nose, it would end up killing you. Things that could even disable you because of their totally, debilitating horrifying smell; Chemicals so severe that even the NAZI’s thought they were crazy.

Originally Germans had planned to produce 90 tons of the stuff every month but only made up about 30 tons throughout the whole war. What they’d concocted was chlorine trifluoride, the most vigorous fluorinating agent known to humanity. 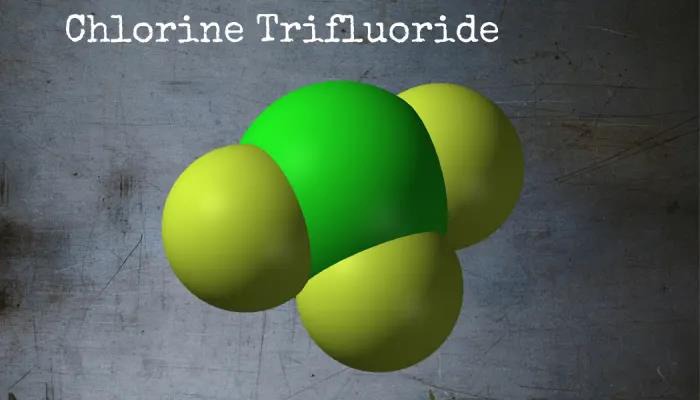 Chlorine trifluoride is hideously, insanely, exuberantly reactive stuff. It will cause almost anything you can think of to burst into flame on contact. Steel, ice, asbestos, sand, bricks; anything. About the only material you can store it in is copper, because you get a thin layer of copper fluoride on the surface and it won’t react any more than that. Be careful, though! Handle it wrong and it’ll change its mind about playing nice in copper.

Oh, and the byproducts of it burning on contact with—well, anything, really—are chlorine gas and hot hydrofluoric acid. Fun!

In the early 1950’s, the first time that US scientists tried to ship chlorine trifluoride in bulk, the steel tank cracked and a full ton of it spilled out; it burned so hot that the chemical ate through an entire concrete floor and then a meter of dirt and gravel beneath that.

I think it can be ruled out of the running for Most Dangerous Substance, though, because it’s actually used in industry. The semiconductor industry uses it to clean circuit boards.

Where You Might Find it: Rocket propellant, semiconductor cleaner 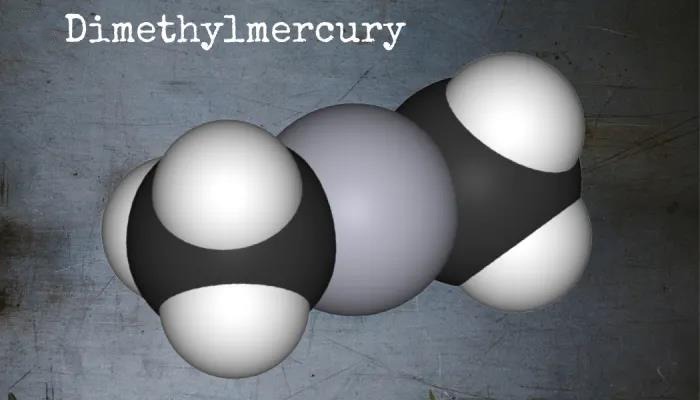 If you want pure evil incarnate, the kind of substance that nightmares are made of, look no further than dimethylmercury. The existence of this stuff is incompatible with the idea of a benevolent creator who loves his creation.

Dimethylmercury is an organomercury compound that at room temperature is a clear liquid that looks like water. But understanding its properties will give you nightmares for weeks.

It’s not explosive. It doesn’t spontaneously burst into flame. It doesn’t do anything dramatic. It just sits there.

Inhale just a little tiny bit of it or let a tiny drop of it fall on your skin and you’re done. That’s it. Game over.

Oh, but it’s not a quick death, oh my no. You’re dead, and nothing can save you, but it will take months for you to die. And during those months, it’s in your brain, destroying the myelin sheath around your neurons, slowly causing your brain to disintegrate. You’ll die very slowly, in agony, as your mind goes to pieces.

And it gets worse. It will pass right through materials like latex. Researchers have died handling it in a fume hood and glove box just by spilling a drop of it on their gloves.

As far as I know, nobody will work with it any more. It’s just too damn dangerous. People make chlorine trifluoride in industrial quantities, you can buy it from chemical supply houses, but nobody, and I mean nobody, wants to work with dimethylmercury. 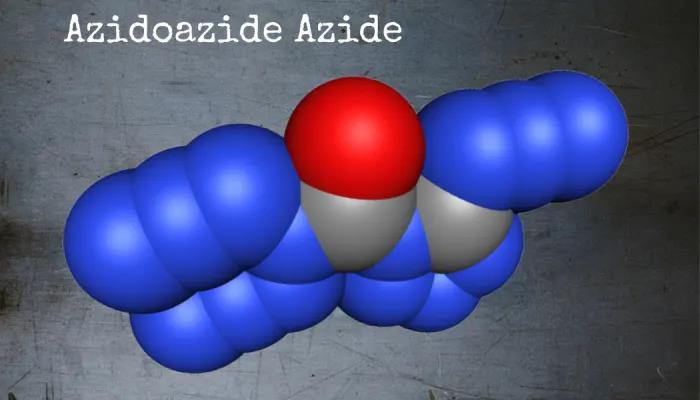 1-diazidocarbamoyl-5-azidotetrazole, or azidoazide azide, is the most volatile explosive compound currently known to man. It’s comprised of 14 nitrogen atoms loosely bound in a high-energy conformation. When a molecule is in a high-energy conformation, it seeks to move down to a lower energy state, and when this transition occurs, energy is released.

Azidoazide azide is an extreme case of this phenomenon, in which its high energy conformation is so unstable that pretty much anything can make it explode. The slightest pressure or friction, small temperature fluctuations or even exposure to light can cause it to go boom. In fact, it’s so volatile that the normal instruments used to measure how unstable a substance is can’t be used on it. In other words, it’s too explosive to measure how explosive it is. Eeek!

Where You Might Find it: Almost nowhere, possibly some chemistry labs 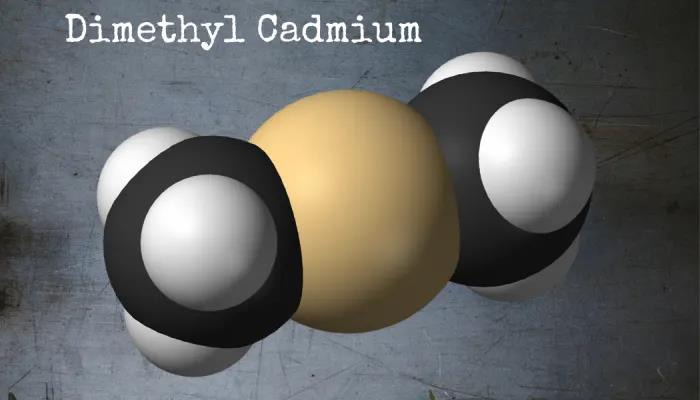 The deadliest chemical in the World. This is an organometallic compound (it has a molecule in which carbon has bonded with a metal) in this case Cadmium; a pretty nasty customer on its own. Like all the rest of its counterparts that explode or cover everything in unquenchable fire, Dimethylcadmium, does that too. But that’s not what makes it so dangerous. It is, in all likelihood, gram-for-gram the most toxic chemical in the world. It has both acute and chronic effects. It was first prepared in 1917 by a pioneer of metal organic chemistry Erich Krause from Germany.

When you breathe it in it is absorbed instantly into your bloodstream, where it basically serves as a kind of chemical chauffeur for toxic compounds of cadmium to travel all around your body. It is extremely carcinogenic. It’s so potent that, as an airborne vapor just a few millionths of a gram per cubic meter of air meets the legal safety limits.

It explodes in water, friction makes it ignite and when it decomposes it forms a crust of dimethyl cadmium peroxide, which is a friction-sensitive explosive. On top of all chemical has an odor that has been described as foul, unpleasant, metallic and disagreeable. 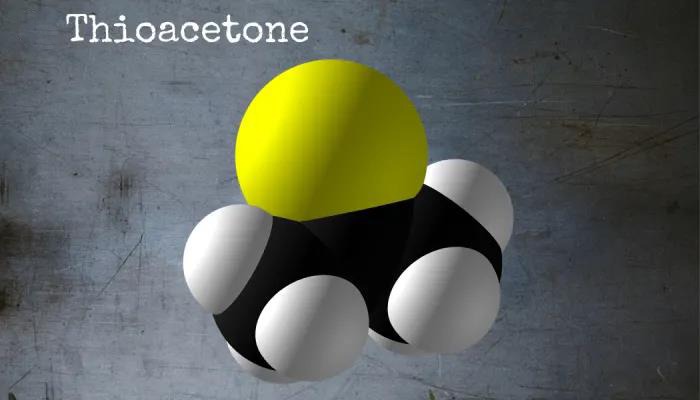 Thioacetone takes the prize for the world’s smelliest chemical. It’s a thiol, an organic compound in which a carbon atom is bonded to a sulfur-hydrogen pair; they’re all gross! A skunk fart uses two different thiols to produce an eye-watering effect. Most sulfur-containing compounds are released by rotting meat so you get the idea.

You can smell one drop of this substance, almost instantly, from half a kilometer away. In 1960s a vial of thioacetone fell off a shelf in a research lab, people were chucking their cookies 200 meters away.  But the greatest example of thioacetone’s silent-but-deadly strength comes from the German city of Freiburg where in 1889 chemists at a soap factory were, reportedly, working on a larger molecule known as tri-thioacetone, which is used as a flavoring and a fragrance. But, when they broke it apart into thioacetone workers started falling ill. Spontaneous outbreaks of vomiting were reported in the surrounding neighborhoods, it led to the evacuation of the whole city. 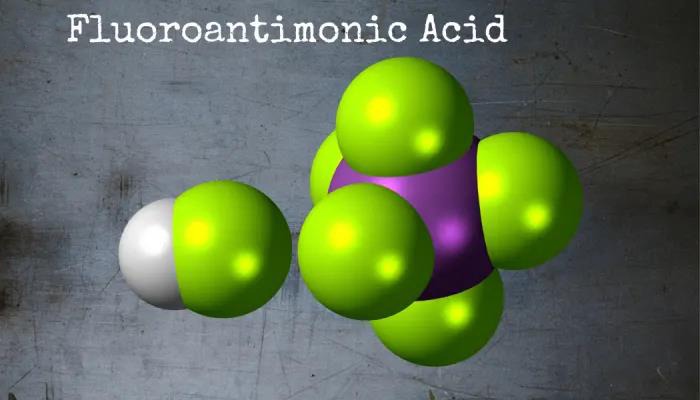 The strongest corrosive agent in the world; the most dangerous acid ever devised by humanity. What makes an acid an acid is its ability to donate a proton to another molecule nearby it. And a proton is just a hydrogen atom that’s lost its electron. This process is called protonation.

An acid’s strength is determined by how willing it is to give up that proton. A weak acid like acetic acid will drag its feet about protonating other molecules while a strong acid like sulfuric acid will punch that proton in the air like beach volleyball at spring break. And remember from ‘Substance N’ how crazy fluorine is; Well fluoroantimonic acid is ten quadrillion times stronger than sulphuric acid. This molecule is begging for an excuse to fly apart. Once it’s lost its hydrogen atoms, the remaining atoms of fluorine and another element, antimony tear through everything else around them, ripping electrons off nearby molecules and leaving just organic goo in their wake. The only way to store fluoroantimonic acid is in Teflon containers. Teflon is held together by carbon-fluorine bonds, which are the single strongest bond in organic chemistry. Very little is known about this super acid because it’s so hard to do experiments with. You can’t put it in a syringe or on a slide; it eats through glass like it’s cotton candy. You can’t put it under a fume hood- it’ll eat the fume hood. All you can do is look at it ideally from far far away.

Where You Might Find it: Tetraxenon gold compound manufacturing facilities

Please...follow me for more educative articles ;)