After Chad President Died in Battle, Another Leader is Leading Forces in Fierce Battle in Mogadishu

Chad President died on the battlefield

A few days after Chad leader, President Idriss Deby died on the battlefield where he had joined his forces in fighting rebels, another leader is currently leading a fierce gun battle in the capital of Somalia.

Sources from Somalia say the former Daynile Governor Mohamed Abukar Jaffar is leading forces who are currently wreaking havoc in Mogadishu, particularly around the statue of Sayid.

Garowe Online reports the former governor is in the frontline and the fight is still ongoing.

"Fighting is ongoing around near the statue of Sayid in Mogadishu, reports say that the troops who entered that area are led by a man named Ja’far. Jafar previously served as governor of Daynile. #Somalia," read an update from the source. 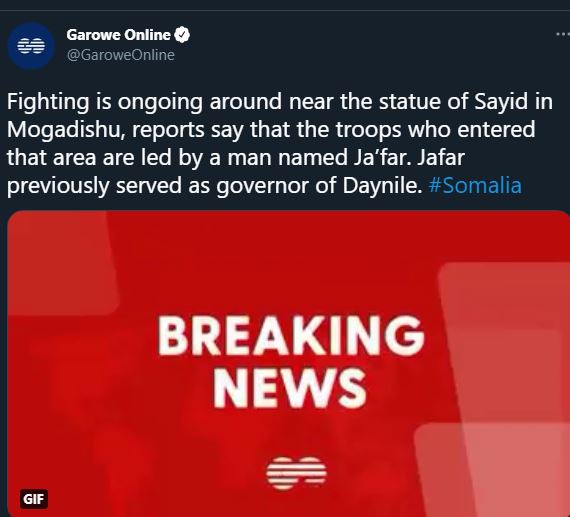 It is not clear where the former governor is supporting President Mohamed Abdullahi Farmaajo's term extension or not.

Other sources said Somali National Army (SNA) soldiers are fighting each other after divisions hit the forces, with those supporting President Mohamed Abdullahi Farmaajo's term extension fighting against those who are against the extension, and who are supporting the opposition. 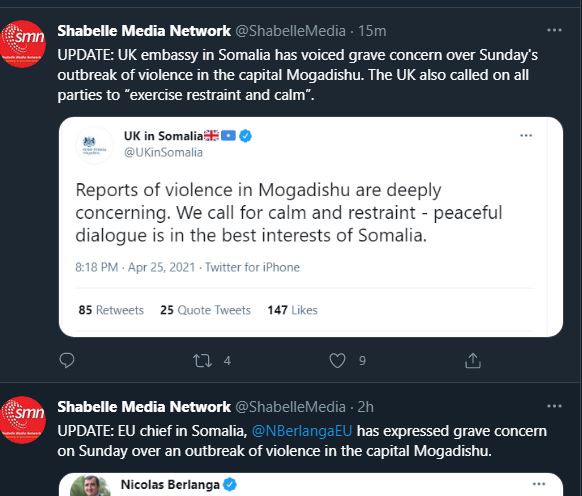 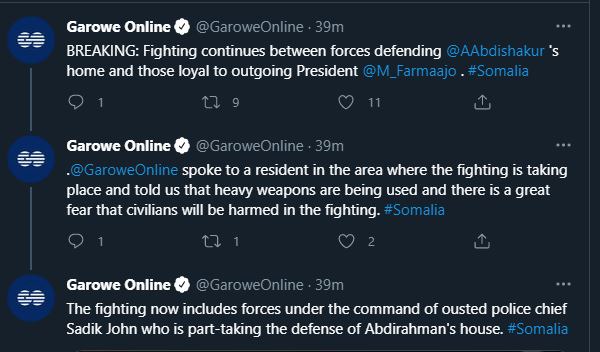 It has been reported that Mohamed Abdullahi Farmaajo's loyal forced had attacked one of the opposition politicians' homes where they faced a challenge from soldiers opposing the President's term extension.

However, the government has refuted claims that government forces had raided opposition politician's home.

Tension as Several KDF Officers Are Feared Dead, Cause Leaked as Govt is Expected to Drop Statement