(Photos) Russian And Belarusian Fighter Jets Land On A Highway During Military Exercises.

By Ledward (self meida writer) | 25 days 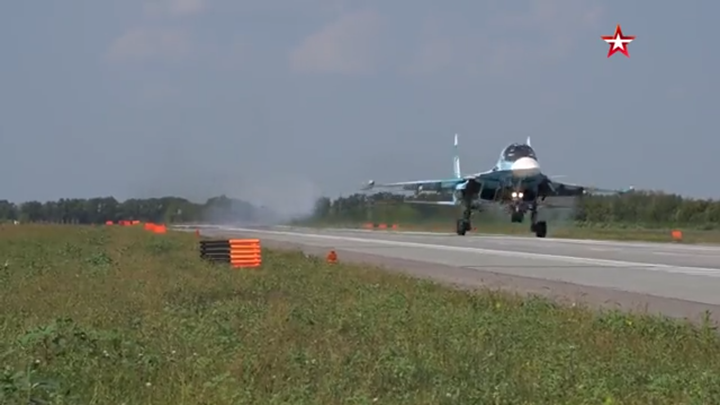 Russia and Belarus have a very close relationship. The two countries share a border and constitute the supranational Union State. Several treaties have been concluded between the two nations bilaterally. Russia is Belarus' largest and most important economic and political partner. 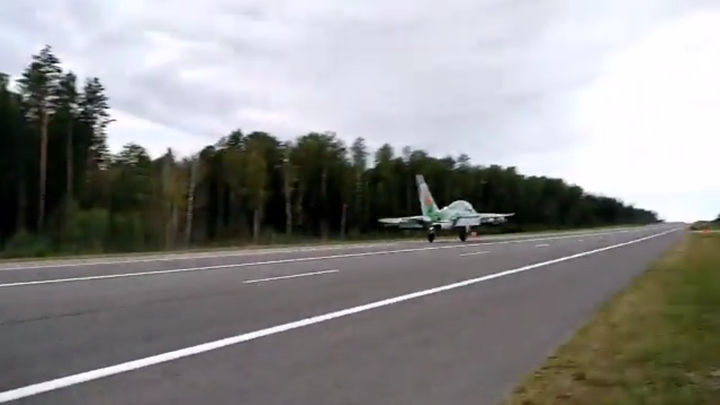 Both are members of various international organizations, including the Commonwealth of Independent States, the Eurasian Customs Union, the Collective Security Treaty Organization and the United Nations. 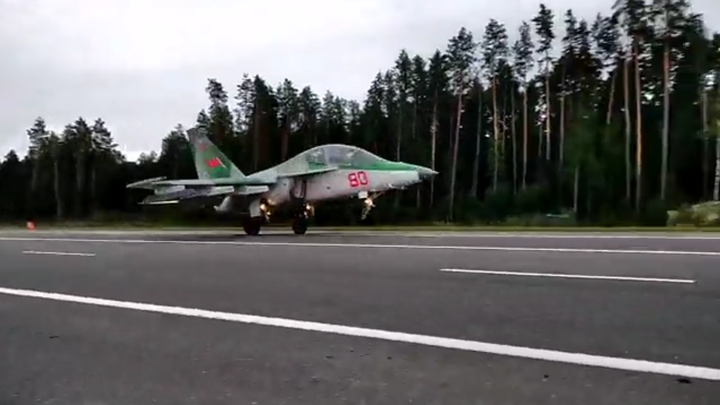 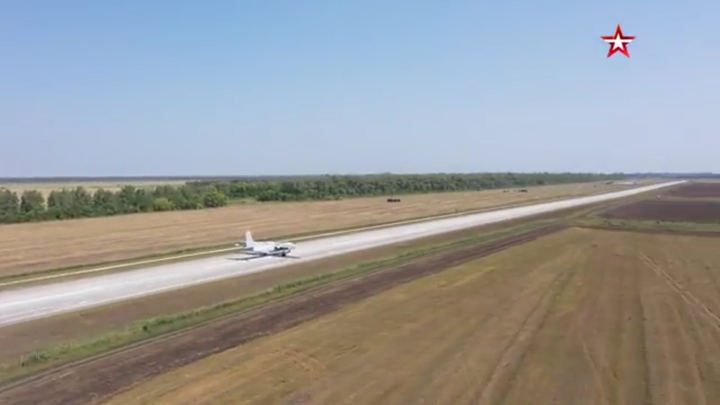 This is according to a social media statement by military analyst, Rob Lee. The statement read, "The Belarusian and Russian Air Forces both conducted exercises on how to land fighter jets on highways. According to one scenario, a Su-34 fighter jet evacuated an airfied before it was targeted and landed on a highway in Voronezh along with An-26 plane and Il-76 aircraft." 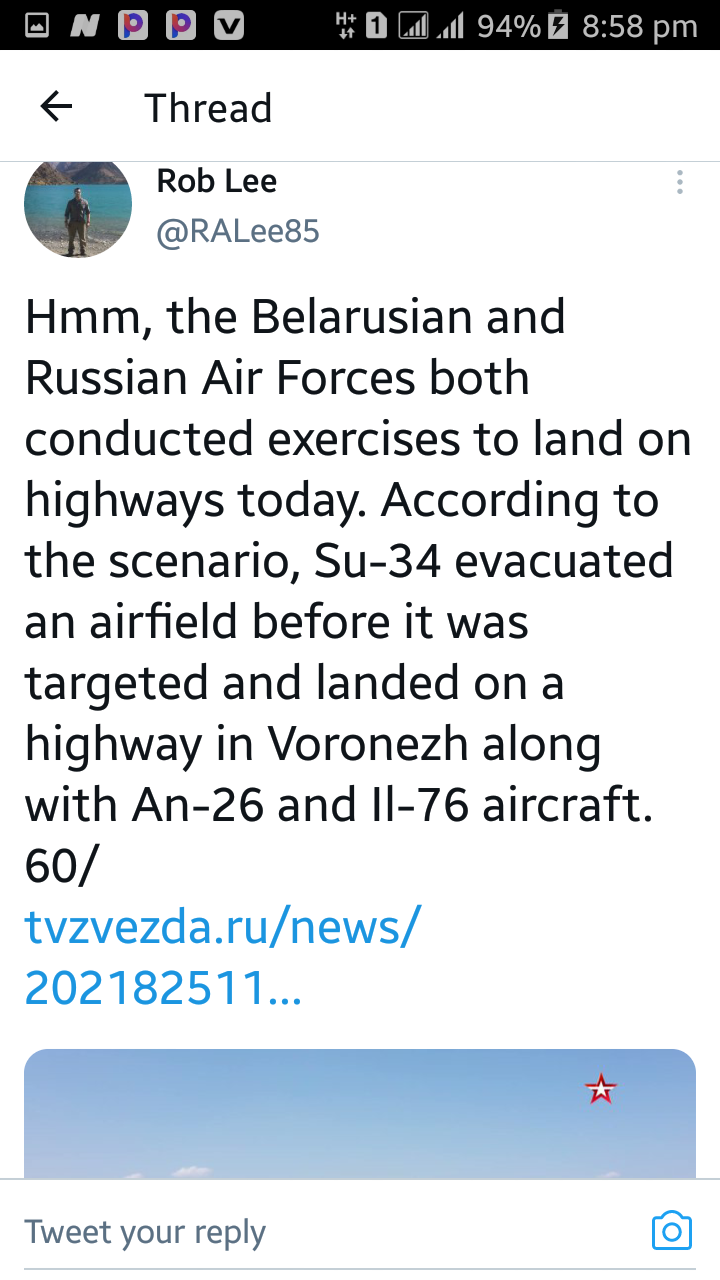 The statement was followed by a video that showed the fighter jets conducting the military exercises. 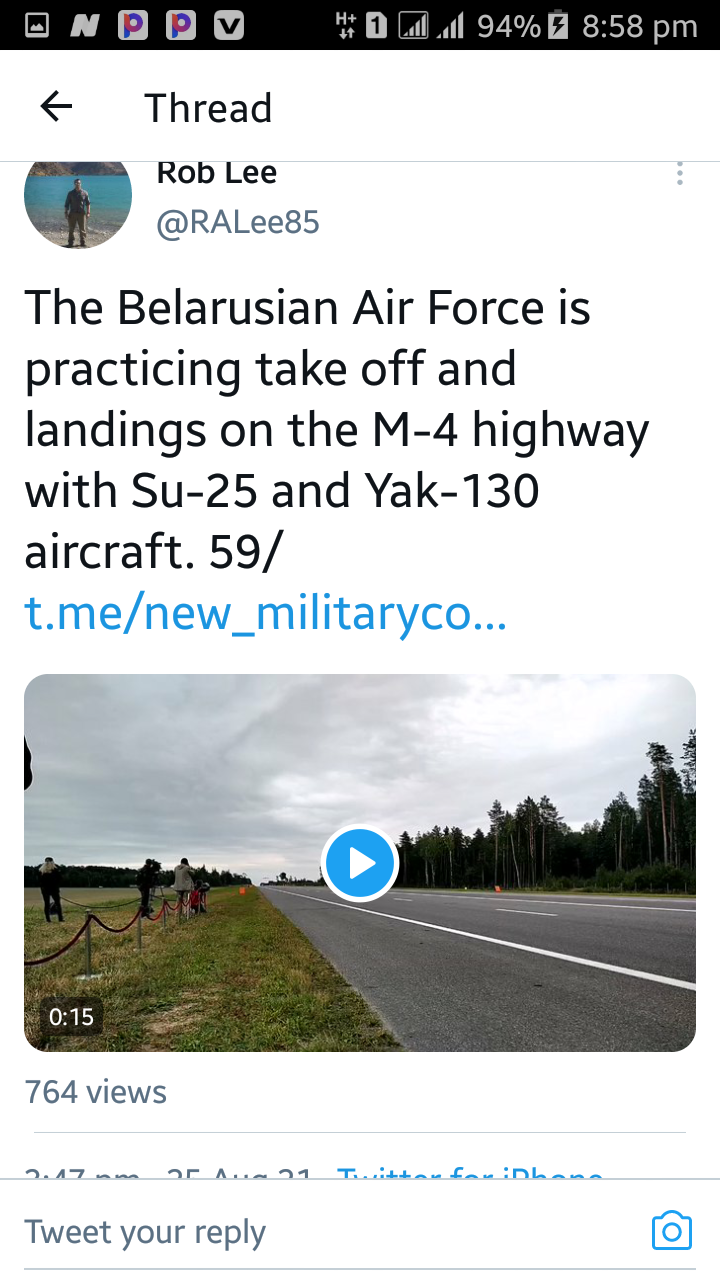