By NewsYako (self meida writer) | 17 days

The military weapons like; AK47, G3, M16 Rifle and FN SCAR have been in limelight for long. However, little is known what the abbreviations stand for.

In this article, I will walk you through what the abbreviations mean and respective designers.

The AK stand for ‘Automat Kalashnikov', 1947 was year it was invented and designed by russian Mikhail Kalashnikov.

In 1949, It was named as one of assault rifle first used by soviet army during the World war (I) in Germany.

Kalashnikov died in 2013 aged 94, to credit his effort as far as weapon is concerned, a statue of Kalashnikov has been raised in Moscow, Russia. 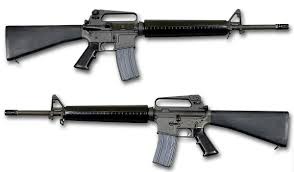 When designed, Eugene named after his company Armalite ‘AR’ 15. Later the American army adapted from ‘Armalite’ and branded M16.

According to online sources, America meant M as Model, since it was new, it moved from being 15 to 16. 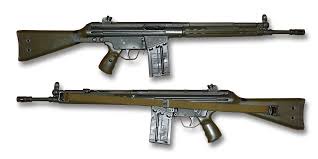 The G3 (Gewehr 3) is a 7.62×51mm used by NATO countries. It was developed in 1950 by the German armament manufacturers Heckler and Koch.

It is also reportedly the designed partnered with spanish state-owned agency.

It has been claimed as one of most sophisticated weapon in the world only used by powerful militaries.

The rifle is in family of gas-operated rifle.

Have You Ever wondered What Makes Places Unique?