Modern military technology is impressive. For example, the Abrams tanks serving the US Army have armor fortified with depleted uranium. It also incorporates a high-tech guidance system that, besides recognizing the projectile being fired, it corrects its trajectory against the wind. Such technologies make machine guns unimpressive, perhaps even obsolete. However, some are so powerful. They can tear through heavily armored vehicles, making it hard for them to be forgotten.

What makes a machine gun powerful? Is it the caliber of bullets it fires or its muzzle power? If so, then the Mk 38 is the most destructive and powerful modern machine gun on Earth. 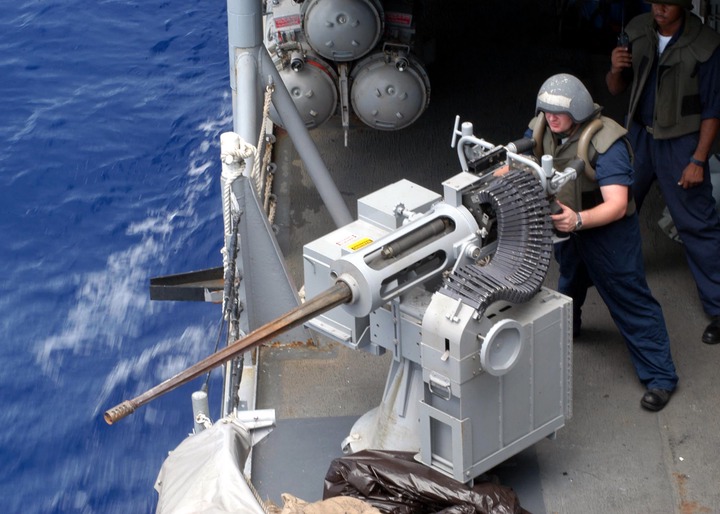 (A soldier firing the MK 38: Wikipedia) 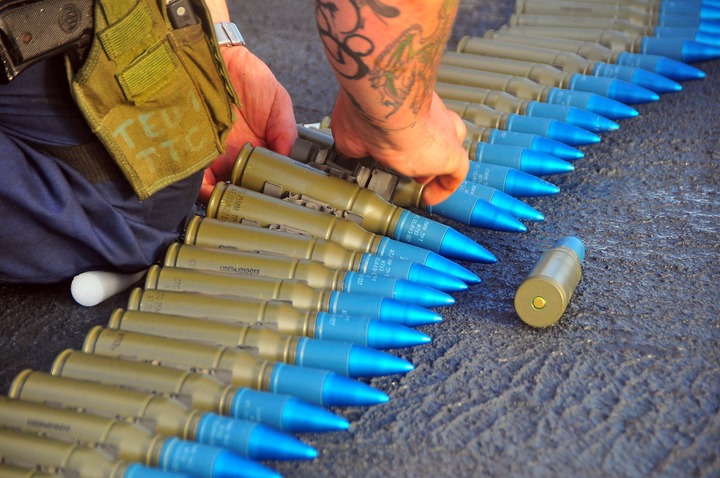 The Mk 38 automatically fires 25-millimeter caliber rounds. For comparison, the legendary Gatling has a caliber of 7.62 millimeters, which is enough to destroy a wooden house. The Mk 38 bullets are so huge that this weapon is more likely a hybrid—half machine gun and half artillery.

McDonnell Douglas manufactured this weapon in 1986. Currently, the American giant Alliant Techsystems is among the firms producing it. The Mk 38 remains relevant and worthwhile despite being over 20 years old. 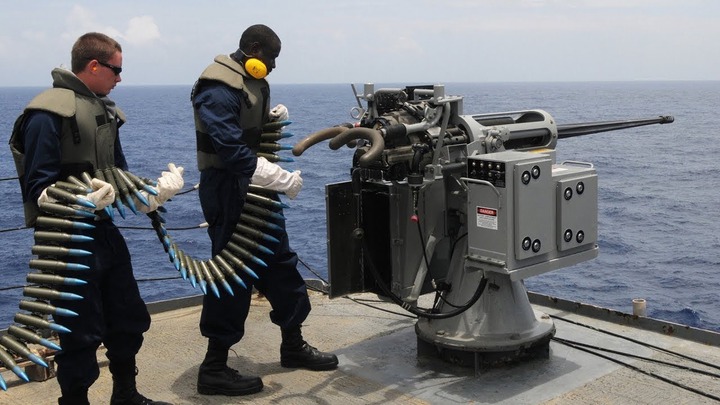 The cartridge’s sleeve is almost the same length as the soldier’s arm (elbow to fingers). With such a large caliber, a machine gun can turn a fortified battle boat into a metal sieve in minutes, destroy buildings or tear armored cars apart. This machine gun is ideal for arming a fleet.

It weighs over 120 kilograms without installations and 567 kilograms with attachments. The barrel length is longer than eight feet, so Infantry can not move with such a monster across the battlefield. 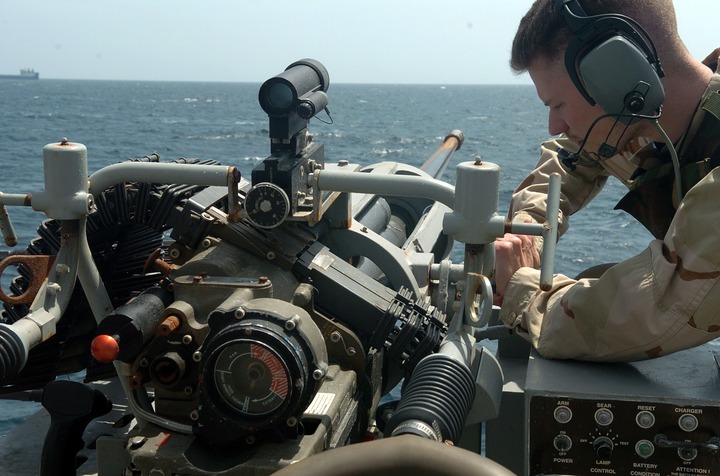 It’s therefore suitable for ships. It requires a two-man crew for optimal operation—one person fires the weapon, and another feeds the ammunition. Its single magazine holds 252 rounds. With a sighting range of between 1.6 and 6.5 kilometers, worship with such machine guns could safely attack shore targets while staying at safer distances. The Mk 38 has a high rate of fire—175 bullets per minute or three enormous rounds per second. Each shot fired travels at 805 meters per second.