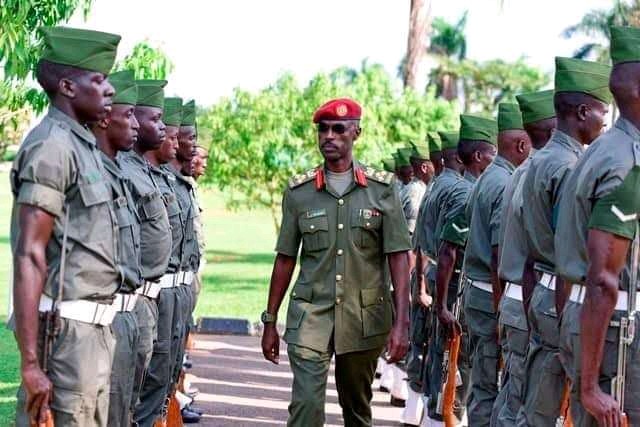 Highly dependent on foreign equipment, the Royal Moroccan Armed Forces has conflicted with the Polisario, a liberation movement fighting for the independence of Western Sahara, and numerous other peacekeeping missions including in Somalia.

In 2019, King Mohamed VI made a call for the government to recruit 10,000 Moroccans into compulsory military service and this is said to have increased to about 15,000 in recent years.

Nigeria is the most populous country in Africa, hence it has one of the largest militaries in terms of personnel.

Nigeria’s army has been locked in a battle with the Boko Haram insurgency for the better half of the decade. Despite significant strides made in Buhari’s first term, there have been a few setbacks as the army is more trained on conventional warfare rather than the gorilla tactics applied by Boko Haram.

The country has more than 1800 armored vehicles, 250 tanks, and 6000 logistical vehicles at its disposal.

South Africa uses its highly advanced military for peacekeeping and international cooperation. The lack of conflict has not prevented the country from channeling billions towards its defense budget. It's aircraft and naval vessels are notoriously well equipped with the latest technology and though the country has less than 100,000 active frontline personnel, it has the capability and manpower for much more.

Just like its North African counterpart, Algeria has managed to use its large maritime border to its advantage. The country has managed to develop a massive military capability on land, air, and sea.

Algeria’s active frontline personnel is more than 130,000 troops and it has nearly 2000 armored fighting vehicles at its disposal.

Uhuru Detects Ruto Is Unbeatable in Mt Kenya, His Next Move to Push DP Ruto Out of Region Leaks