RIP: Finally KDF Confirms Exact Number of Soldiers That Were Killed by Al-Shabaab Terrorists in Lamu 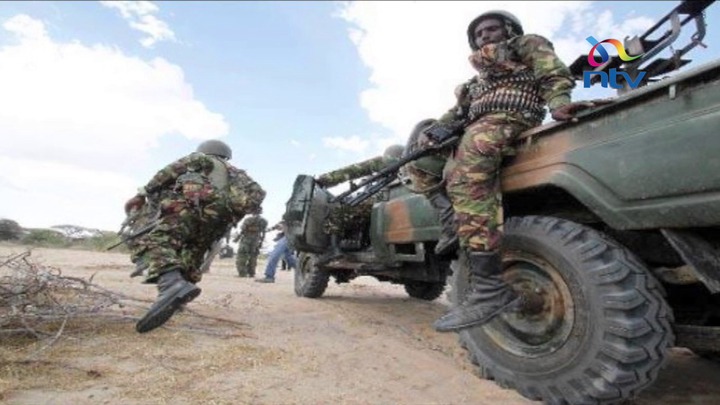 KDF has today, Wednesday 19 May, confirmed the exact number of soldiers that were killed when their vehicle hit an IED in Lamu County

Yesterday, terrorists targeted a KDF patrol vehicle with an Improvided Explosive Device (IED) before raining on them with bullets.

The attack happened morning hours while soldiers were at the Baure area. KDF responded in time to rescue the casualties and airlifted them to Nairobi, but their efforts could not save the lives of three soldiers.

"Regrettably, three soldiers succumbed to their injuries. These soldiers paid the ultimate sacrifice while protecting the citizens of Kenya. The entire KDF fraternity condoles with their families," KDF has confirmed.

More so, KDF has vowed to fight the war to its end after several soldiers were deployed in the region to hunt for the attackers. 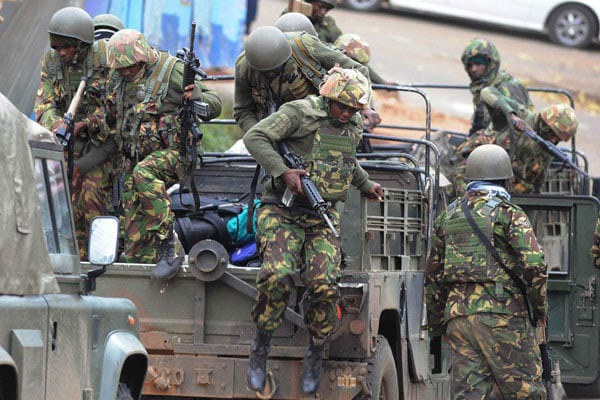 "KDF remains unbowed, and together with the multi-agency security teams deployed under Operation Amani Boni, remains focused and has the resolve to help bring sustainable peace in the area," they added.

KDF has also lauded residents in Lamu County, who have come out to share the crucial information needed that is aiding the soldiers in hunting the killers.

"Baure area residents have shared credible information on the identities of sympathisers and the attackers," they said.

"In the meantime, the wounded personnel who were evacuated to specialised medical facilities in Nairobi, are responding well to treatment," they said. 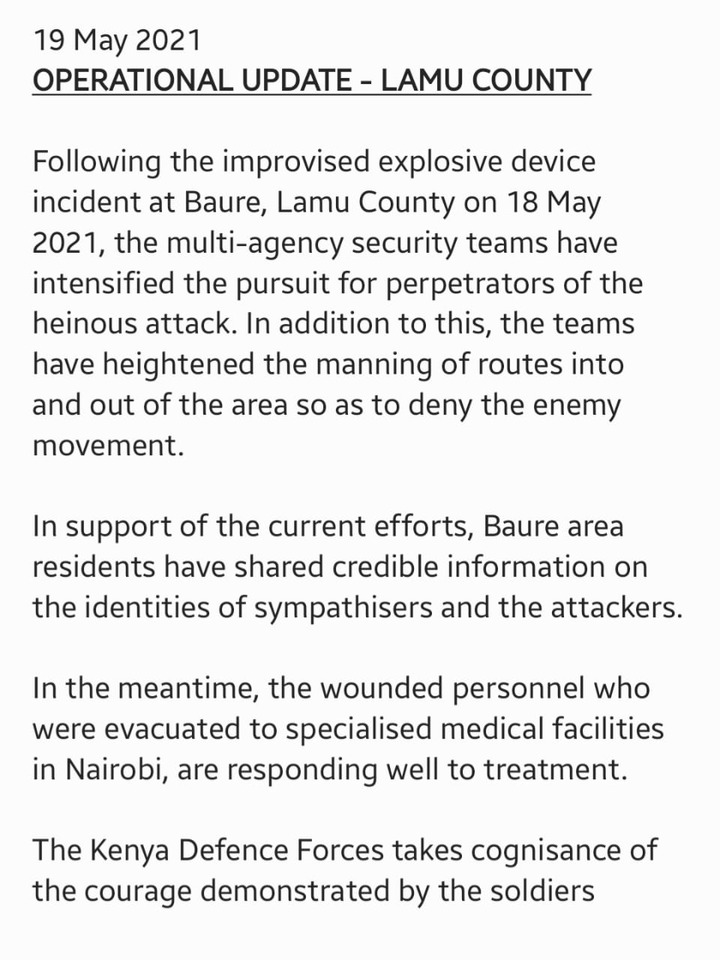 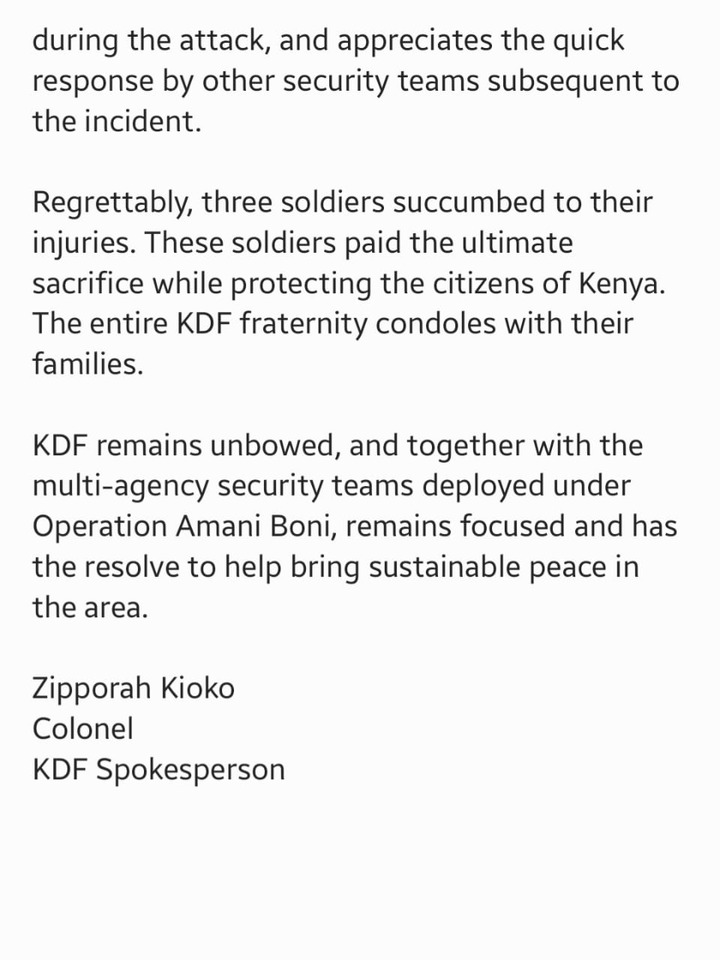