By Lilian_Aloo (self meida writer) | 12 days 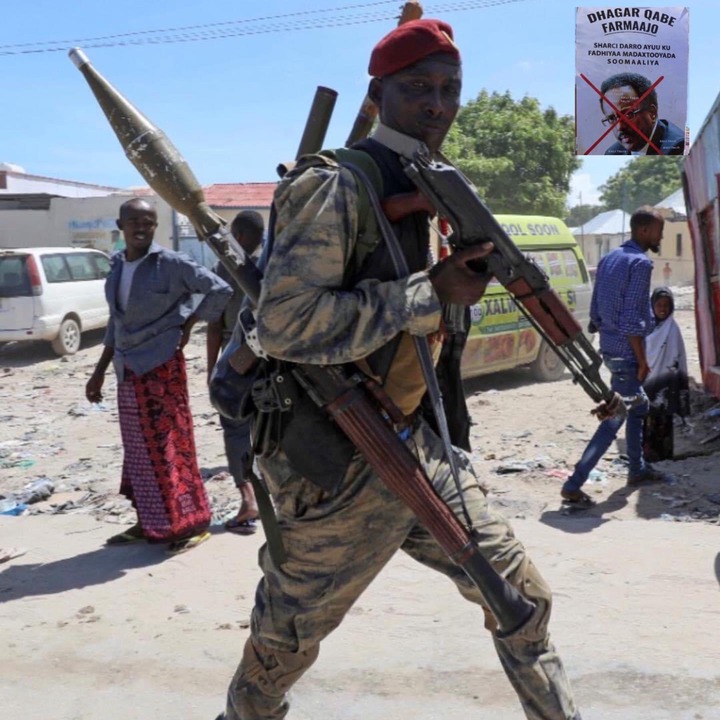 Just one day after president Mohamed Farmaajo of Somalia bowed to pressure from the opposition and the international community and decided to change his mind on his controversial term extension, reports indicate that peace may not have prevailed just yet.

Morad news reports that a contingent of Somalia national army (SNA) government troops who are heavily trained in Turkey are reportedly hoovering around Mogadishu with rebels also on standby in a separate part of the city.

Morad news reports that rebel soldiers that are allied to the country's opposition are doing rounds in the Sigaale area that is located in the Hodan district of Mogadishu. Government troops are reportedly patrolling Banadir junction with movement of both groups reported by eye witnesses. 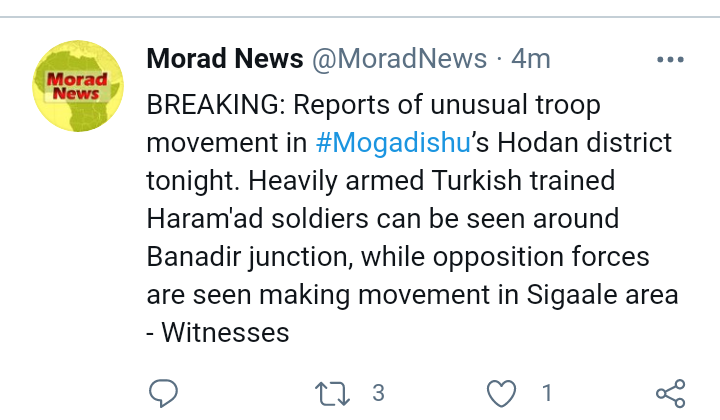