The family of Gilbert Korir, a 22-year old slain Kenya Defence Forces (KDF) soldier, is still finding it hard to come to terms the death of their son who passed away while on duty in Somalia. 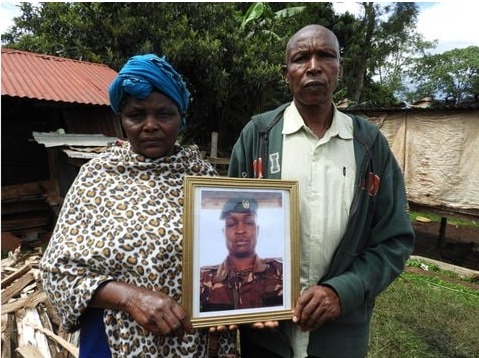 According to Nancy Mutai, the mother to Korir, she remembers vividly how their son bid them farewell six months ago not knowing that it would be the last time they will be seeing him.

He had gone for an assignment in Somalia and was to come back home in March 2023. He was killed when their military base was attacked by a lone gunman three weeks ago. The gunman was later killed by other solders but Korir had succumbed to the shooting.

According to the mother, her son had called her before he died and asked her to supervise the planting of crops in the farm he had bought recently.

“A day before he died, Korir called me and requested that I supervise the planting of crops in a farm he bought in the neighbourhood,” the mother told the press.

“It is so painful to lose a child in such a manner. I did not have the courage to travel to Nairobi to identify the body and witness the postmortem. His sisters and brothers went to Nairobi,” the mother continued.

The mother said that she doesn't regret her son joining military. The only thing she wishes was her son not to have been deployed to Somalia where his career ended at a young age.

Korir didn't leave a family of his own behind and his five siblings, who are school, are now in a limbo not knowing how they will survive going forward since he was their breadwinner.

May the soul of Korir rest in peace. 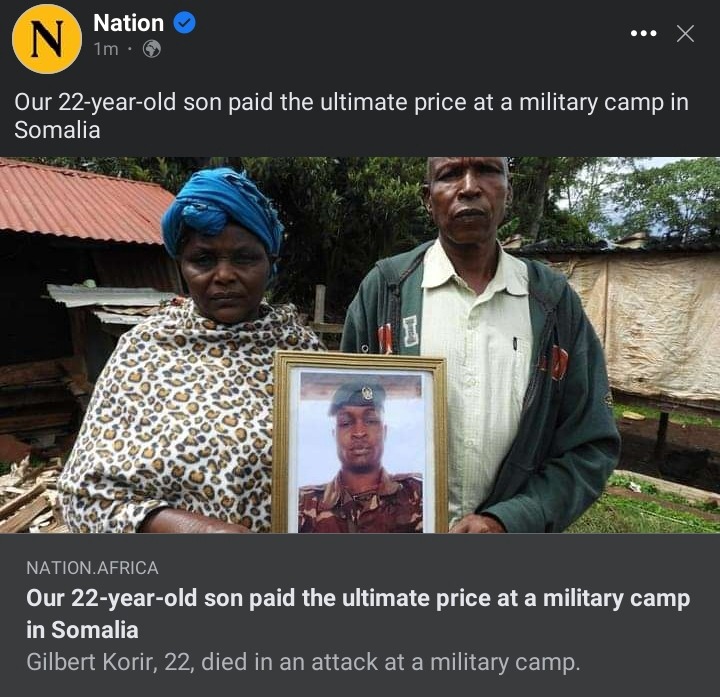