Kenya Defence Forces on Friday announced that they had reportedly killed atleast 10 Al-shabaab militia while others fled with injuries during an operation that was conducted in Sarira and Kolbi areas within Boni forest. 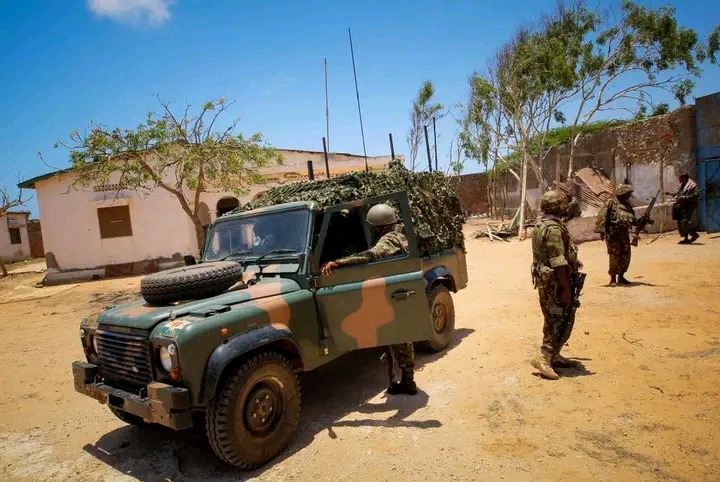 According to the Ministry of defence, the terrorists who were killed today are believed to be part o the newly graduated members of a section of Al-shabaab militia that calls themselves Jaysh Ayman which is led by Maalim Ayman.

According to intelligence reports, these group of Al-shabaab militia have been planning attacks in the region and in some parts of Lamu County.

While confirming the incident, the ministry of defence said that 10 newly graduated Al-shabaab militia were gunned down as several others flee with serious injuries. In the operation, the Kenya Defence Forces also confiscated an armoury from the terror group including assault weapons and grenade launcher. 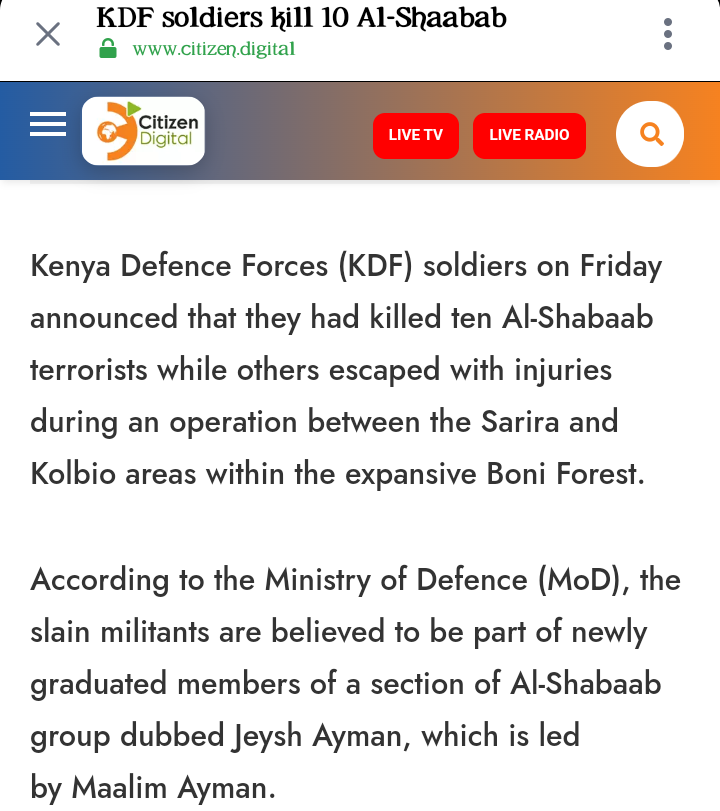 The ministry said that one Rocket Propelled Grenade launcher RPG, several assault weapons, assorted ammunition as well as personal effects were recovered during the operation.