Museveni's son, General Muhoozi Kainerugaba, said there were plans to invade Kenya in a tweet, but the Uganda People's Defence Forces (UPDF) denied this. The UPDF's spokesman, Brigadier General Felix Kulagiye, asserts that Muhoozi is not authorized to declare war on any country. 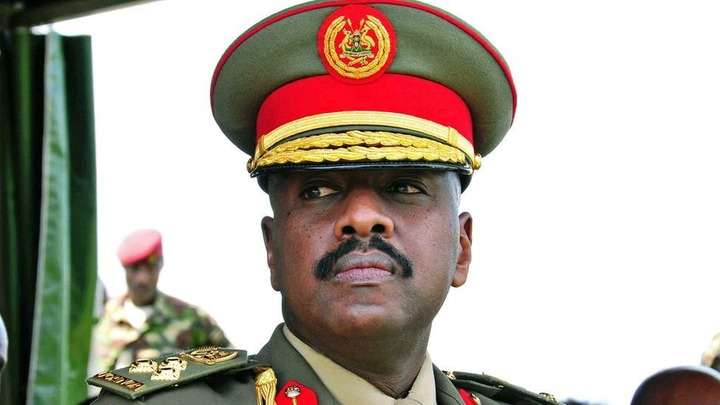 Specific processes must be followed when announcing an invasion or any other military operation, the UPDF spokesman made clear. He asserts that only the head of state and the legislature have the power to declare war.

Both Kenyan and Ugandan citizens spoke out against Museveni's son in public. He was suspended and vilified as a result of his irresponsible comments, which were viewed as derogatory to Kenya's sovereignty. Alfred Mutua, a contender for President William Ruto's seat on the Foreign Affairs Committee, met with Hassan Wasswa Galiwango, the Ugandan ambassador to Kenya, in Nairobi after his tweets in an effort to ease tensions between the two nations. After the meeting, Mutua reiterated that everything was good. 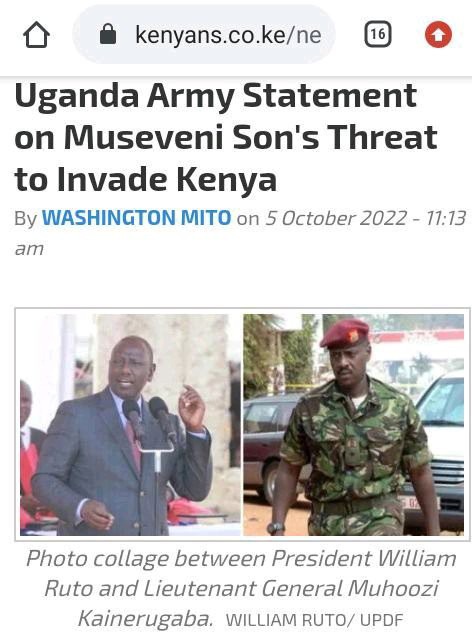 JUST IN; Security Forces Arrest a Soldier Who Killed a Driver of Minibus Ferrying Passengers

JUST IN: Fighting Breaks Out Today in Kishishe DR Congo Between M23 Rebels and Other Armed Groups

Sultana:Mwanzele Decides To Sell Maneno's Clothes To Pay Off Debts