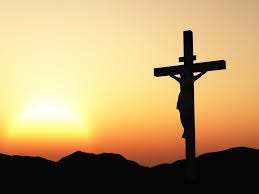 There has been no decisive victory by the IDF over Hamas militants. Infact, the victory by the Hamas millitants has always been camouflaged by the Israeli government as a ceasefire. To me, they can't bring themselves to accept a defeate by this radtag militants, but fight them praying for some super power to beg them for a cease fire as it happens even now.

Let us may be look at why Hamas has been a thorn in the flesh of the IDF to an extent that the Israeli government has emberked on research on how best to protect herself. Infact, if it were not for Hamas, Israel could have not invented the Iron Dome Missile Interceptor.

Apart from Iron Dome Missile interceptor, do you know their (IDF) main battle tank Markava has been designed to fire even around an obstacle? Just to fight Hamas.

So, what are these powerful Hamas strategies and equipment they use in a way that compels the IDF to deploy all her asenals:

Hamas does not use sophisticated guns billed to be the best in the world, but their favorite is AK 47.You see how simple but powerful this gun is? AK 47 is known all over the world to a no child's play in the battlefield. It is a nightmare to the IDF in the hands of Hamas.

They go for the Carlos Submachine.It is homemade but gets the job done.

These are for large scale destruction.To uproot any erected bases for IDF reconnaissance.

You know IDF has the best battle tank in the world. Therefore Hamas has countered that with some powerful anti tank missiles as below.

For a long-range battle, Hamas rains rockets in Southern Israel like hail stones, here they are.

They don't own a tank, but they have converted vehicles for their rocket launchers

Now, these are very simple weapons in Hamas hands. They are developed domestically with the help of Iran. Israel has tried so many years to stop shipments for their raw materials, but she has failed.

In the on going war, I promise you, there is going to be blood and sweat, but IDF is not going to win, instead there will be some declaration of a ceasefire, then the war ends for another time.

But the simple truth is, Hamas is always the victor.

The Most Beautiful Highschool In Nyanza Region 2021(PHOTOS)

"I've Not Asked For Your Support," Hon Odinga Tells Some Politicians, Says This About 2022 Election

The Difference Between A Toyota Prado And Toyota Landcruiser