By Ledward (self meida writer) | 19 days 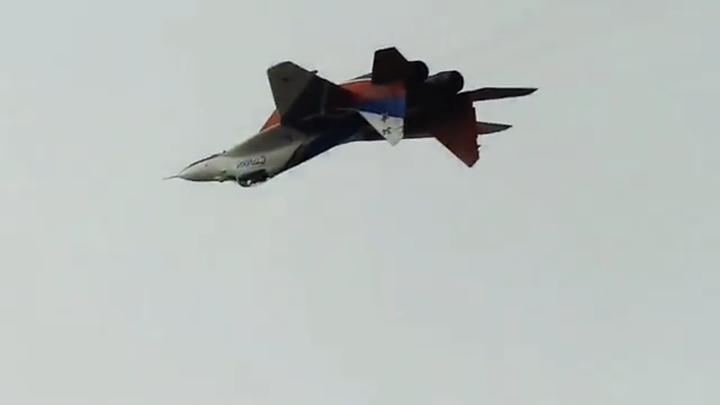 An afterburner (or reheat in British English) is an additional combustion component used on some jet engines, mostly those on military supersonic aircraft. Its purpose is to increase thrust, usually for supersonic flight, takeoff and combat. 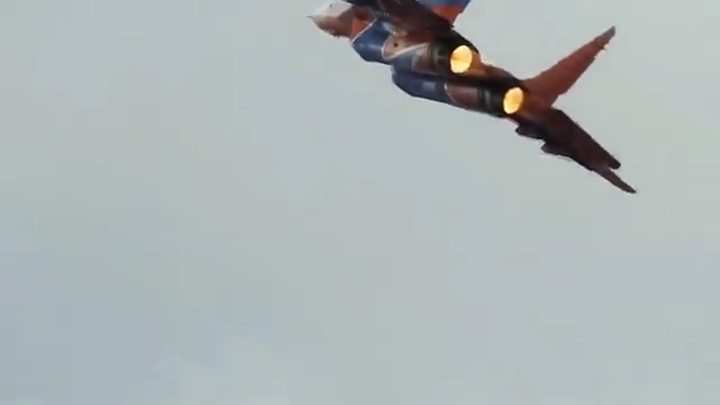 Afterburning injects additional fuel into a combustor in the jet pipe behind (i.e. "after") the turbine "reheating" the exhaust gas. Afterburning significantly increases thrust as an alternative to using a bigger engine with its attendant weight penalty, but at the cost of very high fuel consumption (decreased fuel efficiency) which limits its use to short periods. 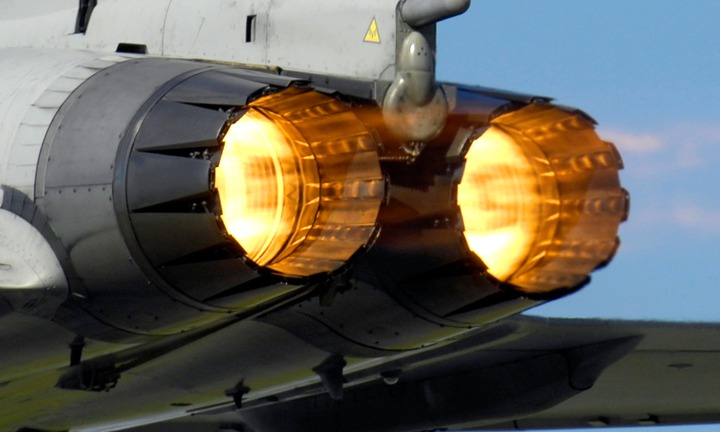 Today, Anatoly Vlasov posted a video on one of his social media account showing a Russian Mig-29 using afterburners only during an aerobatics demonstration. The video was then followed by a statement that read, "The Mig-29 swift fighter jet of the Russian Aerospace Forces performs aerobatics display while only using afterburners. The jet's RD-33 engines provide a total afterburner thrust of 16.6 tonnes." 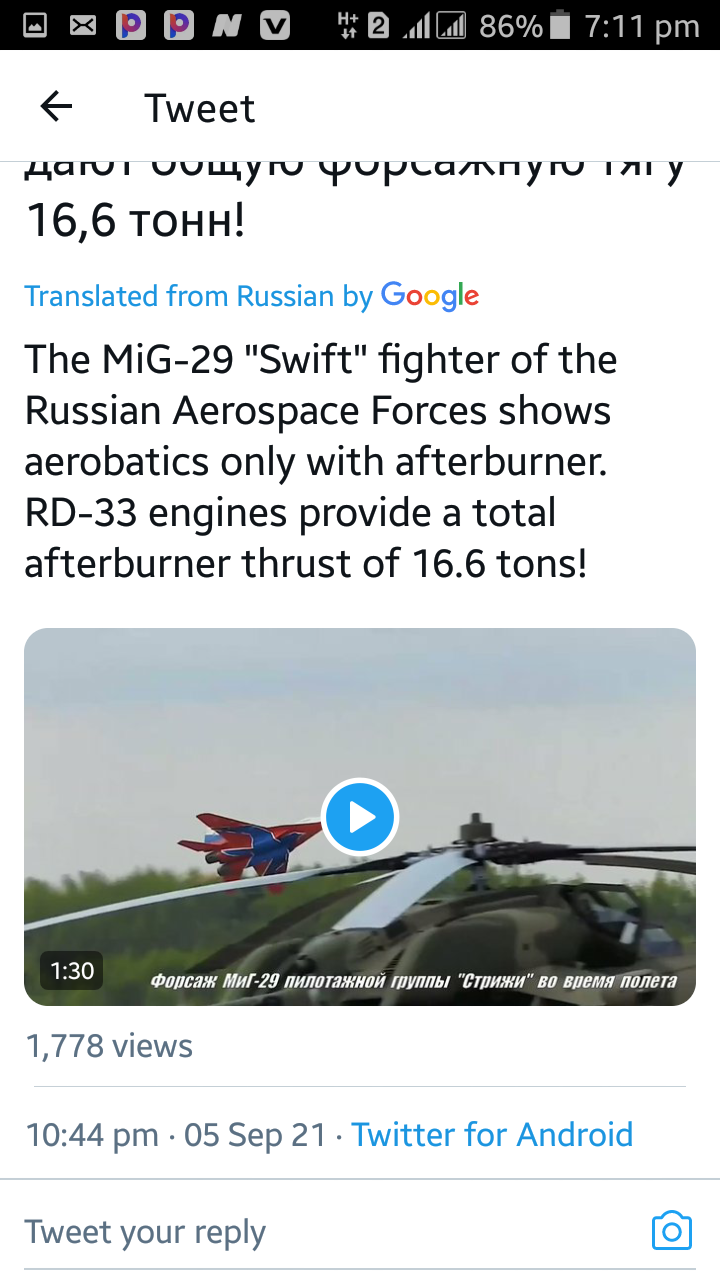 This means that the jet's engines were using so much fuel however the aerobatic display took a very short time. 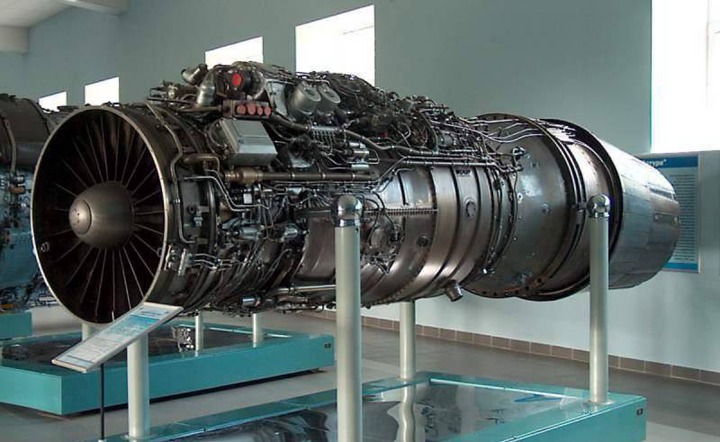 Below are the screenshots of the Russian Mig-29 jet using afterburners during the aerobatics display. 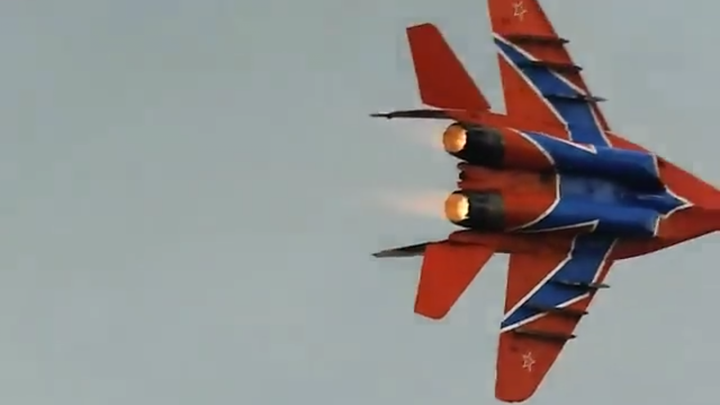 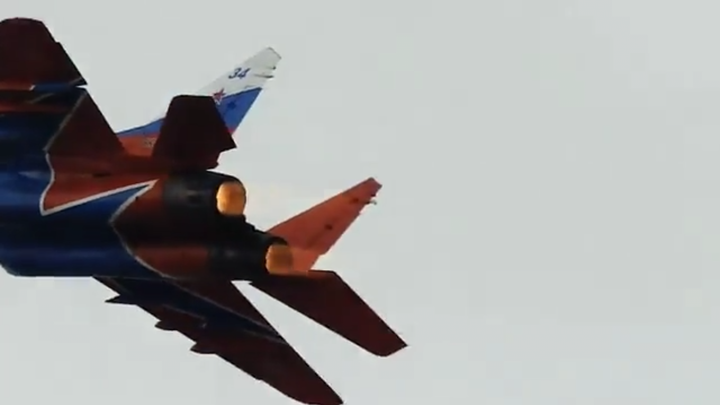 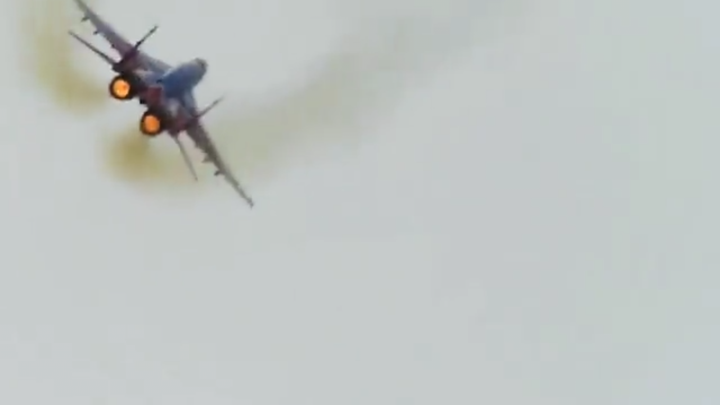 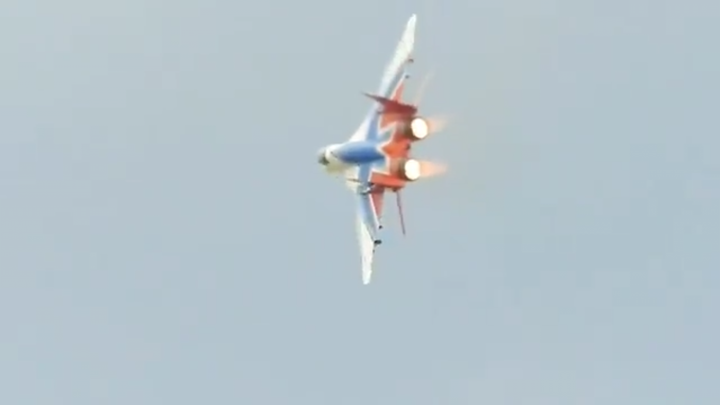 Teacher Calls a Girl in Office, Begged to Engage in The Act With Her Not Knowing She Was Recording