Following the deadly attacks that have be waged on Gaza by Israel since the start of a war between Palestine and Israel on 10th May 2021, at least 219 people, including which 63 are children have been killed with several left nursing serious injuries, many left homeless after losing their properties.

One twitter user, applauded the tireless efforts from the medics, firefighters and doctors in Gaza fortheir endless work in saving lives without bothering about their own safety.

One of the Gaza largest bookshop owners, Mr. Shaban Aslim lost his bookshop to the rocket attack. According to the Middle East eye news outlet, Aslim had to lead a hungry life so as to afford to open the shop. 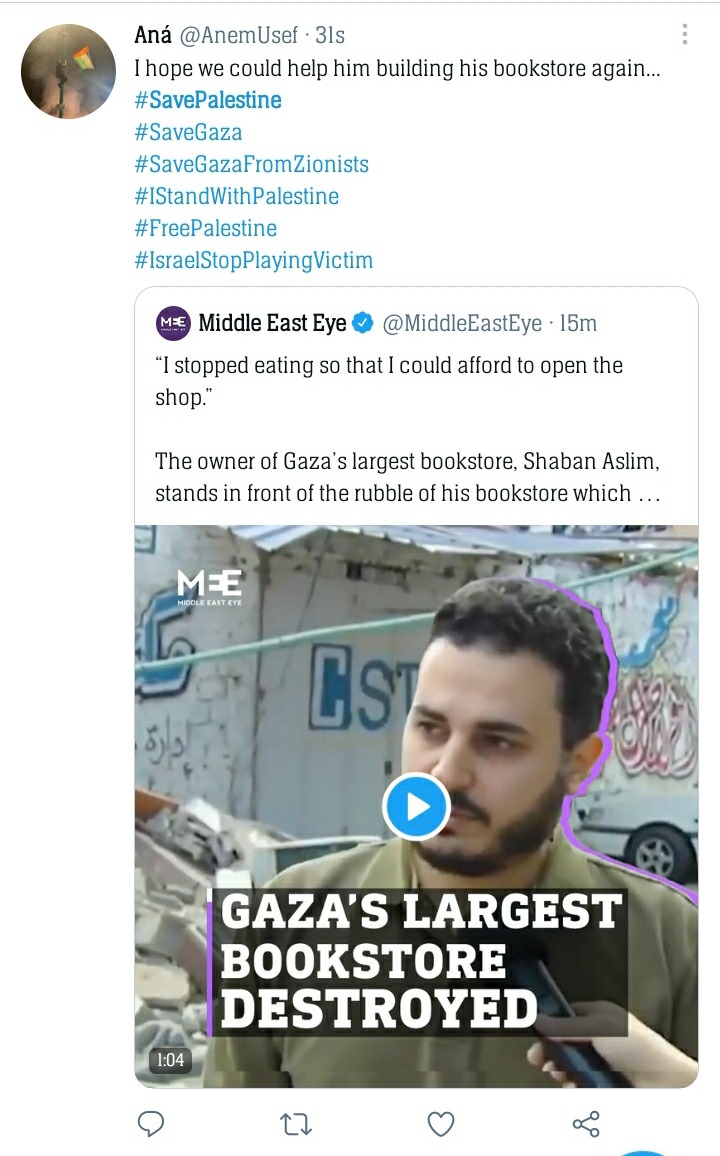 One posted just a while ago how Gaza was slowly losing its beauty, adding that when the war is over and those who manage to live past it may not recognize the city. 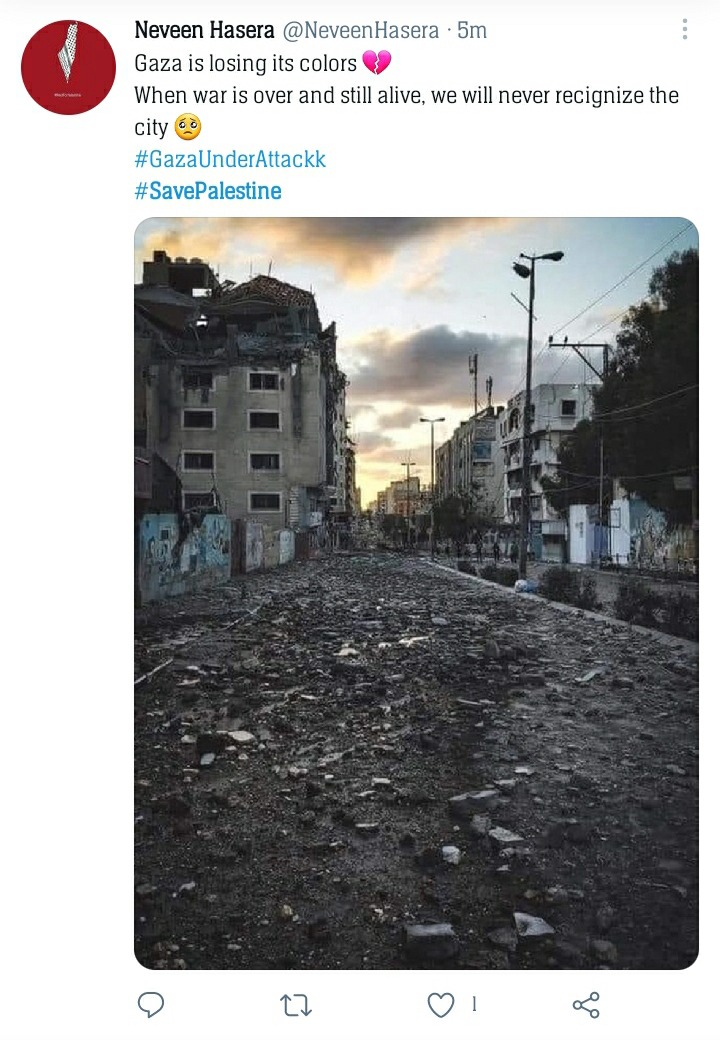 One posted a picture of a soldier looking against a little child who is trying to hide by the wall. He is trying to show to the world how children have to go through during this hard moments. Let's pray for these two countries. 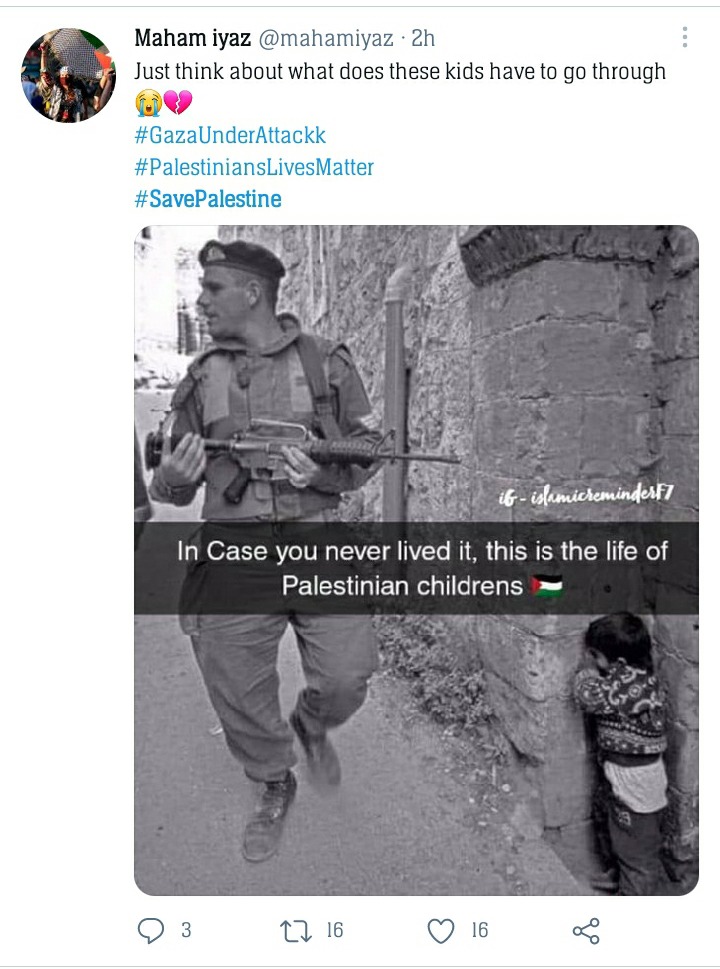 Another user posted a picture taken just moments after the attack took place. A man is seen holding a ln injured girl while trying to rush her for medical attentions. 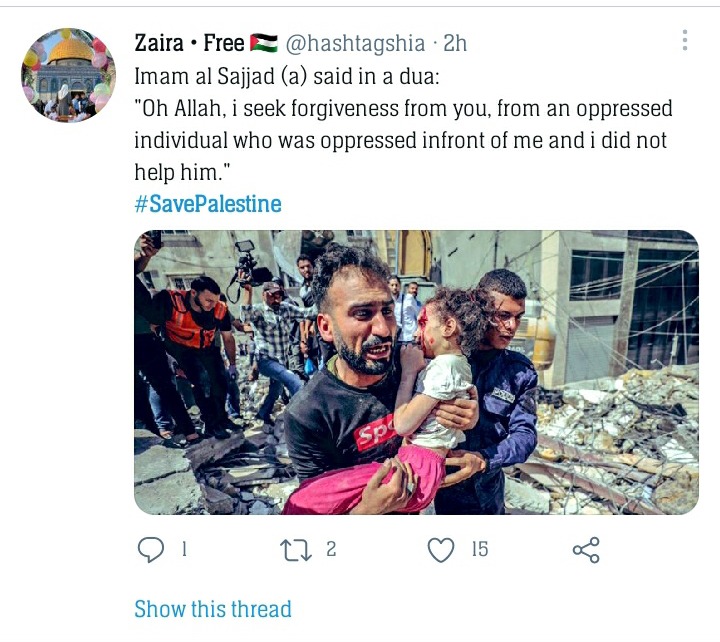 Here are some of the other pictures shared by different individuals showing how hard the situations is at Gaza at the moment. 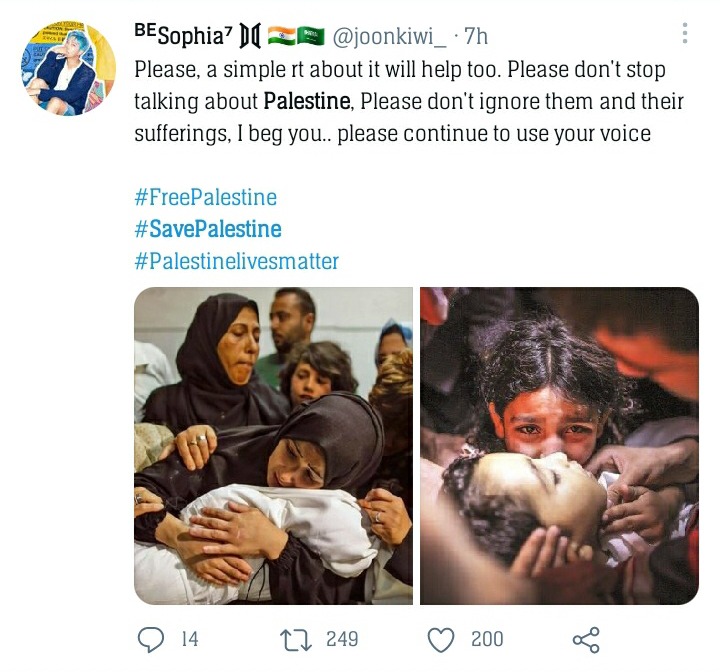 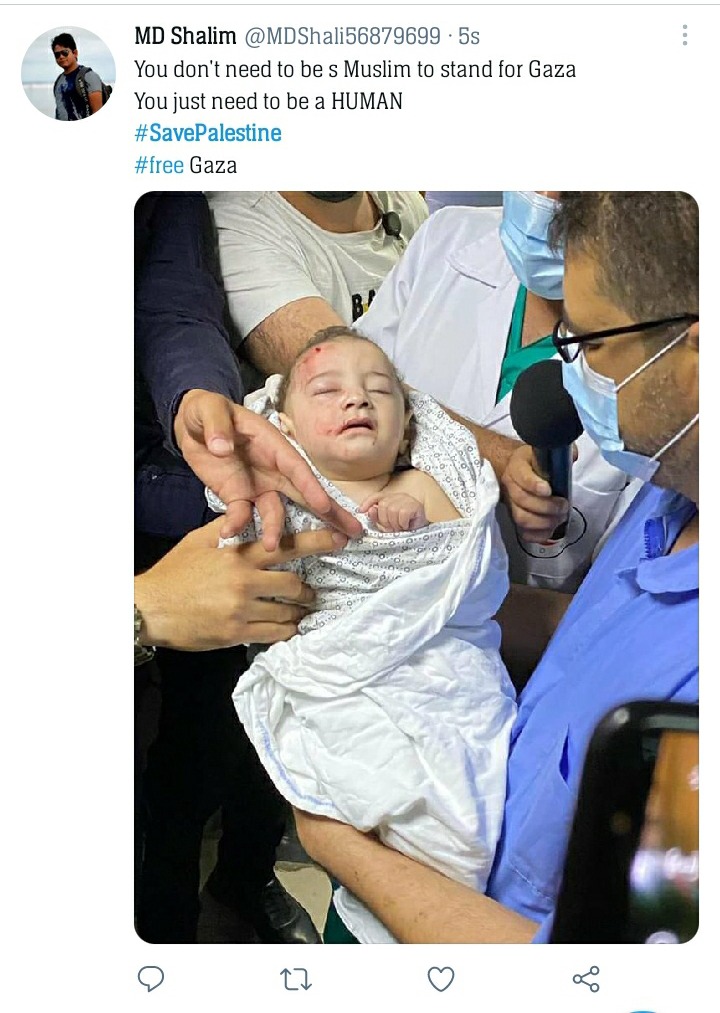 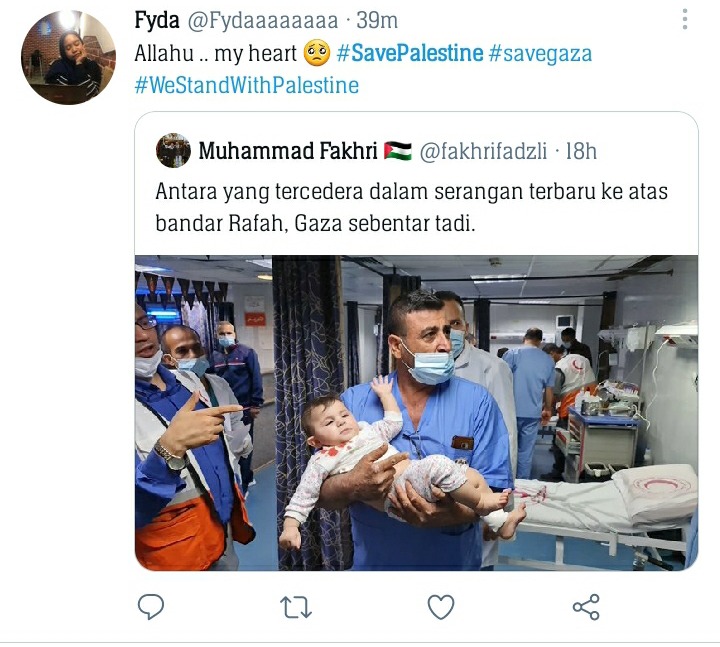 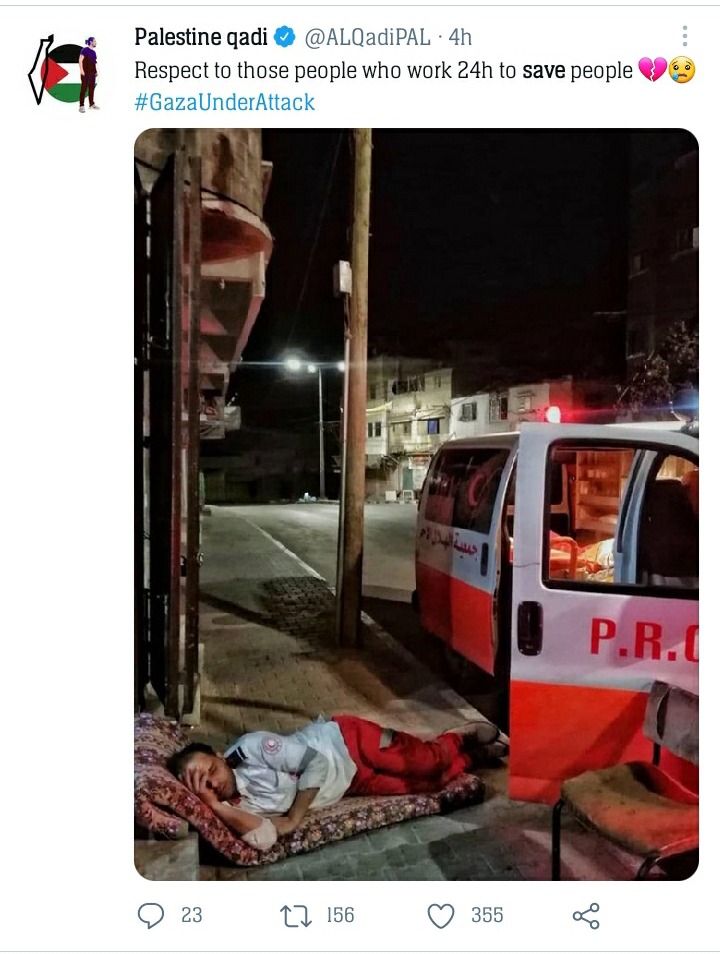 Earlier today, it was reported that, Israel had fired defeaning rockets on Gaza in the Pre-dawn hours, despite calls from international diplomats on cease fire. Israel's PM Benjamin Netanyahu had revealed that Israel had no plans of backing down until the Hamas Islamists are dealt on. Below is a picture of two palestinians protesting against the attack by Israeli military on Gaza. 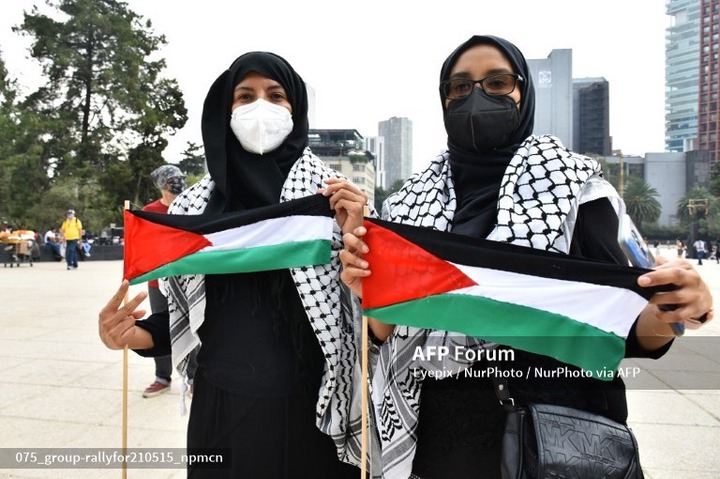 According to new sources, Palestine have retaliated to Israel's morning strike by firing a number of rockets to Israel.

Reactions After A Video Of Pregnant Vera Sidika Emerges