M23 Rebels Cry Out Saying They Are Currently Under Attack

By NancyL (self media writer) | 7 days ago 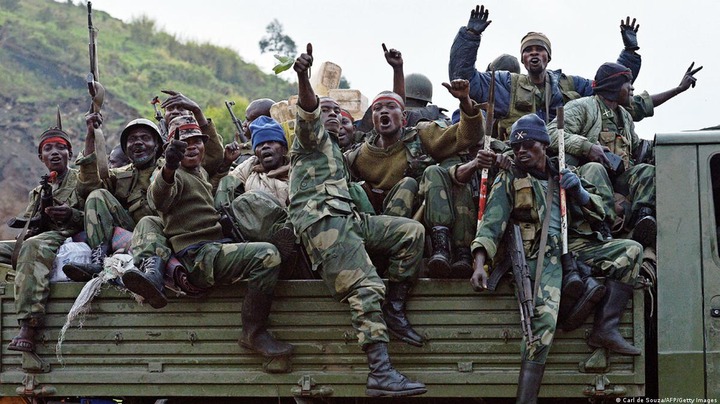 The M23 rebels have this Tuesday claimed that the military is currently attacking them from their positions.

M23 spokesperson Lawrence Kanyuka took to social media where he made the claims that government forces and their mercenaries have attacked their positions in Bwiza, Kitchanga and its surrounding.

According to Kanyuka, fighting is currently ongoing

"Kinshasa Government coalition forces and their MERCENARIES are attacking our positions in BWIZA, KITCHANGA and surrounding areas, fighting is ongoing at this time. All behind our Sarambwe lions, A Luta Continua," he tweeted after a loose translation from French.

M23 had earlier today released a detailed statement, claiming that the government is not supporting the ceasefire agreement they reached during the Luanda summit and the Nairobi peace talks. They claimed that forces are attacking their positions as well as allegedly arming other militias to fight the M23. 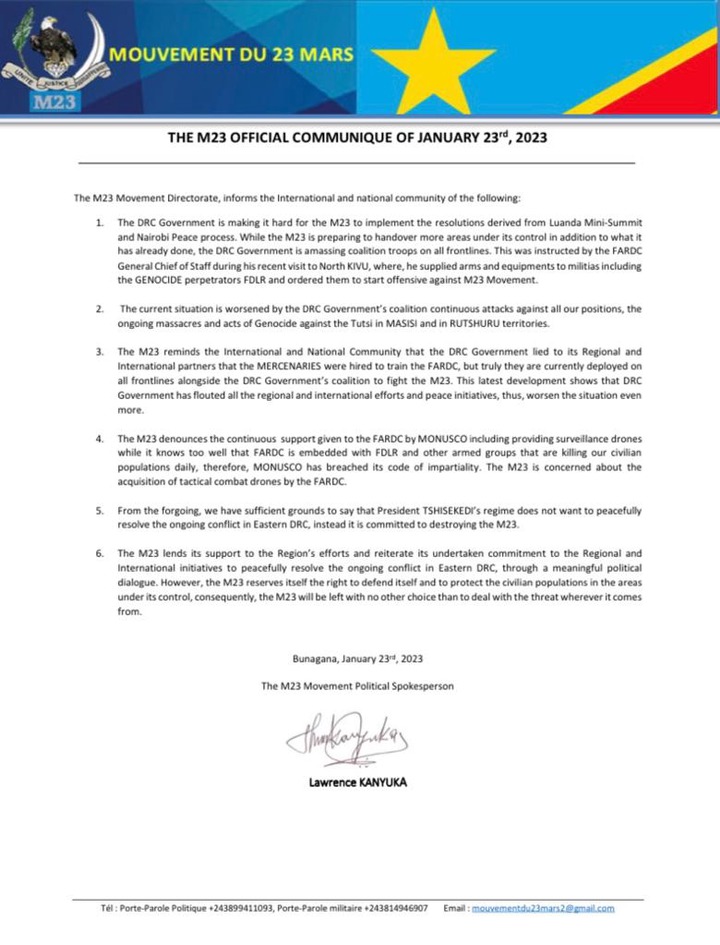 According to M23, the government is not after restoring peace in DRC, but it is allegedly after finishing the m23 group.

"From the foregoing, we have sufficient grounds to say that President TSHISEKEDI's regime does not want to peacefully resolve the ongoing conflict in Eastern DRC, instead it is committed to destroying the M23," said M23.

The rebels have since vowed that they are not going to sit back and wait for their deaths, but they are going to defend themselves.