By Samtoywa (self meida writer) | 1 months 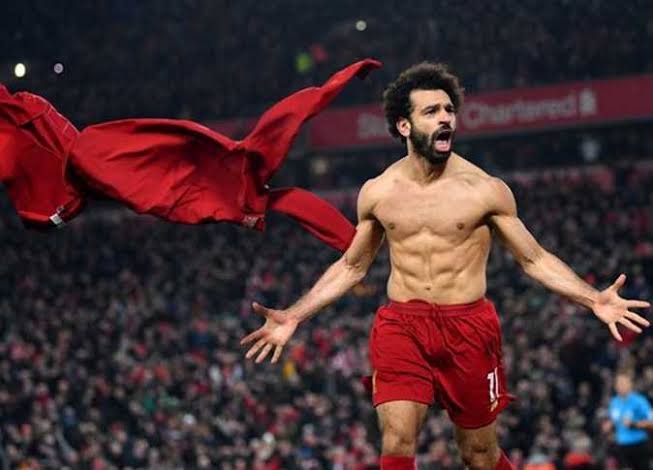 In the latest updates on Israel-Palestine tussle, Israel's military renewed its bombardment of bisieged Gaza strip. At least 26 Palestinians including 9 children were killed and at least 103 wounded in Israeli air strikes; Gaza's Health Ministry has reported.

This state of affairs have led to many people across the world calling on the world's super powers to intervene and stop this senseless kollongs. Top on the list is Liverpool and and Egypt footballer Mohammed Salah. In his tweet he said, "I'm calling on all world leaders including the Prime Minister of the country that has been my home for the past 4 years to do everything in their power to make sure the violence and killing of innocent people stops immediately. Enough is enough." 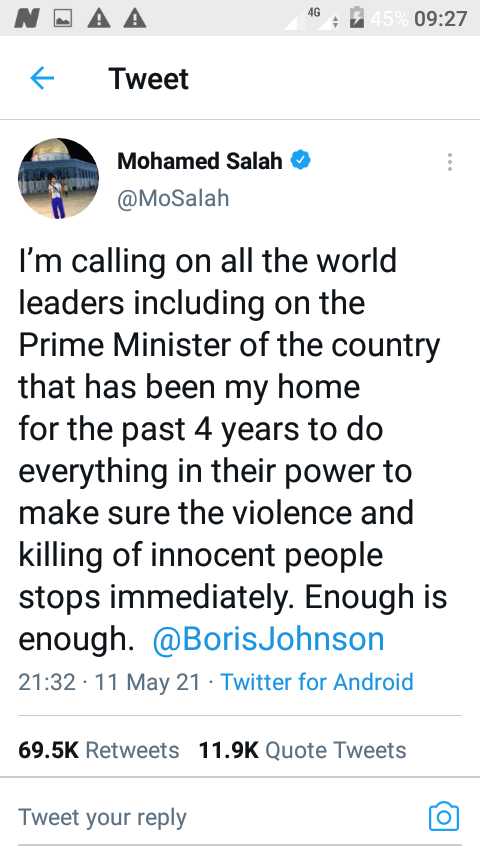 His tweet has been given an interpretation that he was inferring to the war between Israel and Palestine. As of now, this is the place where innocent people are dying as a result of bombardments by Israel Military and Counter attacks.

In support of No Salah netizens had the following to say. One Chandramani Shrivastava said, "Solution to Palestine violence is no more with world leaderships; they created it in the first place after the second world war. Solution lies in diserming Hamas and telling Israel to stick to its earlier defined territory. Palestine need to adopt the neighbours they don't want." 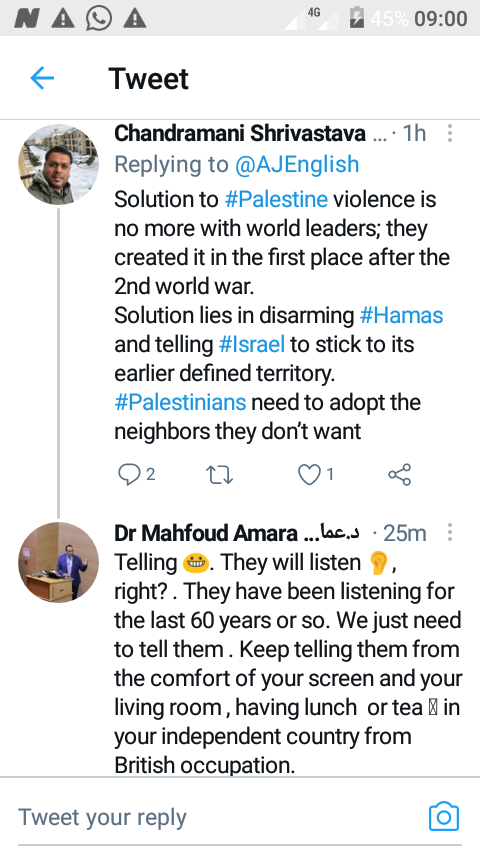 Mustafa Farhat added that the leaders must make sure the violence and killing of innocent "Palestine" people stops immediately. But Kieran Patterson reminded him that there will be Israeli innocents too and no single innocent life is worth losing. 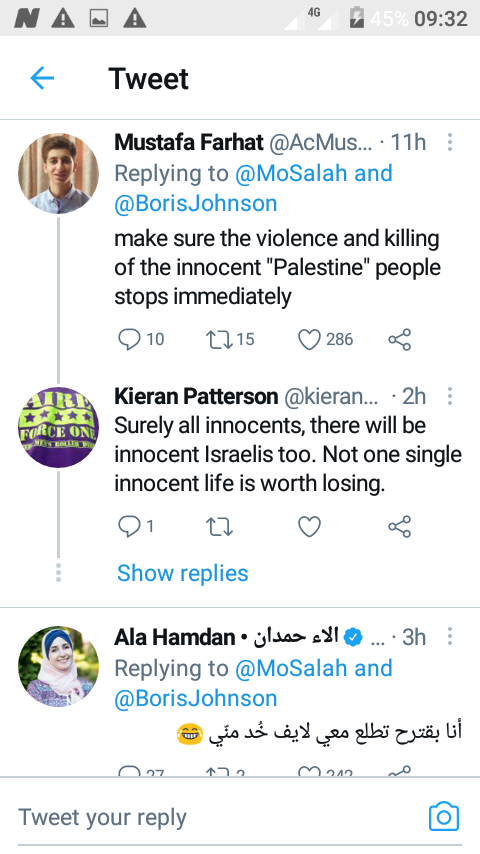 What are your thoughts about the war between Israel and Palestine? What do you think should be done to stop it and have an amicable solution going forward?

Meet AS Roma Football Star Who Worked as a Military Assasin

Reactions After A Young Lady Allegedly Find's Herself In A Hospital Saudi Arabia, Unknowingly

Who Killed The Kiambaa Children, Ask Yourself This In Your Mother Tongue, Claims Mutahi Ngunyi

Ruto Teared Apart, as Uhuru's Ally 'Exposes' Him While Sending a Message to Kikuyu Community