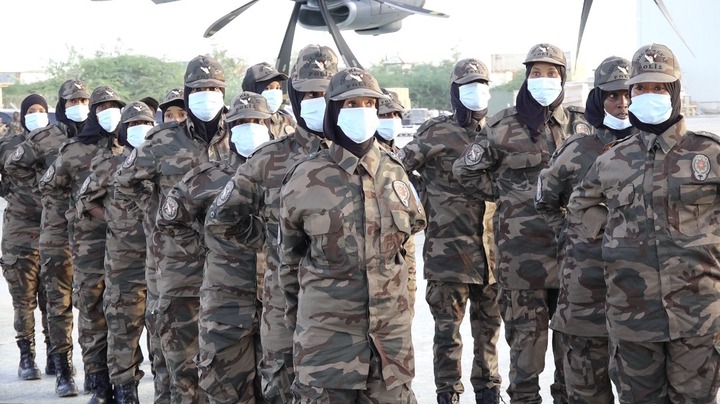 The federal government of Somalia has today sent an only female special police unit abroad for specialized training.

On Monday afternoon, at least 49 members of the Special Unit of Somali Police Haramcad were sent to Turkey for further training. 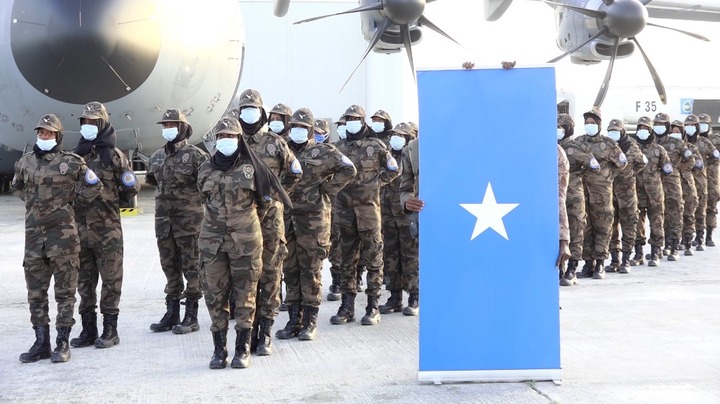 According to Somali National Television, the event was attended by Somali Police Chief and officials from the Turkey embassy.

"49 female officers from Special Unit of Somali Police Haramcad have departed to Turkey for further training on Monday afternoon. Somali Police Chief and officials from the Turkey embassy have attended a farewell ceremony held for the officers at Mogadishu’s airport," the updated. 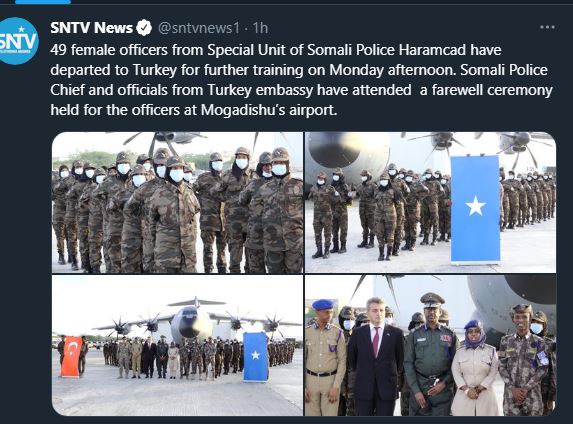 Turkey and Somalia have been working together for years now, with most of Somalia's military officers getting specialized training in Turkey.

The Somali National Army Forces has a group of special forces called Gorgor Special Forces, which is made of commandos that are training by Turkey forces. 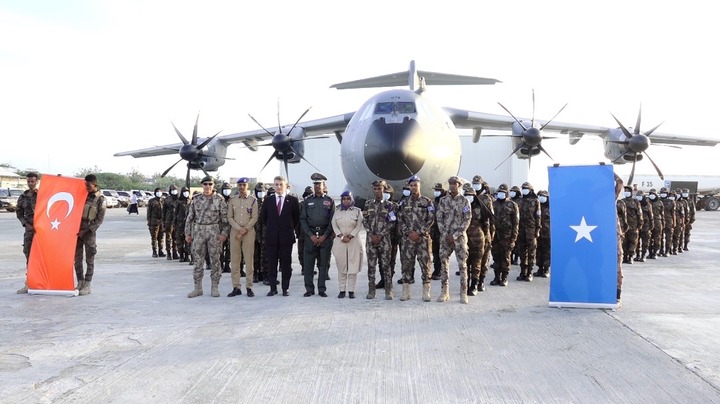 They also have another unit of commandos called Danab, which is made of special forces officers trained by US Forces.

Sending 49 females officers abroad for specialized training is a big boast for Somalia, especially at this time when the country is heading to the general election amid endless terrorists attack. 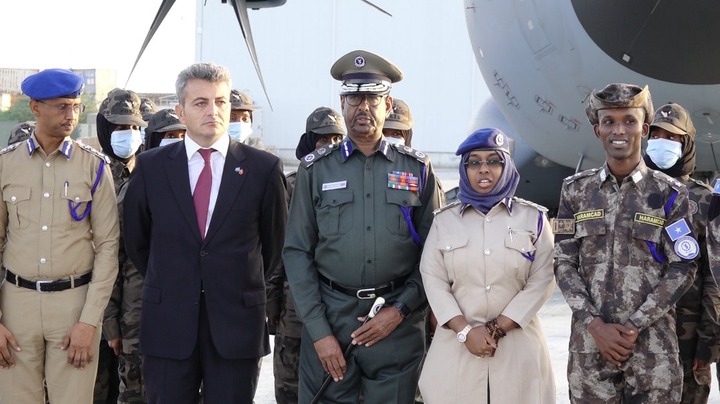