Five Police Officers were Injured in an Early Morning Gunfight.

By Chepkesio (self media writer) | 8 months ago

Five police officers were injured after exchanging fire with suspected Al-Shabaab terrorists near the Mandera-Somali border. 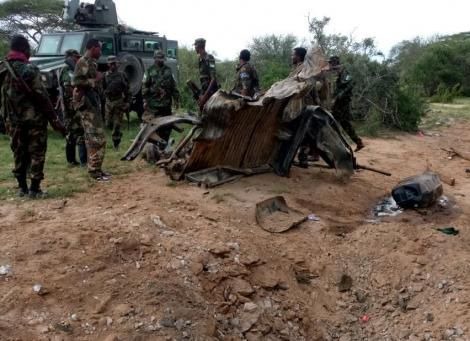 On Friday, May 21, the national police service issued a statement to newsrooms revealing that a multi-agency team of security officers was on the hunt for suspected militants.

KDF troops at the scene of a previous al-Shabaab attack in Northern Kenya.

The National Police Service has secured the area following the early morning attack.

The incident comes just a day after several Kenya Defence Forces (KDF) officers were injured when their car collided with an improvised road bomb.

The officers' vehicle collided with the Improvised Explosive Device (IED) while traveling in a Landcruiser from the Baure Camp to the Kenya-Somali border, where a wall is being built.

Following the attack, the KDF issued a statement stating that teams had been deployed to man the routes in order to prevent enemy movement.

The force recognized the soldiers' bravery during the attack and appreciated the quick response by other security teams following the incident. 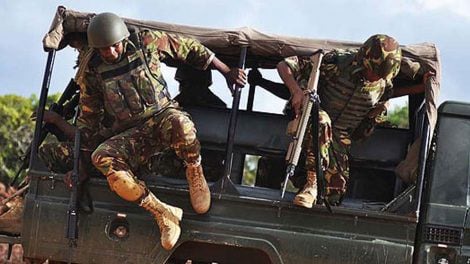