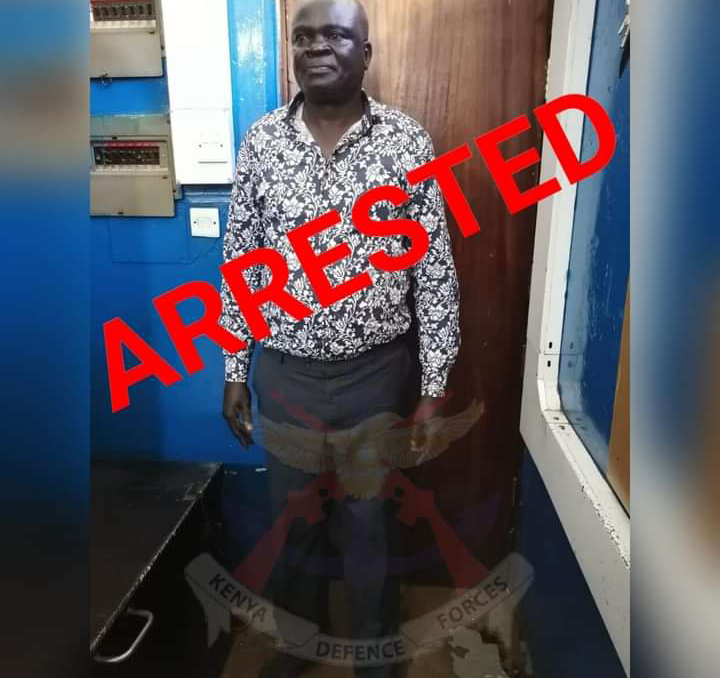 Taking to their different social media accounts to confirm the incident, the KDF has revealed that the suspect who has been identified as Mr. James Juma had lied to a number of residents of Eldoret that he was going to help them find job in the army to the point where he even started collecting money from them to facilitate this process.

According to the reports given by one of the victims whose name is yet to be disclosed, she claimed that the suspect demanded ksh. 378k from her claiming that he was going to give her son a calling letter after everything is done. However, the man would late Mr give the woman a fake calling letter forcing her to report him to the police station for more investigation and questioning.

This was followed by a dramatic scene after a number of Kenya Defense Forces went to the man's hideouts where he was arrested and taken to the police station after which he will be taken to court on claims of fraud and impersonation.

While reacting to this incident, the Kenya Defense Forces has called upon any Kenyan who might have fallen victim to this kind of cons to make sure they report them to their nearest police station for more investigation

According to the reports given by the KDFs, they claimed that recruitment process ended on November 26th adding that no one is supposed to give out any amount of money to any KDF or even show up at any alleged recruitment base due to the fact that the process came to an end several days ago. 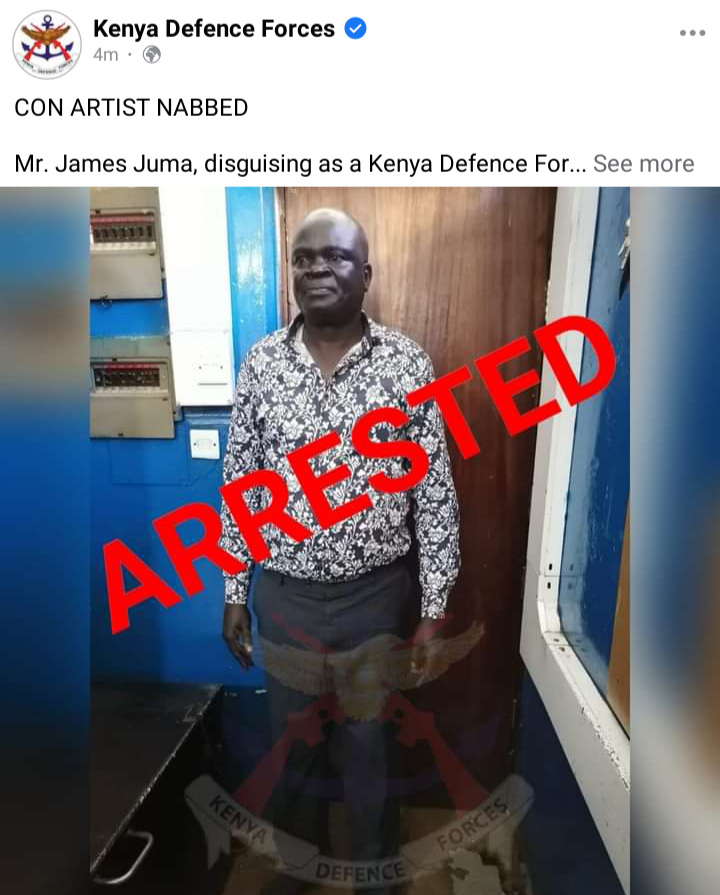