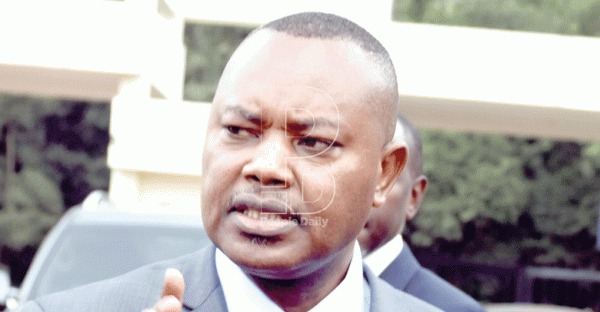 The boss of the Director of Criminal Investigations (DCI), George Kinoti, has named British soldiers linked to the murder of Agnes Wanjiru, who was killed in 2012.

Speaking on Thursday, December 2, Kinoti said he was recording the statements of the 14 soldiers who will identify the perpetrator of the heinous crime.

Kinoti, who was briefing the National Assembly's Defense and Foreign Relations Committee on the status of investigations, said his homicide team was ready to travel to the United Kingdom (UK) to interview the soldiers, adding that he had established communication with the Royal Military Police in Britain.

"As the Kenyan authorities retain jurisdiction over the case, it is incumbent on the investigative team in conjunction with the Royal Military Police to interview and then record the statements of those affected," Kinoti said.

The DCI boss told parliamentarians he had not yet established whether Wanjiru was killed in the room reserved by the soldiers at the hotel and thrown into the septic tank, or whether she was killed while they were lying in wait. were going to the room.

“It is clear that the deceased never returned to the bar and was murdered by a British soldier in uniform who was last seen with her. This septic tank where the body of the deceased was discovered and recovered is in the same direction that the deceased and the soldier were seen heading,” Kinoti said.

A number of First team Players set to Return for Manchester United from Injury.