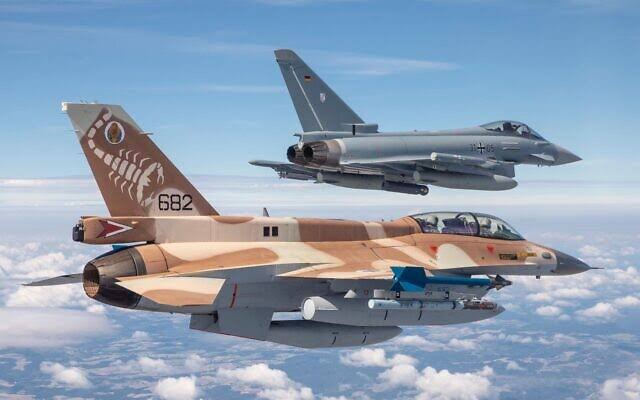 German Airforce planes in the past action. [image credit/ Times Of Israel]

On its route to Netherlands, the Kenya Airways aeroplane; th Boeing Dreamliner 787-8 had a technical hitch as it was flying through the German airspace.

Based on the reports received from Aviation Herald, the KQ Plane on Monday last week destined for Amsterdam lost its communication with the authorities for a while triggering fear among the locals in Frankfur and Landshut areas.

The sound produced by the supersonic airplane caught the attention of the administration, and the German Airforce swiftly swung into action. In the event, two fighter jets were released to carry out the investigation.

Upon interception by the two German Euro fighter Jets, the communication hitch was restored and the plane was able to continue with the flight before landing after 30 minutes.

“Following the intercept, communication was restored and the Dreamliner continued to Amsterdam for a safe landing about 30 minutes later,” said the statement on the Aviation Herald site.

Just in; Good News To All Kenyans After KDF Again Announces Countrywide Recruitment, How To Apply