By My.News.Com (self media writer) | 7 months ago 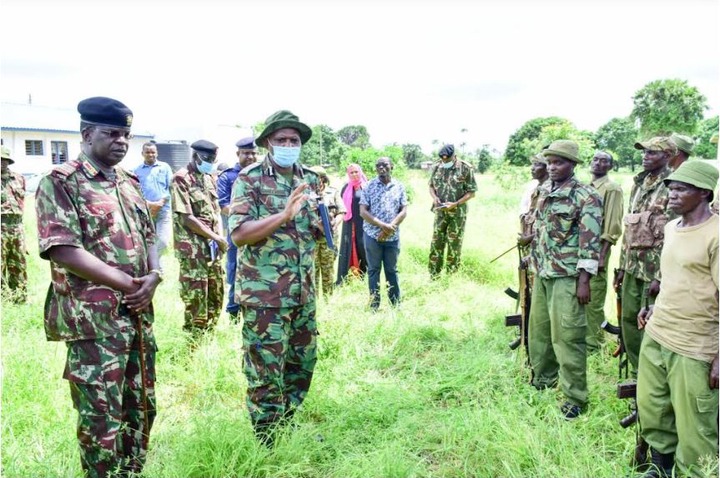 The government has sent more than 100 reserve police (NPR) officers to all Lamu villages witnessing the alleged killings and killings by Al-Shabaab terrorists to co-operate with other security forces in dealing with the terrorists.

Coastal Security Coordinator John Elungata visited the affected areas and ordered the NPR to be deployed in rural areas in a bid to crack down on terrorists in Lamu.

Over the past two weeks, Lamu villages, including Juhudi, Marafa, Hall, Widho, Mashogoni, Bobo-Sunkia and its environs have witnessed an attack that left 15 people dead and more than 10 houses set on fire by terrorists. 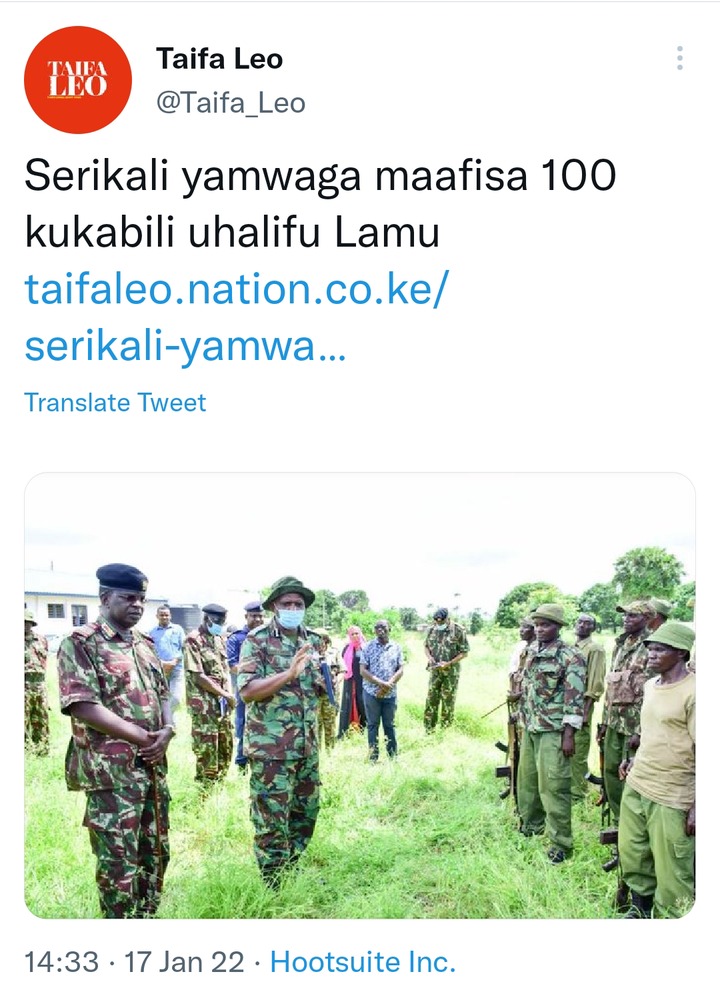 Addressing the NPR officials, Mr Elungata said the government was committed to providing the officers' families with food and other necessities to allow the officers to remain in the forest for 30 to 40 days to fight the terrorists and eliminate them.

A survey conducted by Taifa Leo also revealed that the government has been paying the NPR of Lamu Ksh 10,000 per month as one way to motivate them to carry out their duties.

Mr Elungata maintained that the government's goal was to ensure that citizens and property were properly protected.

He urged the NPR to co-operate with the local people and seize intelligence that will help confront and defeat the criminals who are harassing Lamu.

"I have come here to urge you NPR to cooperate with us. My request is that you enter the villages and forests to hunt down and confront these criminals. You will co-operate with the police and the army in carrying out that role. In In order to fulfill this responsibility, the government has reached out to provide food aid, including maize, wheat and oil to support your families as you fulfill that responsibility, ”said Mr Elungata.

For his part, Lamu County Commissioner Irungu Macharia said he had faith in the NPR in helping to crack down on criminals in Lamu, given that the officers were locals.

“You are the ones who know the streets better here than the police or the army brought in from elsewhere. In addition, the people have come to trust them as they know them well and this will help them to get the intelligence that they met and defeated the criminals. Let us work together to defeat the enemy, ”said Mr Macharia.

Some NPRs who spoke to Taifa Leo promised to make every effort to deal with criminals as ordered.

Security Officers At Ruto's Home Replaced As These Details Emerge