By Lilian_Aloo (self meida writer) | 13 days 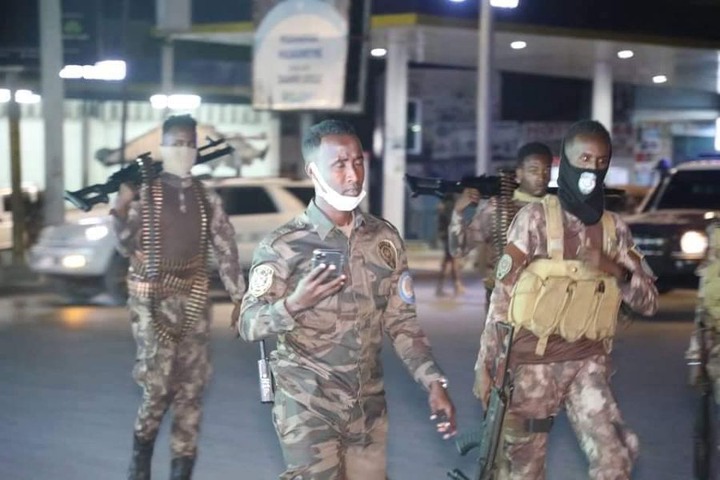 Multiple Somalia based media houses are reporting of a high level of panic in the country as heavily armed rebel soldiers drawn from the Somalia national army (SNA) reportedly lay siege on the capital of Mogadishu.

The Somalia Guardian reports that the rebel troops that are allied to Somalia opposition leaders are advancing towards president Mohamed Farmaajo's official residence in the capital Mogadishu, a residence that is a stone's throw away from the country's parliament buildings. 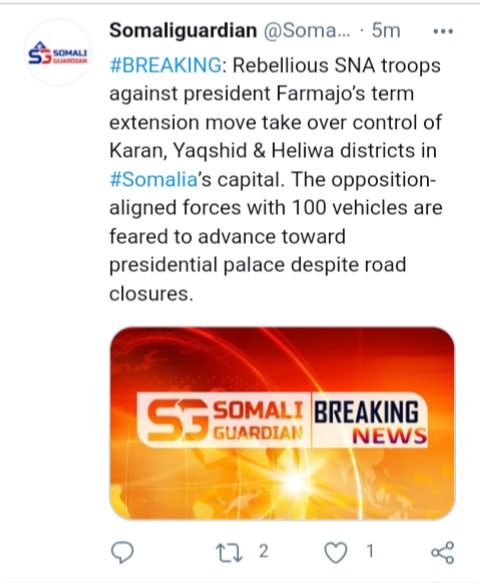 The troops that are heavily armed to the teeth have equipped themselves with dozens of military vehicles and have stormed Mogadishu after leaving their bases in the Shabelle region.

"Tense situation in Mogadishu today as100s of troops with dozens of military vehicles move in to the capital's northern neighborhoods. Reports say the troops crossed from Middle Shabelle region and are closely aligned with opposition leaders," the media house reports. 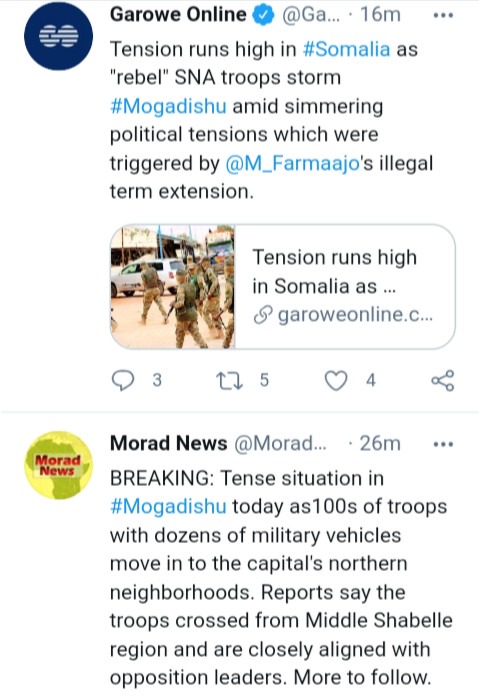 The rebel SNA soldiers have taken control of some districts in Mogadishu like Yaqshid district, Karan and Heliwa districts and are against the decision by embattled Somalia president Mohamed Farmaajo to extend his term in office by a further two years.

Olunga Nominated For His First Award In Qatar