By VictorAdundo (self media writer) | 1 month ago

Ugandan army commander of land forces Gen. Muhoozi Kainerugaba has sparked a heated debate online after he praised the capability of the army.

According to the sources General Muhoozi claimed that the army was among the best armies in the world and only fools will be dreaming of fighting them. 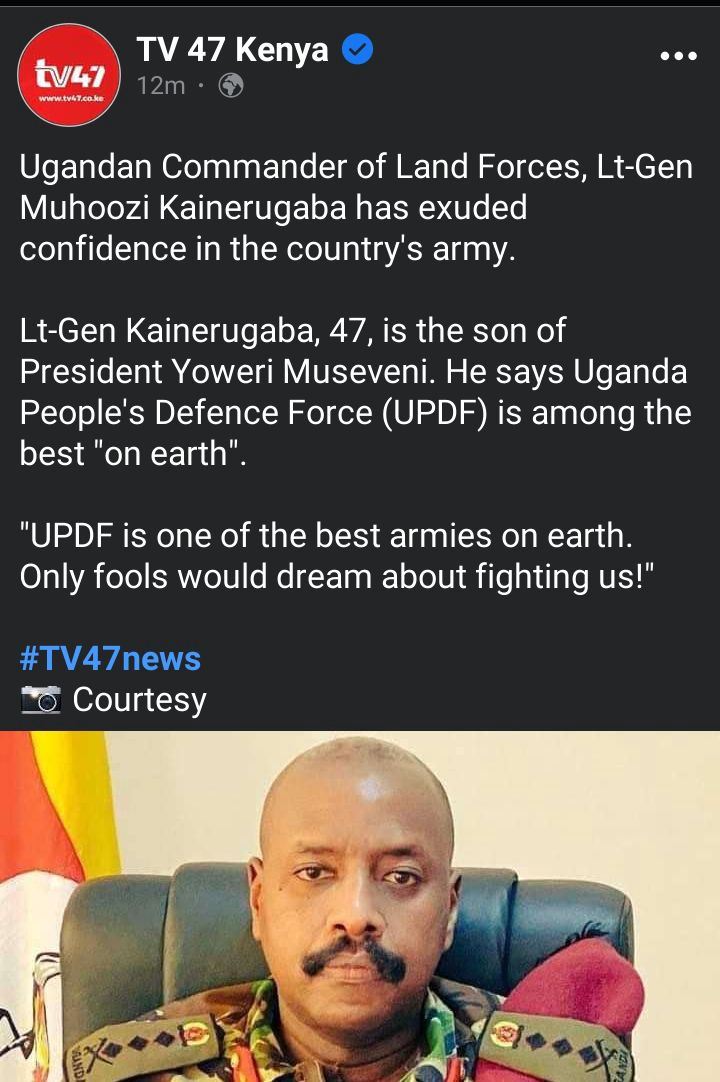 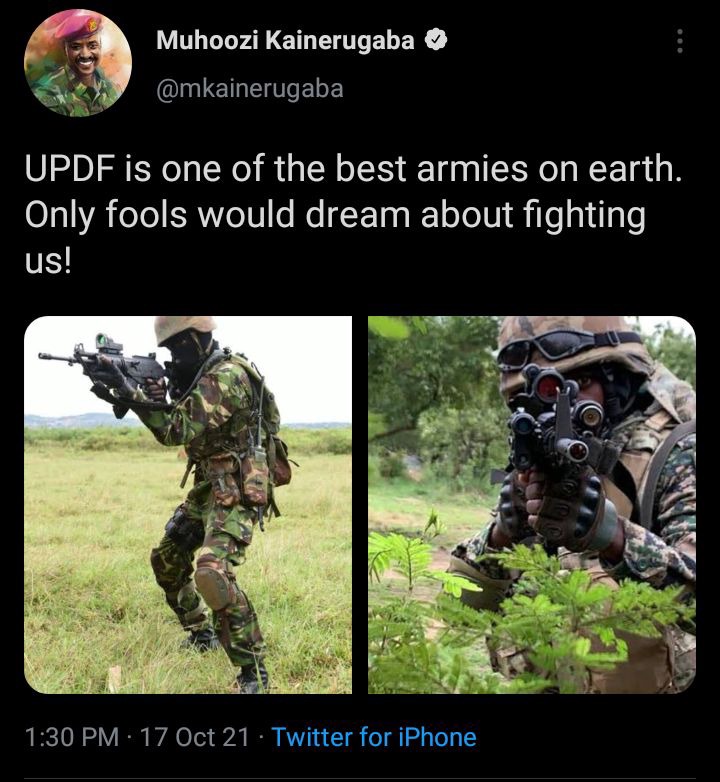 However, his comments were met with a series of wild reactions as many bashed him for allegedly taking the army as family property. 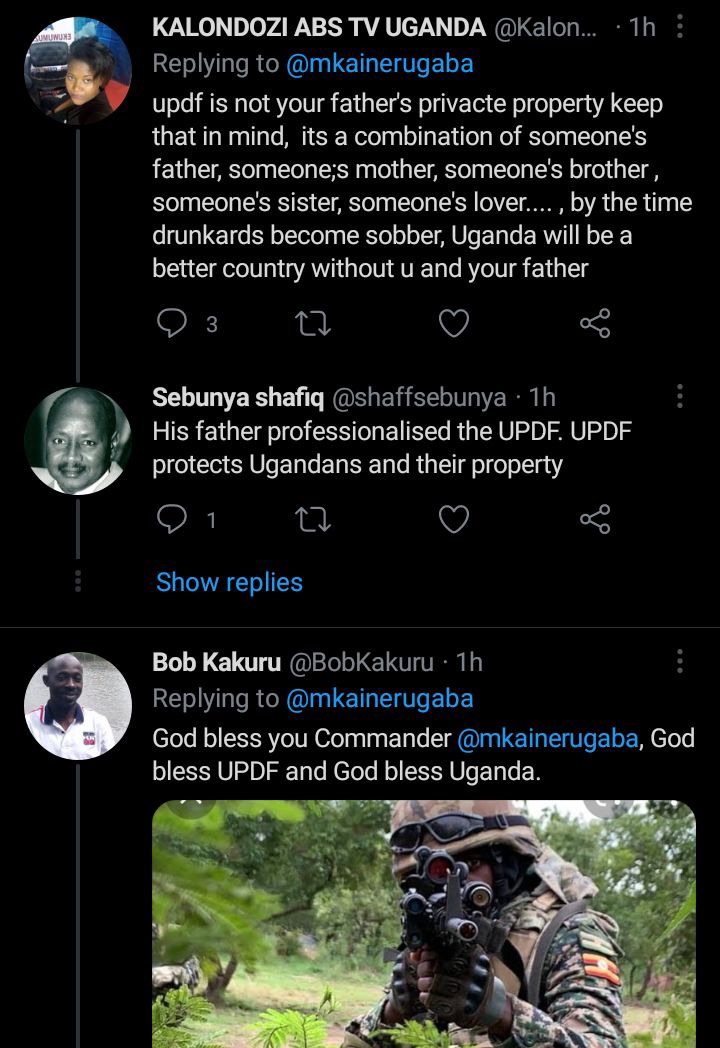 As others joined him in praising the country's army, he was bashed for promoting war instead of being in the frontline in bringing peace and stability to the country. 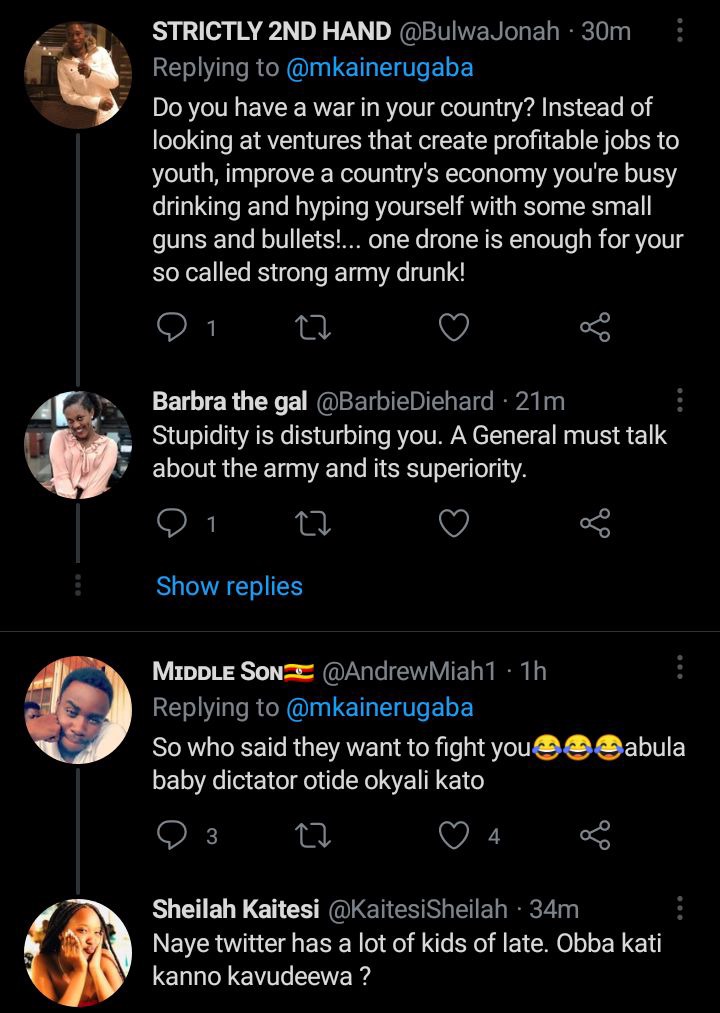 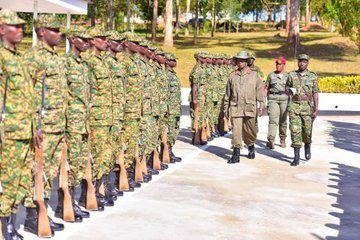 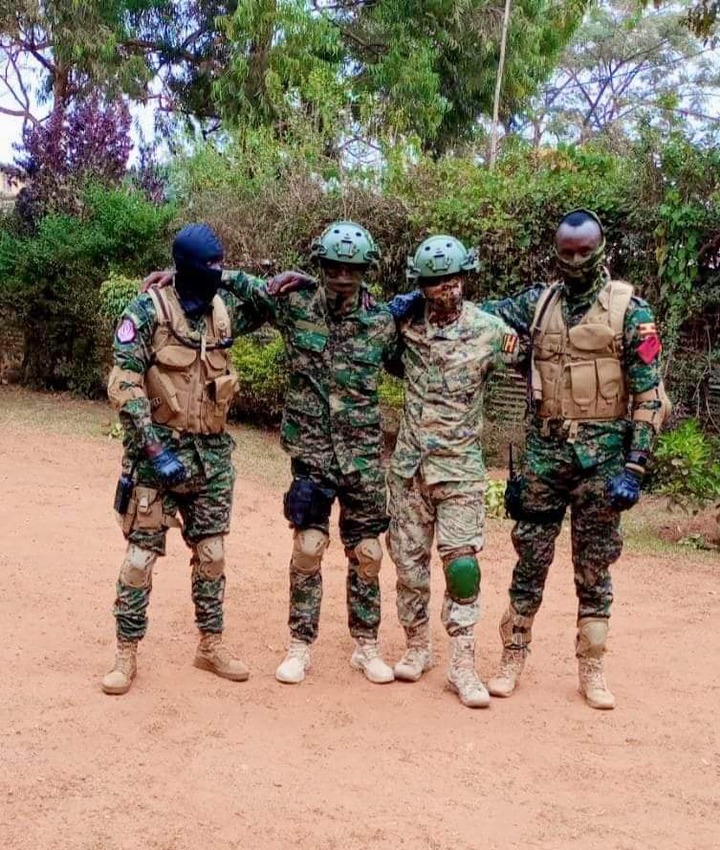 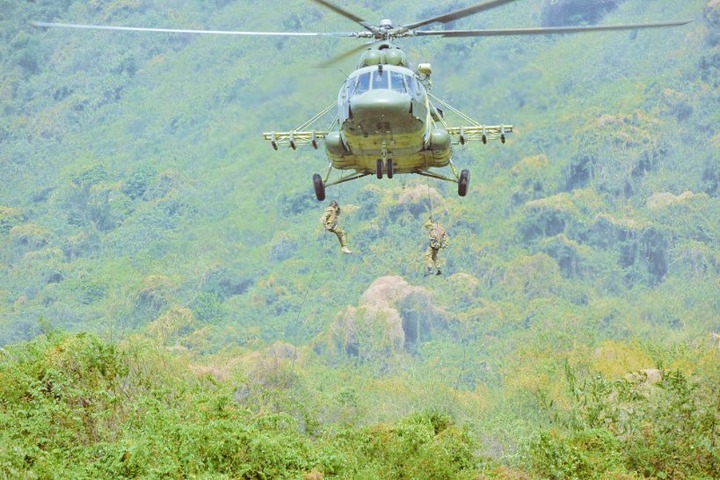