By MajorEvans (self media writer) | 24 days ago 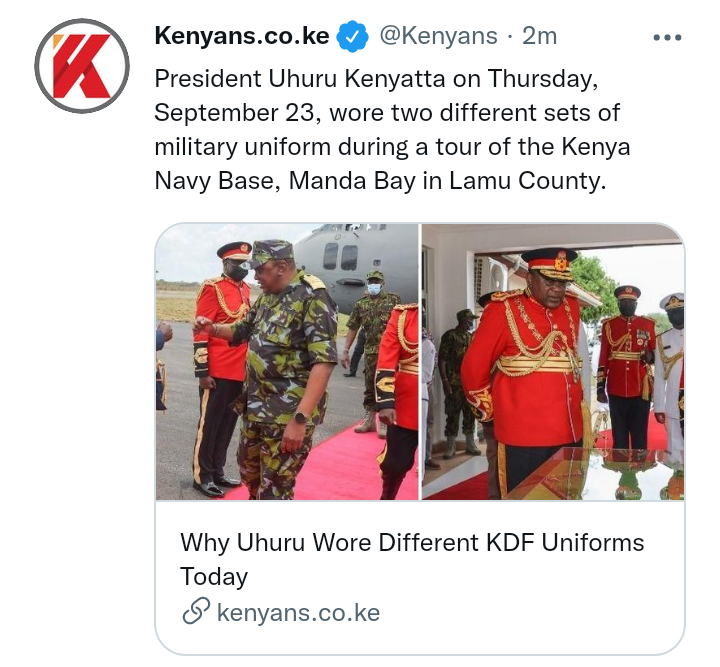 While in the jungle green camouflaged uniform, he was received by Defence CS Monica Juma and Chief of the Kenya Defence Forces Robert Kibochi. Uhuru later changed to the attire during the Presidential and Regimental Colour Presentation Ceremony which he awarded Lieutenant Nordin Juma. 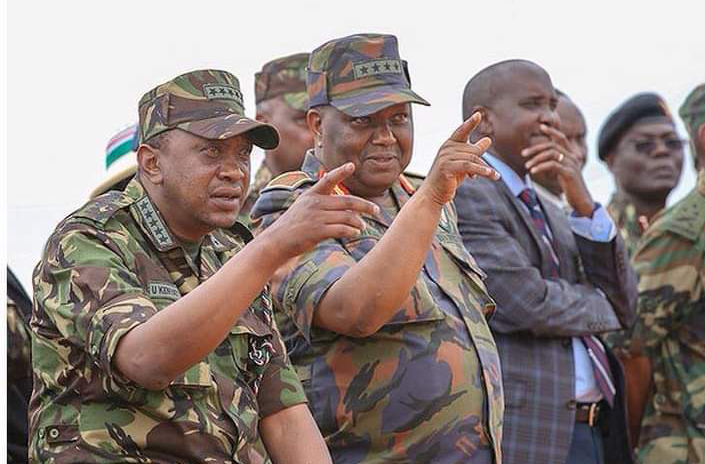 "In the hierarchy, we have the Kenyan Army (Nchi Kavu), followed by the Kenyan Airforce and the Kenya Navy. So the tradition has been that he must put on the colours of the major wing of the army (largest service) and that is the Kenya Army," he clarified.