By SirDrunkard (self media writer) | 5 months ago 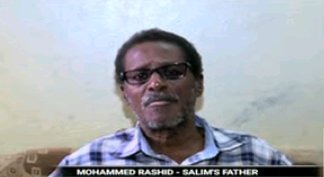 The father of the terror suspect, Salim Rashid, who was apprehended by the Democratic Republic of Congo Security after suspicions of him being a terrorist has made a passionate request to the Kenya Government during his interview with NTV on January 30. Mr Rashid requested the government of Kenya to extradite his son so that he can face Charges here in Kenya, but not DRC where he was arrested.

Speaking to NTV, Mr Rashid said that Salim was just a good boy who attended madras and was taught moral of the Islamic religion and it's tenates.

According to Mr Rashid, his son was a good man who besides attending Madras attended thr regular school well and never portrayed any terrorism tendencies.

The man called upon Kenyan government to try and bring his son home so that his son can be tried by Kenyan courts.

According to Security sources, the terror suspect left kenya to Democratic Republic of Congo in 2020 through Uganda. 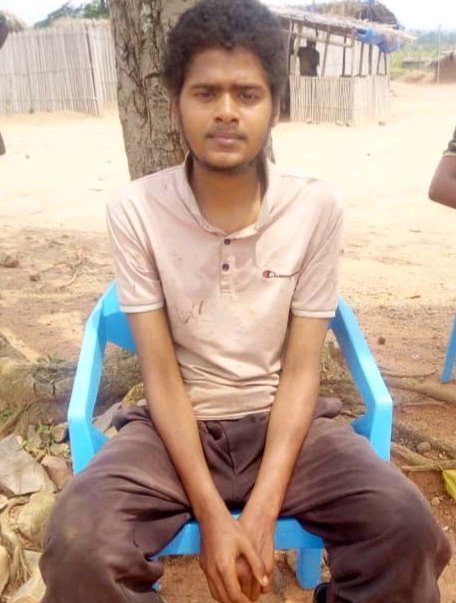 On January 2022 while still in DRC, salim was suspected to have Joined a malicious organization, Islamic State Central African Province(ISCAP) and ADF operating between Rwanda and Democratic Republic of Congo.

Earlier, Kenyan government had set a Kes10 million bounty on Salim's head after he disappeared from Kenya.

It was alleged that Salim is flew to Turkey under the guise of pursuing further education, but was extradited by Turkish government when he was caught trying to Cross to Syria.

According to you, should the Kenyan Government extradite Salim? Share your opinions freely on the comments section. 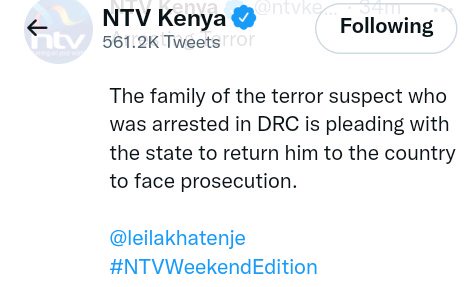 Kibaki's Grandson, Sean Andrew Sends a Heartfelt Message to His Late Grandfather as He Gives Thanks.