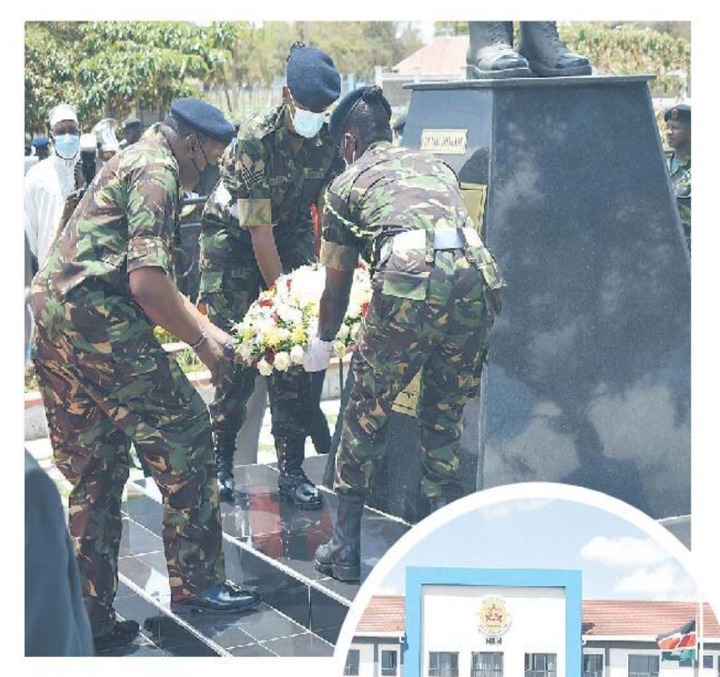 Yesterday HE President Uhuru Kenyatta joined the KDF in marking one decade (10 years) since the Kenya Defense Forces sent troops to Somalia in the Operation Linda Nchi. During the KDF Day, the head of state also laid a wreath on a monument that was built in memory of the many Kenya Defense Forces soldiers who lost their lives in Somalia during the Operation Linda Nchi. 35 gallant soldiers died during the operation that begun in 2011 during Kibaki's government.

The ceremony for the KDF Day took place at Kahawa Barracks. The ceremony was presided over by President Uhuru Kenyatta who is the Commander-In-Chief. General Robert Kibochi who is the Chief of Defense Forces was also present during the ceremony.

All the 35 fallen Kenya Defense Forces soldiers were based in Kahawa Barracks. The soldiers were later deployed to Somalia during the Operation Linda Nchi to degrade the aggressors from the neighboring country who were a threat to peace and stability in the Republic of Kenya.

The fallen soldiers were commemorated as brave and daring officers who fought gallantly for their nation. They were also commemorated for paying an ultimate sacrifice in defending their motherland. 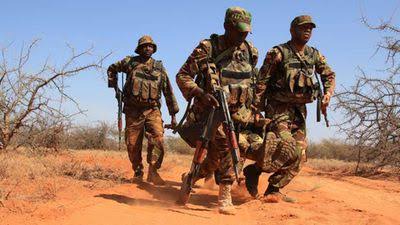 The gathering which president Uhuru Kenyatta addressed yesterday during the KDF Day ceremony included some soldiers who fought in Somalia. The families of fallen soldiers were also present. Those who fought wore badges of honour in commemoration of their fellow colleagues. Among the immortalised soldiers who died on different dates in Somalia while in line of duty include: 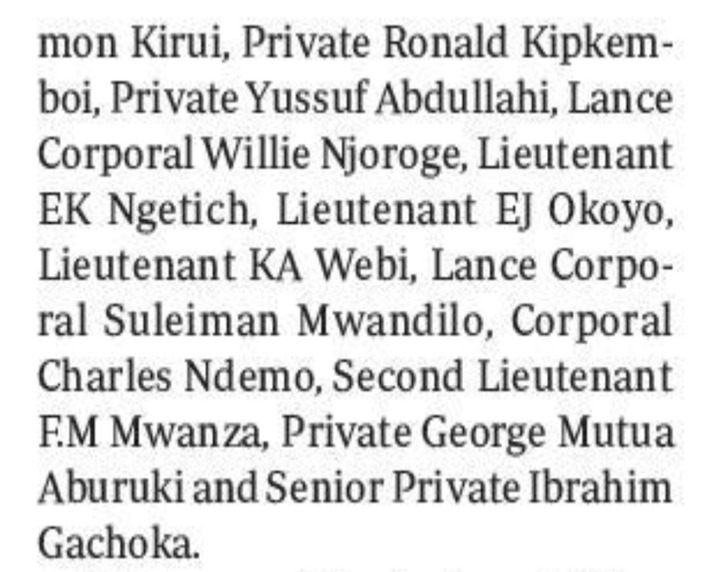 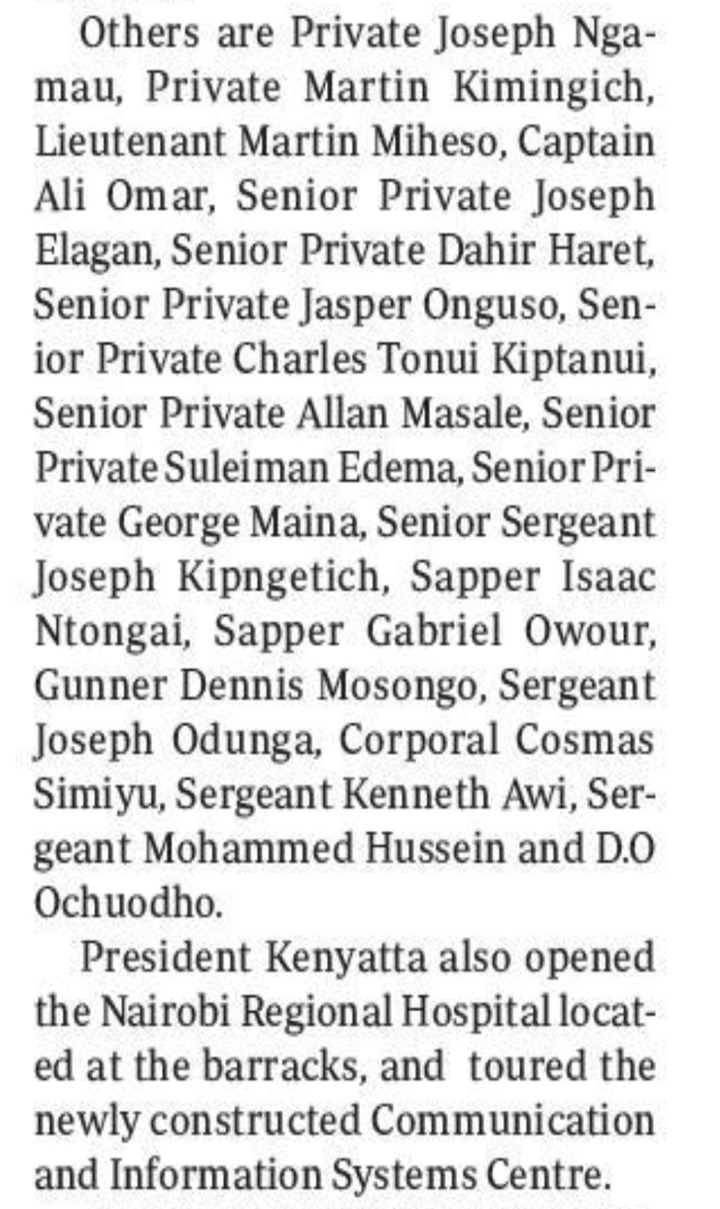 Kitui Tena, Kitui County Governor In A Big Trouble After Over 20 People In The County Confirmed Dead