Col. Lengusuranga of the Kenyan Army has reportedly taken over as William Ruto's aide-de-camp, according to news that has just started to circulate. 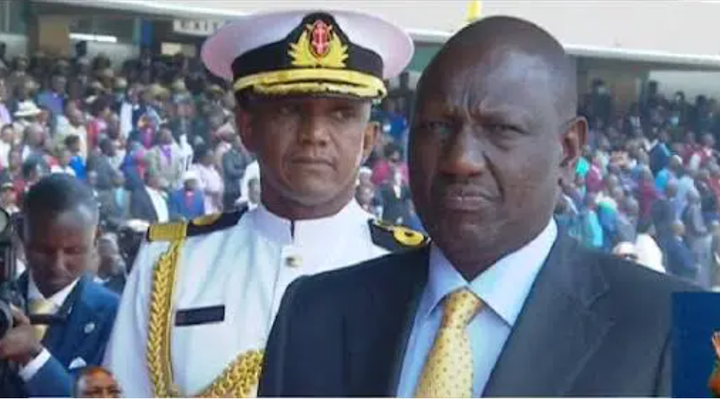 Brigadier Timothy Stelu is replaced by the new assistant, who will now return to the Department of Defense for redeployment to his favorite Brigade.

As Dp Rigathi's brother was being sent out today, President William Ruto and his close associates descended upon Mathira in Nyeri county.

Stelu was visible directing Lengusuranga during the entire event, providing details and protocol.

Ever since he assumed the position of Commander in Chief, the president appears to be making some adjustments to the military.

In the near future, additional adjustments are anticipated.

On the other side, in a five-year period, Gachagua lost both of his brothers: James Reriani in May 2022 and the former Nyeri Governor Nderitu Gachagua in February 2017. 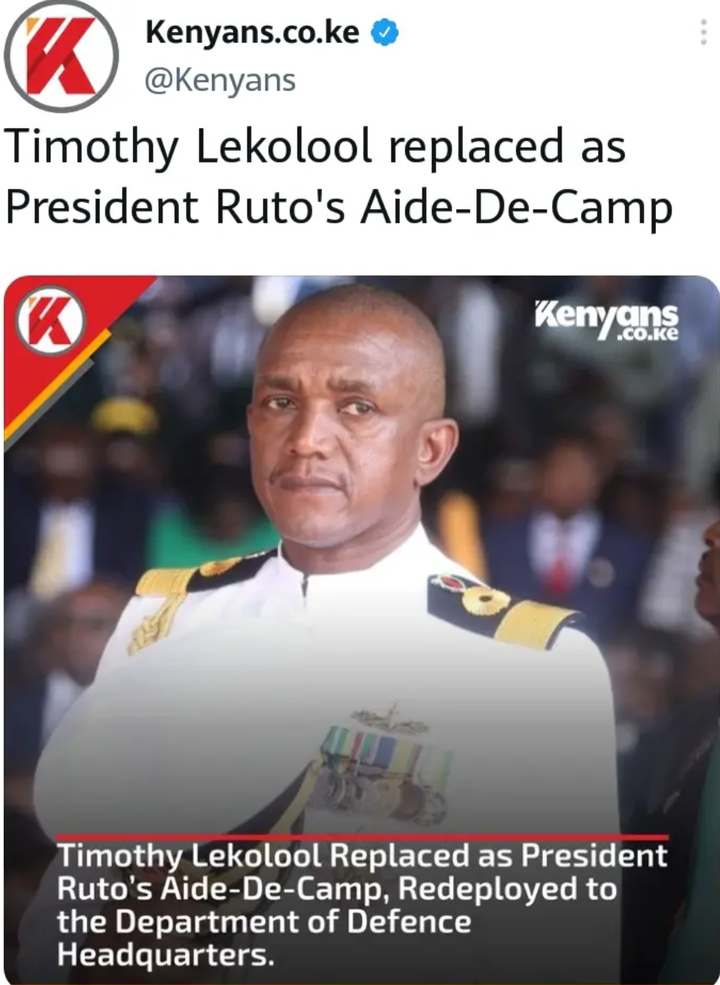 Jackson's funeral will be held at Hiriga Primary School in the Mathira constituency, which is Gachagua's home territory.